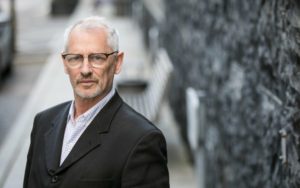 Lithuania’s Genocide Center has published another finding of alleged historic dimensions, transforming Nazi collaborator Jonas Noreika into a Righteous Gentile who rescued Jews from the Holocaust. The story goes, he organized a network for rescuing Jews from the Šiauliai ghetto. How many professional historians did it take, after long discussion and examination of the facts, witnesses and circumstance, to come to this stunning conclusion exactly on Christmas Eve? One. And he’s not an historian, he’s a geologist working as a public relations expert.

What do the professional historians say about this finding (it was written based on testimony by the Catholic priest Jonas Borevičius to a court in the United States)? Director and senior academic of the Lithuanian History Institute, doctor habil. of the liberal arts Alvydas Nikžentaitis and Vilnius University History Faculty professor Dr. Nerijus Šepetys appear to hold the same opinion: if this were a student’s work, it wouldn’t weather critique and would receive a very poor grade indeed. It’s appalling the director of the Center for the Study of the Genocide and Resistance of Residents of Lithuania signed off on the finding.

Before I go further, I’d like to remind my detractors as well as proponents I have never, neither in writing or orally, demeaned Jonas Noreika’s nor Kazys Škirpa’s devotion to Lithuania from 1941 to 1944. If real, reliable documentary evidence were discovered demonstrating I have made a mistake, for example, regarding Jonas Noreika, I would change my mind. My criticism was and is directed against the criteria for heroization by which the Genocide Center facilely lionizes those who are tainted with the persecution of their Jewish fellow citizens.

The finding which has been presented, unfortunately, doesn’t fall outside this context. Presto chango, yet another proof of innocence was required. And so comes this interpretation of father Borevičius’s testimony to Noreika’s benefit, another in a series of irresponsible speculations by the Genocide Center. Apparently director Teresė B. Burauskaitė hasn’t learned from her mistake when she presented false information about Lithuanian Provisional Government prime minister Juozas Ambrazevičius-Brazaitis allegedly having been exonerated and rehabilitated by the United States. She’s doing the same thing again. Question: how does a state institution (tasked with forming and judging historical memory) allow a person who holds the qualification of geologist to author historical findings? And keep in mind, these findings are supposed to be official, and followed by all state institutions.

It is completely scandalous this very director of the Genocide Center admits not all of her staff have history education. And, she says and I quote: “I myself am not an historian so for me inner conviction is very important … I set for them the criterion: do you yourself believe in the results of your research?” (Lithuanian public radio and television, December 23, 2019). Vilnius University History Faculty professor Dr. Jurgita Verbickienė reacted in the following manner to this astounding admission by the director of the Genocide Center: “This answer simply blew me away.” Dr. Verbickienė was categorical: “Faith alone won’t suffice. One has to know how to work with sources and a person who doesn’t have an education in history doesn’t have this skill. As clear and as broad as possible context has to be presented. People without the prerequisite education cannot be academics.” (Lithuanian public radio and television, December 23, 2019). Sadly, apparently the director of the Genocide Center can.

So, on the happy holiday of Christmas the Genocide Center’s resident Geologist posted this amazing finding, available in Lithuanian here. It was meant to squash all arguments Jonas Noreika had been a Nazi collaborator. The finding is based on the testimony of father Jonas Borevičius, who rescued Jews in the Šiauliai district, to a U.S. court in Chicago in 1986. It was part of the trial then being held the United States vs. Antanas Virkutis. Intentionally or not, the Genocide Center’s geologist fails to say why the esteemed Catholic priest was a witness for Virkutis’s defense at the trial. And, of course, nary a word about Antanas Virkutis himself.

But knowing this is essential. Virkutis was the warden of the prison of hard labor in Šiauliai during the Nazi occupation. Prisoners who were brought there including by the Gestapo underwent starvation. The prison of hard labor in Šiauliai was infamous for the awful treatment and mass murder of its prisoners. Virkutis himself admitted to the American court he was the prison warden and that the Gestapo transported prisoners to the prison. He only denied he starved the prisoners (Antanas Virkutis, No. 83 C 1758). Virkutis was accused by U.S. investigators of lying to the immigration service about his activities during the Nazi occupation. In 1988 Virkutis’s U.S. citizenship was annulled.

Why did father Borevičius testify for a criminal? Reading through Borevičius’s testimony to the court, it becomes clear he had assumed the task of loyally defending the good name of Lithuanians in the U.S. even though he knew the defendant was a criminal and a liar. The historian Nerijus Šepetys claims, with good foundation, Lithuanian-Americans did everything they could to help one another, and especially those who were tainted with the persecution or extermination of Jews. Many Lithuanian immigrants in the United States say the exact same thing. It might be quite interesting to research the loyalty postwar Lithuanian refugees in the U.S. had for one another. For instance, Antanas Impulevičius, the murderer of 47,000 Jews, became the chairman of the Lithuanian Community organization in a Chicago suburb.

So the reasonable question arises: is the priest’s statement alleging that Noreika instructed him to help the Jews of the Šiauliai ghetto true, or is it just what people did back then, defending their fellow Lithuanians in America? Consulting, perhaps, with their attorneys beforehand. Because an attorney initiated the conversation about Noreika. This question is the fundamental one in this discussion because we are talking about the credibility of the witness.

Reading Borevičius’s testimony carefully, his mode of thinking and defense become clear: whenever talk veers onto the track of the crimes committed by Lithuanian collaborators, he suddenly doesn’t remember the events or the dates. He says he didn’t know the white armbanders operated in Šiauliai, he didn’t know Jews were murdered in the Šiauliai district, he didn’t know Noreika sent the Jews to a ghetto. Even though in other passages he claims he knows very well of the events in Šiauliai because he lived in the city center and didn’t go anywhere else. But, he claims, he doesn’t remember whether there was a pogrom in Šiauliai on June 30, 1941, in which more than 1,000 Jews were murdered. He also can’t remember the names of the Jews he saved. Asked whether he knows about the “Kinder aktion” carried out in the Šiauliai ghetto in November of 1943, during which the Jewish children were murdered, he responds he has never heard of this. Queried about the role Lithuanians played in the mass murder of Jews in Šiauliai and surround areas, Borevičius responds he lived in Šiauliai the entire time and therefore knows Lithuanians didn’t kill Jews. “Maybe some traitors did.” This sort of clear dissemblance raises real doubts about his story of his meeting with Jonas Noreika. These doubts are further fueled by the lack of a date for this meeting. Virkutis’s attorney began discussion of the topic of Noerika and an underground resistance of some sort, and it seems likely this had been agreed upon prior to the testimony. No Jews supposedly rescued by Noreika have ever been found. This is a prerequisite criterion set by the commission of judges of the Yad Vashem Holocaust Museum and Memorial Agency in Israel for determining a case of rescue.

I believe, with firm foundation, an article which appeared in the German magazine Der Spiegel in 1984 seriously gave fright to the Lithuanian-American community. In the article a refugee from Lithuania, the physicist, teacher and writer Aleksandras Pakalniškis, recalls how he heard Jonas Noreika assuring Germans he had ordered the shooting of the Jews of Plungė. It’s possible father Borevičius in response undertook to defend Jonas Noreika when the opportunity arose, in the Virkutis case.

By the way, there are already legends about the criteria which the Genocide Center uses to select witnesses. Our geologist in the name of Genocide Center casts aspersions rapid-fire on all witnesses who aren’t saying what they should be saying. Pakalniškis’s testimony is one of the more remarkable examples of this, see: https://www.youtube.com/watch?v=t9wQgB8k4G0 In suppressing his testimony, they also suppress his status as a professional and as an educated person, saying only Pakalniškis was an anti-Semite. Yes, and he never tried to hide his views, not even in his book “Per dvidešimtąjį amžių” [Through the 20th Century]. So why is there not even a word about Jonas Noreika’s anti-Semitic worldview in any of the “findings” by the Genocide Center, a worldview which has been proved numerous times. (I remind the reader again that the Genocide Center denies Pakalniškis’s statement).

So decide for yourself whether Pakalniškis’s testimony is reliable or not. According to one attorney and expert who has looked into this finding from the Genocide Center, Pakalniškis is more valuable as a witness because he could be questioned here in Lithuania. Moreover, direct testimony is always worth more than hearsay in another person’s case.

Genocide Center geologist Dalius Stančikas in his finding again and annoyingly explains Jonas Noreika didn’t know Jews weren’t safe in ghettos. If Noreika, who was a qualified attorney graduated from law school, didn’t know it wasn’t safe for Jews in the ghettos, if it was safe for Jews in ghettos, then why did Noreika feel the need to rescue them? His defenders’ arguments are intended for extreme idiots. I’ll just remind you that while Noreika “didn’t know anything,” his intimate colleagues exterminated all the Jews of Telšiai and Plungė in July of 1941, and finally in October of 1941 murdered all the Jews who had been sent to the Žagarė ghetto.

I have already written about Noreika’s “not knowing anything.” If we go by what his proponents say, we get the impression Noreika was a completely uneducated peasant farmer. The fact is he was an attorney and as far back as 1933 was sharing his hatred of Jews in a remarkable manner in his small book suffused and glistening with anti-Semitism, “Pakelk galvą, lietuvi” [Raise Your Head High, Lithuanian]. He knew full well of events in Europe. In his 1939 article “Kardas” [Sword] he examined events in Germany and Italy, expressing his full approval for fascism and dictatorship. There is no way he didn’t know about Kristallnacht in 1938, when Jews were robbed, burned out and murdered in pogroms across Germany.

Historian Alvydas Nikžentaitis is correct in pointing out that, just as journalists must, so, too, must historians go by confirmed facts and standards of law, they must differentiate between the terms “allegedly” and “proven fact,” they must check their sources of information, their witnesses, and comprehend the psychological and social contexts within which those witnesses operate. The Lithuanian television channels, however, would rather transmit enthusiastically the “new” narrative of “Jonas Noreika: Rescuer of the Jews” by the Genocide Center’s public relations specialist and geologist, so far totally unconfirmed. Does that enthusiasm explain why they didn’t find it necessary to talk to any professional historians who might look at this “finding of history” critically?

Most likely the Genocide Center is going for broke trying to defend its earlier finding at any cost. It’s time to stop this flawed tactic by the Genocide Center of stating wishful thinking over reality. Perhaps the next director of this agency will demand his or her employees engage in what this institution has been given for, in determining the truth. This has to be done by professional historians. Geologists holding the state by its short hairs should go back to doing their own jobs.