The old Jewish cemetery in the Šnipiškės (Shnipishok) neighborhood in Vilnius wasn’t destroyed in a single day. Back at the turn of the 19th to 20th century, the remains of 700 Vilnius Jews buried there were exhumed and reburied in a different part of the same cemetery during construction in the surrounding area.

Later during the Soviet era during the mid-20th century when work went on to extend what is now Šeimyniškių street, encroaching again on the old Jewish cemetery, these 700 burials were again exhumed and sent to a different grave. They were rediscovered in 2003 during construction of apartment houses next to Vilnius’s King Mindaugas Bridge. At the time, Lithuanian Jewish Community chairman Simonas Alperavičius resolved to have these 700 reinterred at the still-operational Jewish cemetery on Sudervės road in Vilnius. The reburial ceremony was attended by LJC officials and rabbis. The new grave there was marked with four posts.

In 2018, 15 years on from the above-mentioned reburial, LJC leadership resolved these many human remains, moved around somewhat unceremoniously, needed their honor restored by creating an appropriate unknown grave headstone (within the area of the four posts at the grave plot) remembering them and providing information about the people buried there.

This is the story of how a grave monument appeared for these 700 Vilnius Jews.

Architect Victoria Sideraitė-Alon formed the project to do so in 2018, recreating the famous “ohel” style characteristic of the Šnipiškės cemetery on iconographic material. These likely do mirror most faithfully the grave monuments of these now unknown Vilnius Jews and were not found at other Jewish cemeteries in Lithuania. Former LJC rabbi Izakson helped select a fitting passage from Scripture which figures on the grave monument in Hebrew, English and Lithuanian:

YOU, O LORD,
ARE ENTHRONED FOREVER;
YOUR THRONE STANDS FROM AGE TO AGE
WHY, THEN, SHOULD YOU
FORGET US, ABANDON US
SO LONG A TIME?
LEAD US BACK TO YOU, O LORD,
THAT WE MAY BE RESTORED:
GIVE US ANEW SUCH DAYS
AS WE HAD OF OLD

This might sound like a typical Litvak’s complaint to the Almighty, but in this case it’s entirely fitting. 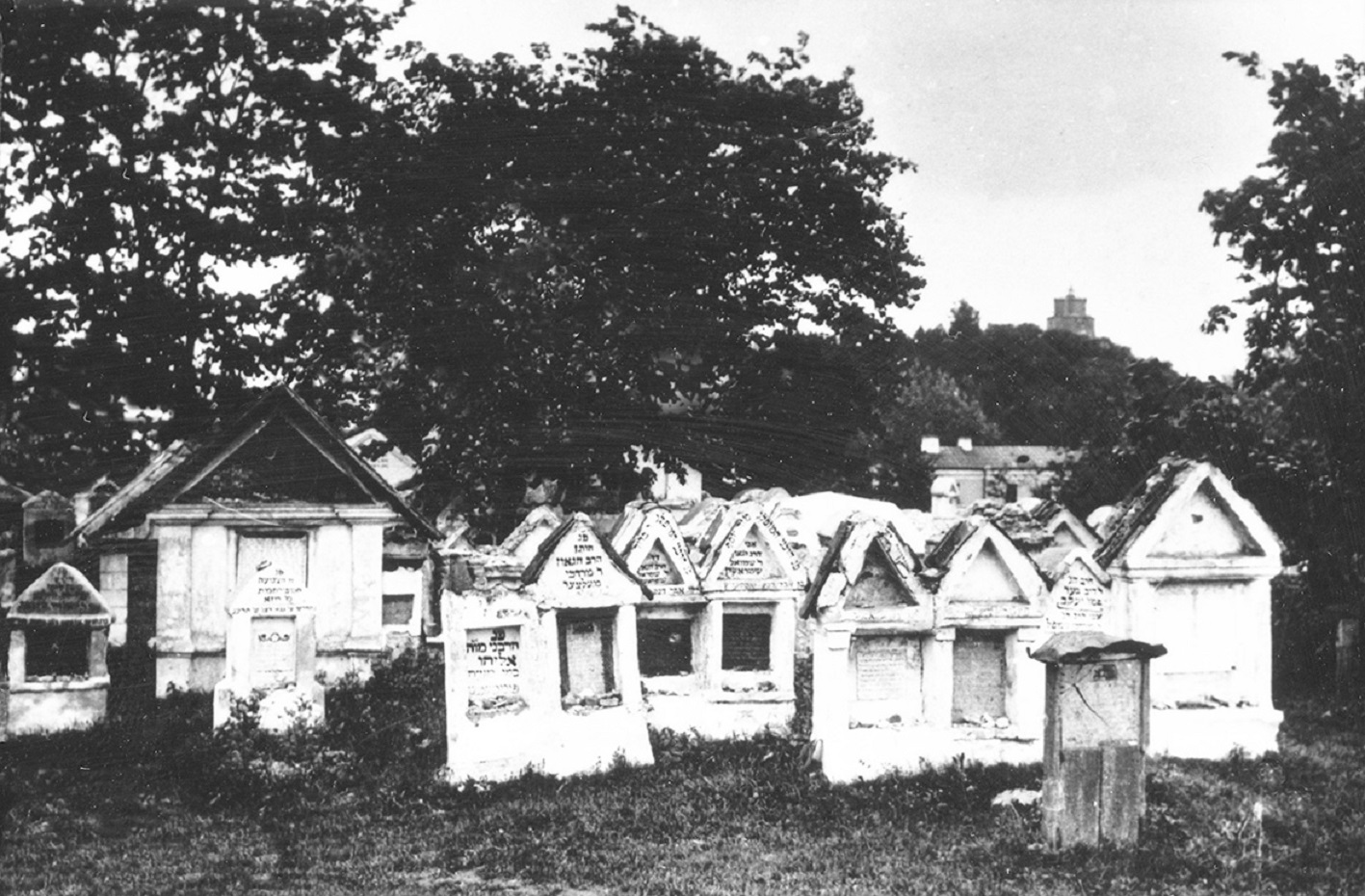 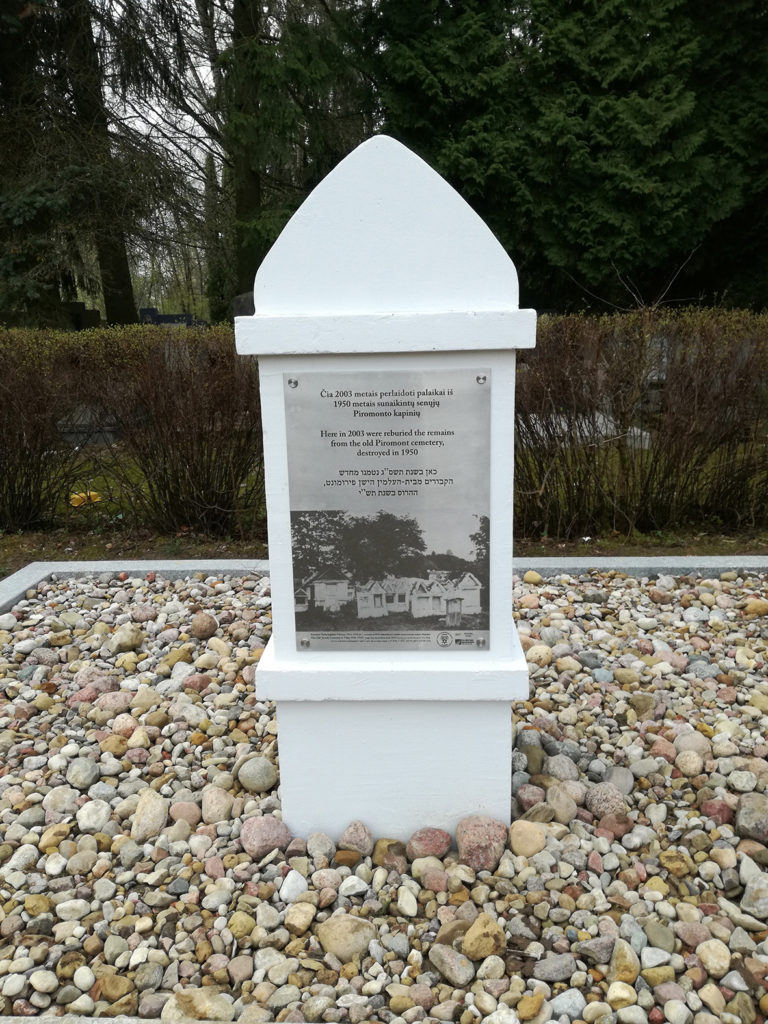 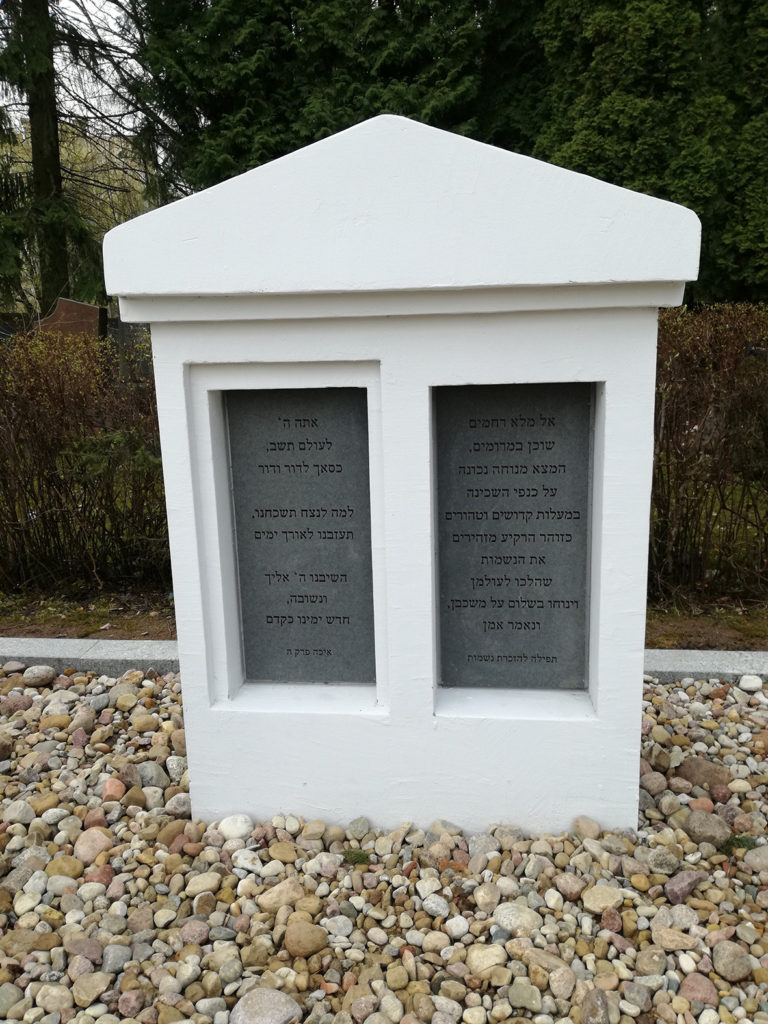 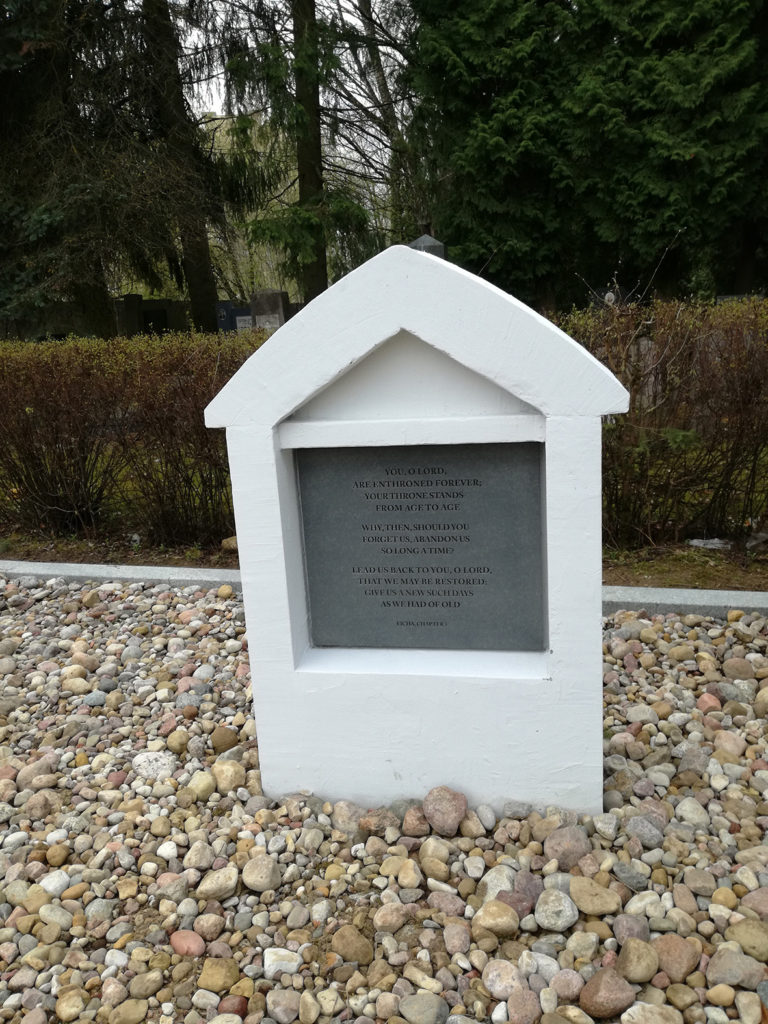