We are deeply saddened to learn of the passing of Emil Kalo, former member of the World ORT Board of Trustees.

Dr. Kalo was the leading light of ORT Bulgaria and had chaired the organization since 2007.

An economist and doctor of philosophy, he was also a key figure in Sofia’s Jewish community and a former chairman of Shalom, the organization of Jews in Bulgaria.

Robert Singer, World ORT Board of Trustees chair, said: “Our dearest Emil was a wonderful person and a true friend. He was highly educated, an extraordinary professional, and was devoted to making the world a better place for the Jewish people. He wholeheartedly believed in education as the ultimate tool to achieving this.

“Emil was a true ORT-ist in his spirit: he immensely contributed to the success of ORT, including by building the ORT Sofia school together with the Lauder Foundation, achieving milestones that will touch upon current and future generations of Jewish students.

“We will deeply miss him, and he will remain forever with us in our hearts.” 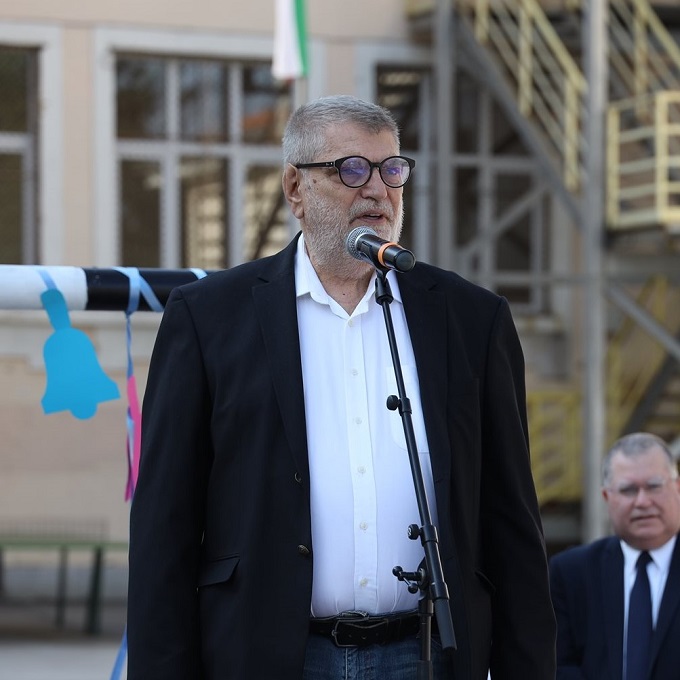 He also served as a vice-president of the World Jewish Congress and as a member of the European Jewish Parliament. He wrote several books and was on the board of the Union of Bulgarian Writers.

WATCH: Emil Kalo on the importance of education

“As founder of ORT Bulgaria, he was instrumental in the remarkable progress made by the 134th Dimcho Debelyanov ORT Jewish School in Sofia over the past 15 years. He defended ORT Bulgaria’s cause and existence in the most difficult moments for the organization, at all levels.

“Educated and erudite, a real humanist, he loved to come to the school, to communicate and debate with students and teachers. Having a fine sense of humor, he loved to have fun and was a fascinating storyteller, revealing unexpected points of view.

“Personally for me, Emil was not only a great leader, but also a great friend who always offered advice and encouragement. He was an integral part of school life. A favorite of all teachers, who eagerly awaited his every appearance and every speech. We will miss him so much.” 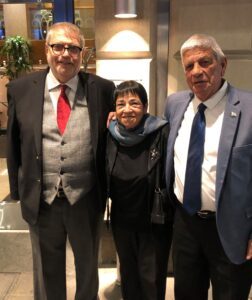 Emil Kalo with his friends Moti and Pnina Dotan

Moti Dotan, World ORT Kadima Mada chairman and honorary chair of World ORT’s Board of Representatives, developed a close friendship with Dr. Kalo through their work together for ORT.

He said: “It’s hard for me to speak or write about Emil in the past tense. ORT brought Emil and me together. He always felt a great and deep commitment to the organization and especially to the Jewish youth in Bulgaria.

“Emil was one of my best friends at ORT. Out of his love for Israel he extended every visit and always stayed an extra few days. I had the privilege of hosting him at my house. He was a pleasant man, very determined and true to his principles of integrity and friendship.

“I will miss Emil very much as a friend and as partner at ORT and will always remember him with his big smile and joy of life.”

Born in Sofia, Dr. Kalo graduated from the University of National and World Economy and studied for his doctorate in philosophy at the Bulgarian Academy of Sciences. He was the long-standing scientific secretary of the Center for Science at the Presidium of the Bulgarian Academy of Sciences in the 1970s and 1980s, before moving to be economic director of a series of newspapers and magazines.

We send our condolences to Dr. Kalo’s wife Velika, son, grandchildren and wider family, and to our colleagues and friends in Bulgaria who feel his loss so deeply.