The Bank of Lithuania has issued a coin with Hebrew inscriptions commemorating the Vilna Gaon as part of the project to mark 2020 as the Year of the Vilna Gaon and Litvak History. Israeli prime minister Binyamin Netanyahu said Sunday this was an “exciting” moment.

The new coin with a nominal value of 10 euros was issued publicly last week.

“Yesterday I heard that the Lithuanian government minted a coin in honor of Vilna Gaon, who was one of the biggest Jewish philosophers and Torah specialists and one of the greatest people to have been born into the Jewish nation. It’s very exciting to have a European coin with Hebrew letters on it, commemorating one of our greatest people,” Netanyahu said Sunday, adding: “I say this as Israel’s prime minister and as a son of the Jewish nation, but also because my family is related to Vilna Gaon’s family.” 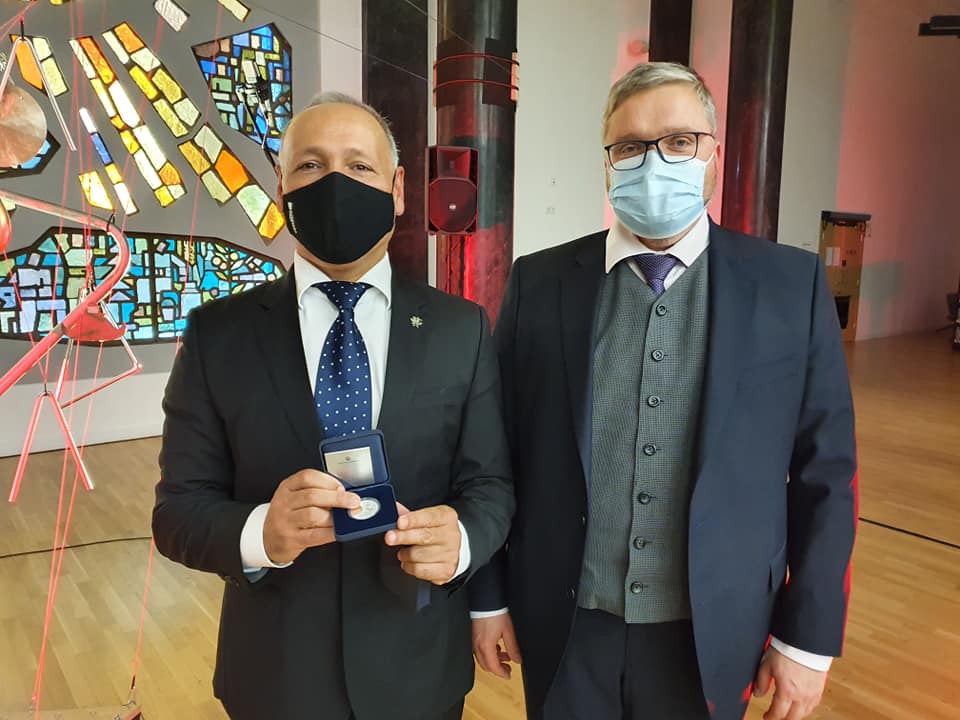 Ambassador Avni-Levy also thanked Bank of Lithuania director Vitas Vasiliauskas for what he called a wonderful gesture which touched the hearts of many Jews and Israelis.

“I’m at a loss for words to express my gratitude to Bank of Lithuania director Mr. Vasiliauskas and the Lithuanian Government for this wonderful gesture which touched the hearts of so many Jews and Israelis. This is truly one of the most wonderful moments for me as the ambassador of the nation to which the Gaon belonged. Those who are building these highways of empathy and love between our peoples show just how wonderful Lithuania is,” the Israeli ambassador told LRT in a letter.

The coin is made of sterling silver and weighs 23.3 grams. Two thousand five hundred coins were issued.

The coin designer is architect Victoria Sideraitė-Alon. She combined the Columns or Posts of Gediminas or the Gediminids with the Jewish Menorah. The obverse of the coin contains the inscription in Hebrew and Lithuanian “Year of the Vilna Gaon and Litvak History in Lithuania.” The year is indicated according to the Gregorian as well as the Jewish calendar.

The reverse of the coin has raised Hebrew letters in gold with the the name of the Gaon and the letter shin, which stands for the number 300 in traditional Hebrew orthography.