The Lithuanian Jewish Community and historians are raising questions about Vidmantas Valiušaitis’s new appointment as an advisor at the Center for the Study of the Resistance and Genocide of Residents of Lithuania [Genocide Center]. Valiušaitis says he won’t try to vindicate himself because he says his work speaks for itself.

New Genocide Center director Adas Jakubauskas took over two months ago and began assembling his team. Besides a deputy director, Jakubauskas also appointed two advisors, one them being Vidmantas Valiušaitis, a long-time journalist, publicist, author of books, for several years the director of the Laisvoji Banga radio station and who in 2017 began working as a methodologist and researcher at the Documentary Heritage Research Department of the Lithuanian National Martynas Mažvydas Library.

His new appointment has caused dissatisfaction on the part of the Lithuanian Jewish Community and has raised questions for historians. 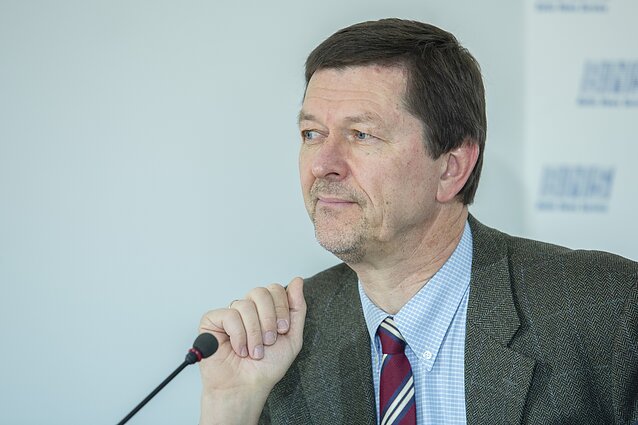 The Lithuanian Jewish Community released a statement on their website asking the director of the Genocide Center to reconsider whether Valiušaitis is able to fulfill the duties given him. The statement says the Community is concerned because Valiušaitis is directly engaged in Jewish history and its distortion [sic, in the distortion of history].

“We would like to point out that in several recent publications Vidmantas Valiušaitis intentionally distorted the facts and publicized these falsehoods concerning the anti-Semitic activities of the Lithuanian Activist Front and the Lithuanian Provisional Government of 1941. Moreover, Vidmantas Valiušaitis basically denied the conclusions arrived at by the International Commission for Assessing the Crimes of the Nazi and Soviet Regimes in Lithuania regarding the clearly anti-Semitic views and actions of these organizations and their leadership directed against the Jews of Lithuania,” the statement says.

The claim is being made Valiušaitis’s position on this issue has been criticized publicly by the most respected historians from Lithuania and the world who study the period of the Nazi occupation [of Lithuania].

“The Lithuanian Jewish Community disapproves of the appointment of someone who is a public proponent in Lithuania of those who spread anti-Semitism to a post which is in fundamental opposition to the public stance taken by Vidmantas Valiušaitis, a person who publicly defends anti-Semites who have contributed directly and indirectly to the extermination of the Jews of Lithuania, a person who should not even be considered for any post at a Lithuanian government institution which has been formed and tasked with basically studying the expressions, ideology and crimes of genocide involving mass murder in Lithuania objectively,” the LJC said in their statement. 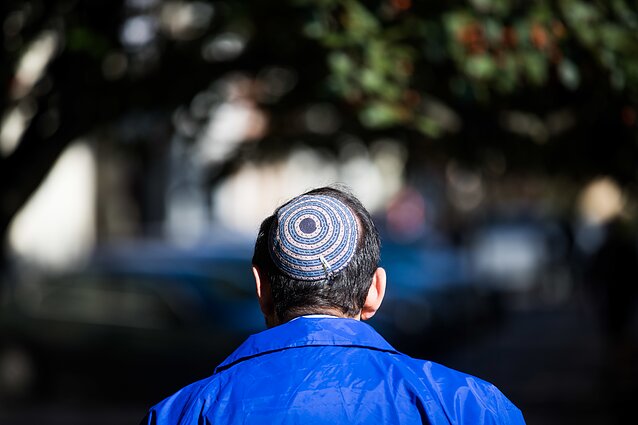 Historians: They Found a Way to Force the Party Line on the Center

Historian Arūnas Streikus told the LRT website the community of historians harbored doubts on Valiušaitis much earlier, when he was being considered for the post of head of the Genocide Center. Back then there were questions on statements by the man now appointed advisor to the current director on sensitive and little-studied historical issues.

“This sort of information was going around until the new head was appointed. The community of historians was very pessimistic about it, that it could become state policy, tendentious statements with such a personal viewpoint not based on research,” Streikus told LRT.

He said the skeptical opinion of the history community concerning Valiušaitis’s fitness for the post of Genocide Center director was expressed to Arūnas Gumuliauskas, the chairman of the parliament’s Commission on the Historical Memory of the State and Battles for Freedom, during deliberations for appointing a new director.

“But in this way they discover, possibly, a way to force this line nonetheless on the Center, partially. It’s hard to say without knowing what went on behind the scenes,” Streikus said. 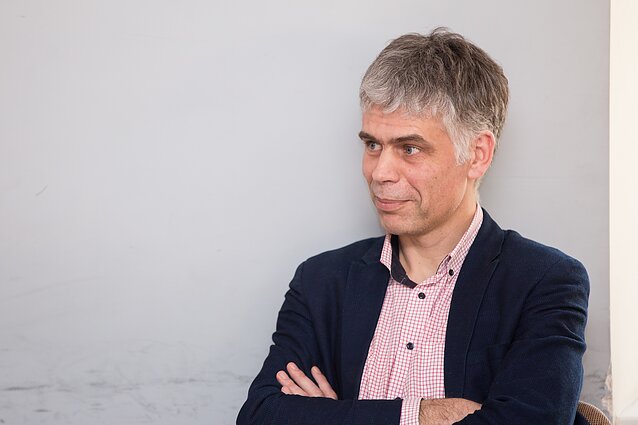 He didn’t deny the possibility Valiušaitis as advisor could exert influence on the director so that one lines of historical memory policy would be more pronounced at the Genocide Center. “There is such a danger, without a doubt, because the new director is not a person who has worked directly in this time-period, who doesn’t know the problems of the period and the research associated with it. It is much easier to manipulate him on these issues.”

The historian Nerijus Šepetys also criticized the decision to appoint Valiušaitis advisor to the director. Šepetys said the title of the Center for the Study of the Genocide and Resistance of Residents of Lithuania alone shows the Center is first of all a research institution.

“Unfortunately, the Lithuanian parliament, dominated by political forces with a specific view of learning and a specific understanding of learning, appointed to this post a person who is truly not exceptional in terms of academic research within the limits of the Center’s competency,” Šepetys commented. 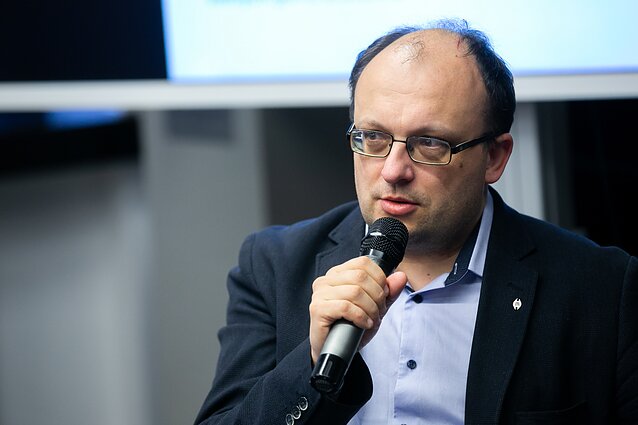 He said even back then the historians’ community harbored the suspicion a certain kind of appointment was desired which Šepetys characterized as more cosmetic, attempting to carry out a short-sighted nationalist memory policy through the Center which, he said, had already been demonstrated by some representatives of the ruling majority.

“The honorable Vidmantas Valiušaitis has been very active in the field of commemorating history and especially the battles for freedom throughout the period of Lithuanian independence, but in a certain sense his activity is in wholesale opposition to academic research. … Under normal circumstances historical research is not a battle and not the romantic glorification of real or imaginary heroes and the whitewashing of their reputations.

“The absolute majority of World War II and post-war researchers and experts I know are highly skeptical of the publications by the honorable Vidmantas Valiušaitis, and especially of his history policy activities,” Šepetys said.

Valiušaitis: I Have Nothing to Justify

Asked to comment on the statement from the Lithuanian Jewish Community, Valiušaitis said he had happened to read it and he was surprised no one had signed the statement.

“No one dared put their signature to it, to present in whose name it was being made. It is anonymous, and that is a relic of the totalitarian regime which, unfortunately, is being used in independent Lithuania as well, although it shouldn’t exist,” Valiušaitis said.

He said the statement didn’t contain even one fact which might show his dishonesty. Valiušaitis said for more than a decade he has been studying the resistance and has published three books and hundreds of articles, none of which, he claims, have been criticized.

“I am afraid of no historian, and of no other person who might go and deny my facts. … No one has disputed my facts, but for some reason they don’t like them, someone doesn’t like them. But you deny my facts, all of my texts are public, the books are accessible. Deny the facts, but don’t make accusations about non-existent things which are just made up. …

“I haven’t taken any step here. If I make a decision of some kind, there is such a thing as formal criticism, where actions, words, decisions and resolutions are judged. Then I understand maybe a mistake was made. But this here is a completely ad hominem attack below the belt. So what kind of discussion or deliberation can there be?” Valiušaitis told LRT.

He said he has received numerous awards for his work and has been recognized in the highest government institutions, and therefore has no reason to justify himself.

“I’m not going to do this and I don’t want to give too much significance to the statement. People have opinions, other people have other opinions. You can’t force everyone to think the same way,” Valiušaitis said. 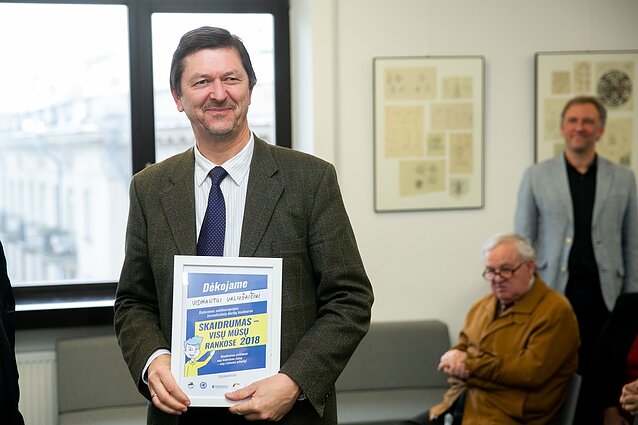 “This is an issue of the reputation of the Genocide Center, and even its future prospects. We know that in recent years it was sharply attacked in Lithuania and abroad. On the eve of the appointment of Adas Jakubauskas as general director, another missive was also released, they attempted to compromise him, to show he was some sort of Russian agent or something. You know, this is nothing new. This sort of thing still exists in Lithuania. It is petty. But it says more about the reputation of the forces which use these kinds of methods.

“And on the interests for ruining the Genocide Center, as I understand it, there are people who want the Center to disappear completely. Because someone wants to monopolize the explanation of history and to stifle all discussion,” Valiušaitis commented.