The Švenčionys region of Lithuania is a multicultural place where Lithuanians live alongside Poles, Russians, Belarussians, Jews and people of other ethnicities.

The Švenčionys Jewish Community was reconstituted in 2013. It is now headed by the energetic Švenčionys native Moshe Shapiro (aka Moisiejus Šapiro).

There was a large Jewish community living in the Švenčionys region in the period between the two world wars. In fact there were five synagogues operating there.

Jews there set up an herbal pharmaceuticals factory and different workshops in the center of the town of Švenčionys. Jewish effort, initiative and expertise were involved in all fields of production and business.

The first chairwoman of the Švenčionys Jewish Community was Bliuma Kac (aka Bluma Katz) born in 1913. She attended the Švenčionys Jewish gymnasium. In 1937 she was deported for decades to a Soviet camp in the far north near Alaska and Kamchatka and her one-year-old daughter was sent to a home for disabled children. Bliuma Kac was rehabilitated in 1956 and returned to Švenčionys where she spent the rest of her life. She began teaching and talking about the Jewish past there following Lithuanian independence and her stories appeared in the former newspaper of the Lithuanian Jewish Community, Lietuvos Jeruzalė (aka Jerusalem of Lithuania, once published in four languages), as well as Yiddish academic journals. 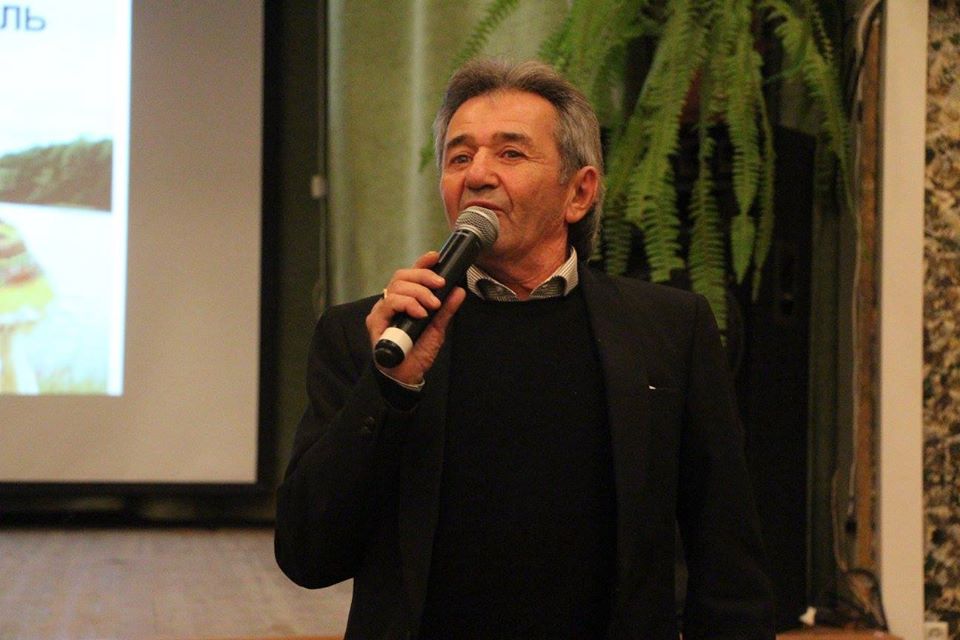 Moshe Shapiro joined in as a volunteer and Kac told him he would have to continue the work started after her departure. Bliuma Kac was his consultant and teacher. He later unveiled a commemorative plaque at her place of residence in honor of her memory. The Švenčionys Jewish Community includes the Švenčionys, Švenčionėliai, Pabradė, Visaginas and Ignalina districts, although there are few Jews still living in these places and almost no younger Jews. Moishe refuses to give and continues to provide services and support to the Jewish families within his community and to hold celebrations of the Jewish holidays. He also works with the local schools to hold Holocaust commemorations including at the mass murder sites. The chairman works closely with Lithuania’s Department of Ethnic Minorities and the city administrations of Švenčionys, Visaginas and Iganalina.

“I always receive the support of the regional mayors,” Moshe says. “I have many plans and I do see importance in my work. When I see that, it’s not so hard.”

Moshe is a veteran fisher and cook. Below is a family recipe in Lithuanian for gefilte fish. Moishe says he learned how to make gefilte fish from his mother Polina, who learned it from Hana from Pabradė.


“Life is better than it was before, but it was more fun before,” Moshe said about the past in his usual rapid-fire manner.