American novelist J. D. Salinger’s novel Catcher in the Rye will be commemorated with a statue near the family’s ancestral home in the Sudargas area of Lithuania Friday. Lithuanian Jewish Community member Geršonas Taicas looked into the man’s genealogy more deeply, using information from Lithuanian and American archives.

The parents of the great-grandfather of Jerome David Salinger were Solomon Zalinger and Sara Kan. 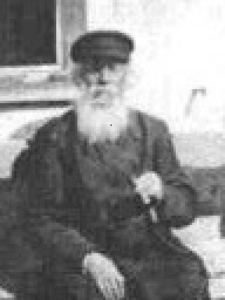 This is a photo of the writer’s great-grandfather, Josif Zalinger, who was born in Sudargas in 1828. His great-grandmother was Dora Shereshevsky, born in Tauragė (Tovrig) in 1833.

The Salinger ancestors lived on both sides of the Nemunas (Nieman aka Memel) River in the Lithuanian ethnographic regions of Suvalkija and Žemaitija. 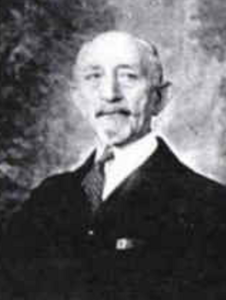 A file at the Lithuanian State Historical Archive shows the Salingers lived in Kiduliai village. The novelist’s grandfather Simon Zalinger was born in Tauragė on August 21, 1860 and his grandmother Fania Kaplan was born in July, 1865, in Baroniškiai village in the Panevėžys district.

Sudargas, the village were the statue will be unveiled, was once larger and served as a center for the collection of Jewish vital statistics. Incidentally, Friedrich Wilhelm III, the king of Prussia, once visited the Kiduliai village where the Zalingers/Salingers once lived.

The name changed from Zalinger to Salinger when the family moved to America. The writer’s grandfather was a leader in a local Jewish community and is sometimes called a rabbi. His father traded in kosher food, meat and cheese, imported from Europe. Salinger’s mother converted to Judaism and adopted the name Miriam.

The statue is scheduled to be unveiled at 2:00 P.M. on Friday, June 19, on Piliaklanių street in Burgaičiai village in the Sudargas area of the Šakiai district in Lithuania.