Israeli ambassador to Lithuania Yossi Levy visited Kaunas at the end of January, where he visited the Ninth Fort Museum and honored Holocaust victims there. He also visited Sugihara House, the museum where Japanese diplomat and Righteous Gentile Chiune Sugihara lived and worked.

Ambassador Levy also paid his respects at the memorial at the Lietūkis garage site where Jews were tortured and murdered on June 27, 1941. After that he went to the site of the former residence of Litvak poetess Lea Goldberg in whose courtyard is an art installation commemorating former Jewish life.

Ambassador Levy and deputy ambassador Adi Cohen-Hazanov met with Kaunas mayor Visvaldas Matijošaitis and the mayor’s team. Later the Israeli delegation met Daiva Citvariene and her team from the Atminties biuras [Office of Memory] group working on the Kaunas 2022 European Cultural Capital program. They discussed ways to commemorate the history of the Jews of Kaunas together. 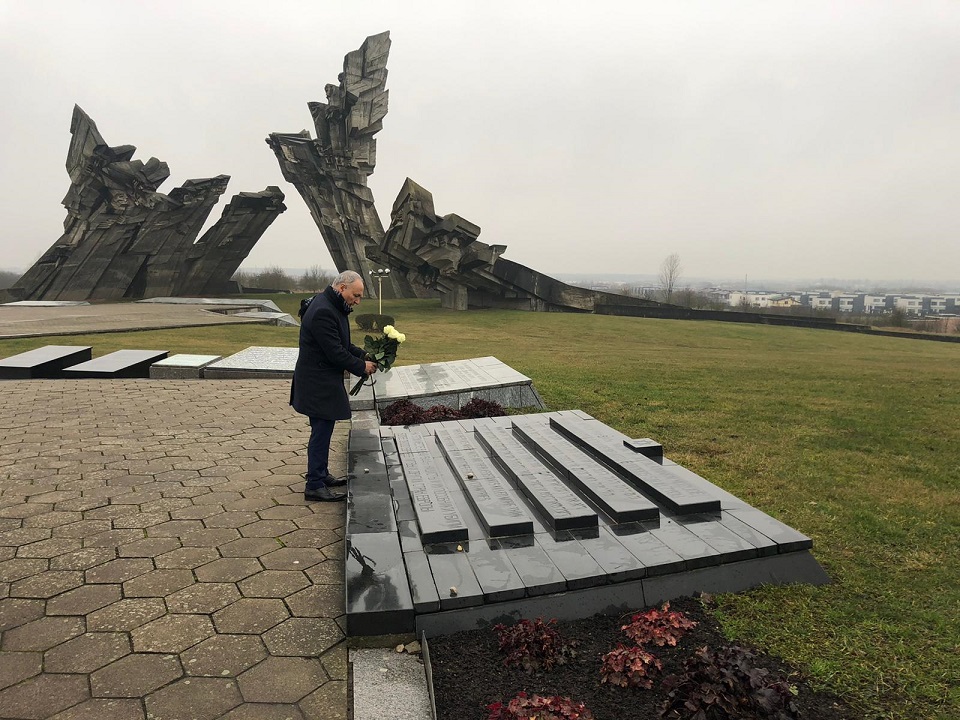