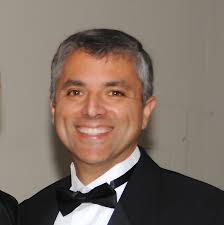 Many South African Jews are descended from an immigration wave from Lithuania in the 1920s. Our grandparents seldom explained the context; here it is.

During World War 1 when the current territory of Lithuania was part of Russia, the Tsarist army conducted a mass ethnic cleansing of Jews. During that period, especially in the spring of 1915, a number of Lithuanians took an active part in murdering old Jewish men, women, and even children, and plundering Jewish assets. Lithuania claims the Russians were entirely responsible for the actions of ethnic Lithuanians. Lithuanians retained the stolen Jewish property.

Betrayal after betrayal followed and Jews began to leave for greener pastures. It was the lesser-educated and unemployed Jews who left Lithuania, while the intelligentsia stayed on, hoping life would improve. Instead, they were slaughtered.

The world knows of the genocide perpetrated in Lithuania in 1941 in which Jonas Noreika was responsible for the murder of about 14,500 out of the 200,000 murder victims (including my own family). The sharing of Jewish property was widespread and once again Lithuanians were enriched by Jewish property.

Upon independence in 1990, we hoped Lithuania would reform and enter the pantheon of civilized nations, tell the truth and move forward as compatriots. Alas, our generation is as disillusioned as were previous generations. A bureaucracy named the Genocide Center has been established in Lithuania to rewrite the history of the Holocaust and absolve Lithuania of responsibility.

The Holocaust distortion in the case of Jonas Noreika has been noticed by the world and has exposed the government’s very deliberate deceptions. Lithuanian diplomats who have been tasked with attracting Jewish investment to Lithuania participate in this–Lithuania appears to have a strange fascination with Jewish assets. The case of a Lithuanian named Cvirka well demonstrates the strategy. Cvirka was a bad man and his victims were Lithuanians whereas Noreika’s victims were our own Jewish families. The Lithuanian government examined both, and declared Cvirka a collaborator, and Noreika “completely innocent.” What are the differences?

Cvirka assisted Soviets in deporting Lithuanians to Siberia where about 28,000 out of 250,000 deportees died of poor living conditions (11.2%). Lithuania defines this as a genocide. Noreika assisted Nazis in deporting Jews, where 96.4% were tortured, raped and murdered. When Cvirka signed instructions to deport Lithuanians, the government described these as “orders,” but Noreika’s instructions to ghettoize and plunder Jews are described as “letters” (a language difference designed to minimize the actions).

And so the comparisons continue, but, according to the government, the persecutor of Lithuanians is a criminal, and the murderer of Jews is a Lithuanian national hero. What might the difference be?

Many South African Jews have applied for restoration of citizenship rights but few know the history. Lithuania offered Jews restitution of stolen property on condition someone was a Lithuanian citizen. But they made it almost impossible for Jews to reclaim citizenship. I led a legal and media campaign to expose the dual system (similar to Cvirka versus Noreika), and met an identical wall of fraud, deception and anti-Semitism.

After the restitution period ended, Lithuania “discovered” how obstructionist its citizenship process was for Jews, and rectified it. It was able to claim that restitution had been offered, albeit almost nobody was successful with it. Now Lithuania holds out citizenship as an incentive, waiting for Jews to accept it, and then hopefully invest in Lithuania, travel there and promote the country (again, with this “rich Jews” fascination).

In the process of denying Jewish citizenship applications during the restitution process, the Lithuanian government called one of South Africa’s primary national heroes, Esther Barsel, “unreliable” because her testimony contradicted its ideology. Denying Jewish testimony as “unreliable” has a long history in Europe; Jews were never considered “reliable.” Lithuania has identified Noreika’s granddaughter Silvia Foti * as “unreliable” for disclaiming its Holocaust distortion of her grandfather’s murders. Also deemed unreliable are academics who have studied Noreika’s crimes, and a witness who reported Noreika’s own words ordering the murder of Jews.
The United States Congress wrote to the Lithuanian prime minister asking the government to stop misusing congressional documents for Holocaust distortion. Is Congress also “unreliable?”
A government public-relations consultant wrote a dishonest report claiming Noreika had saved Jews. According to the government, he is “reliable.”

Much has also been written about Lithuania’s intention to build a new convention center on top of a Jewish cemetery in Vilnius. Since identifying Cvirka as a “collaborator,” Lithuania has reported that his monument was built on Jewish gravestones. It wants to save these Jewish gravestones as an “act of good faith,” but criticizing the digging up of a Jewish cemetery makes one “unreliable.” [LZB notes there is plan in place to insure Jewish remains will not be disturbed at the former cemetery destroyed in the 1970s by the Soviets.]

Lithuania’s ruling party is discussing legislation to absolve the nation of Holocaust crimes. After all, it says, it wasn’t the state which did it but thousands of individuals, and these individuals should be identified and put on trial. Except Lithuania refuses to identify the individuals, and dead people can’t be placed on trial. Discussing these “minor details” would likely also make one “unreliable.”

Lithuania’s president Gitanas Nausėda was scheduled to attend the World Holocaust Forum at Yad Vashem on January 23 to mark the 75th anniversary of the liberation of Auschwitz-Birkenau. He will talk about the “loss” to the nation of its Jewish citizens, and minimize the Lithuanians who committed the murders. On January 24, 2020, a demonstration is scheduled to take place in Israel by the Association of Lithuanian Jews in Israel to protest Lithuanian Holocaust lies. On January 27, Lithuania will produce its annual “Holocaust regret show” in which it will talk about the devastation caused by Soviets and Nazis. Highly trained, professional writers will construct a message of sorrow and regret, but minimize Lithuanian involvement. Afterwards Lithuanians will go home and honor heroes such as Jonas Noreika.

Which is “unreliable,” Lithuanian actions, or Lithuanian words? The only appropriate response to Lithuania is disgust, anger and outrage.

* Silvia Foti’s Storm in the Fatherland: A Memoir Unmasking a War Criminal will be published by Harper Collins in Spanish in 2020 and by Regnery History in English in 2021.

South African-born Grant Gochin is actively involved in Jewish affairs focusing on historical justice. He has spent the past twenty years documenting and restoring signs of Jewish life in Lithuania. In March of 2019 he took the Lithuanian government to court to get it to recognise its active role in the Holocaust.