Litvaks held a protest January 24 at the Lithuanian embassy to Israel in Ramat Gan, a neighborhood of Tel Aviv.

The Association of Lithuanian Jews Living in Israel under the leadership of former Vilnius resident Arie Ben-Ari Grodzenskis sponsored the protest, which was mainly attended by elderly Litvaks, most of whom were born after the war, their grandparents having been murdered in Lithuania in the Holocaust.

Despite cold weather and rain, they gathered to remember the 220,000 Jews who lived in Lithuania before the Holocaust and built the Jerusalem of Lithuania.

The picket was aimed specifically against Lithuanian MP Arūnas Gumuliauskas, the chairman of the Lithuanian parliament’s Battles for Freedom and State Historical Memory Commission who announced in mid-December he was drafting a parliamentary resolution proclaiming the Lithuanian state and nation innocent of participating in the Holocaust, because the state and the people were under occupation, first by the Soviets and then by the Nazis.

One of the signs at the protest read: “Gumuliauskas: no law can wash away Jewish blood.” 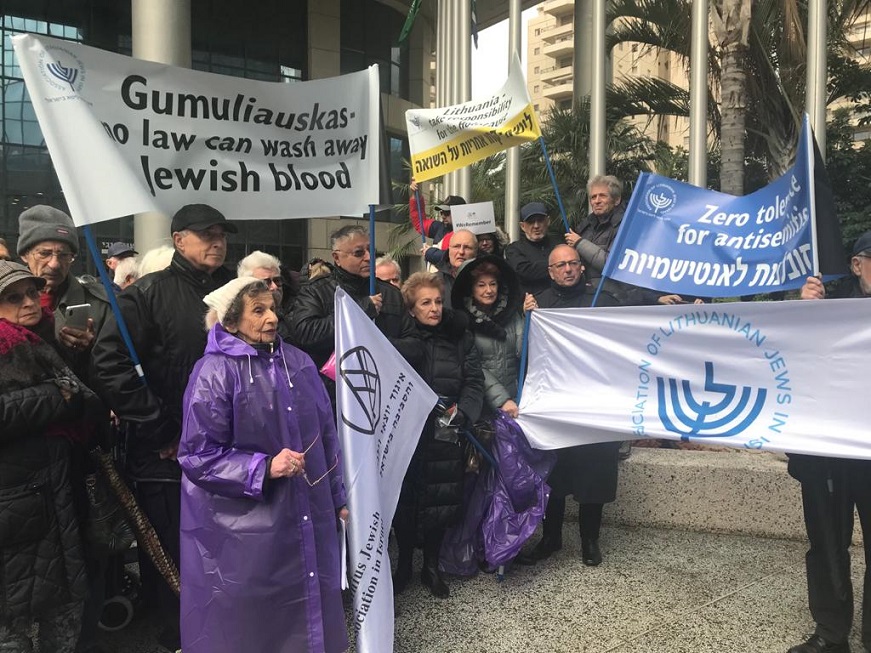 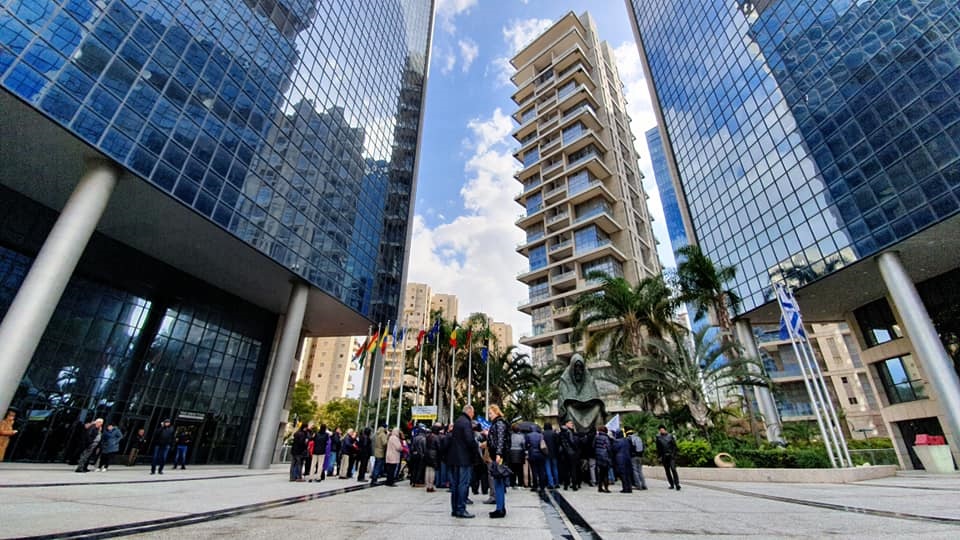