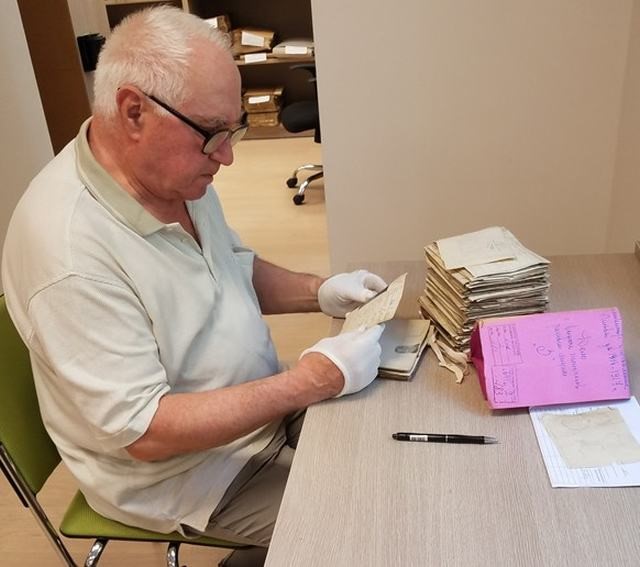 Comments on the Title of the Article

1. Radio Free Europe/Radio Liberty called me an Holocaust historian. I won’t deny such words please the ear. They aren’t true, though. I’m actually a pedant: I read very carefully without missing a letter. And at the same time I also think a little bit.

2. The real (infallible) Holocaust Historians work at the Genocide Center. For that reason in the second instance I write Historian capitalized and without quotation marks. The findings of the research of these historians are even carved in granite.

3. To my very odd question “can we rely upon the archival document?” I can give a not less odd reply: who can deny that this document wasn’t created by NKVD agents seeking to discredit collaborators who worked closely with the Nazis?

4. Abbreviations used in the archive’s routing code: LCVA is “Lietuvos centrinis valstybės archyvas,” or Lithuanian Central State Archive; f is “fondas,” or collection; ap. is “aprašymas,” or description; b. is “byla,” or case file and l. is “lapas,” page.

Giving credit where credit is due has always been a sort of “sacred cow” for me. So I’ll say it right away: I didn’t discover this document, US-born Lithuanian and mathematics PhD Andrius Kuklikauskas did.* On March 17, 2019, he sent me a photograph of a computer monitor from the Lithuanian Central State Archive with an almost unreadable copy of the document marked LCVA, f. 1436, ap. 1, b. 24, l. 12-14.

“Playing around” with Photoshop, I was able to read the document. The desire arose to acquire a better copy, so I went to the Lithuanian Central State Archive. But here I was greeted by a … “small” surprise: the code pointed to the wrong document. My attempt to find the document I sought by myself ended in fiasco, so I called Dr. Kulikauskas. It turned out a transcription error had appeared in the code of the document he sent: instead of 24, it was supposed to be 29.

I will begin with cheerful and sincere gratitude to Inga Bumažnikova, senior specialist at the Lithuanian Central State Archive’s manuscript documents department, for her help in searching for and working with archive documents. Mrs. Bumažnikova also informed me if I wanted to put documents on the internet, I would have to order them and acquire legal copies. I did get these legal copies: 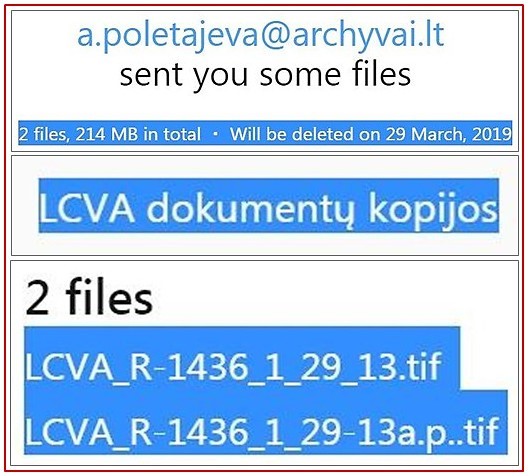 What you see below is a copy of the cover of Case No. 28 in the folder of the Alytus district chief (the case began in June of 1941 and was concluded in September of the same year):

And here is the document itself: 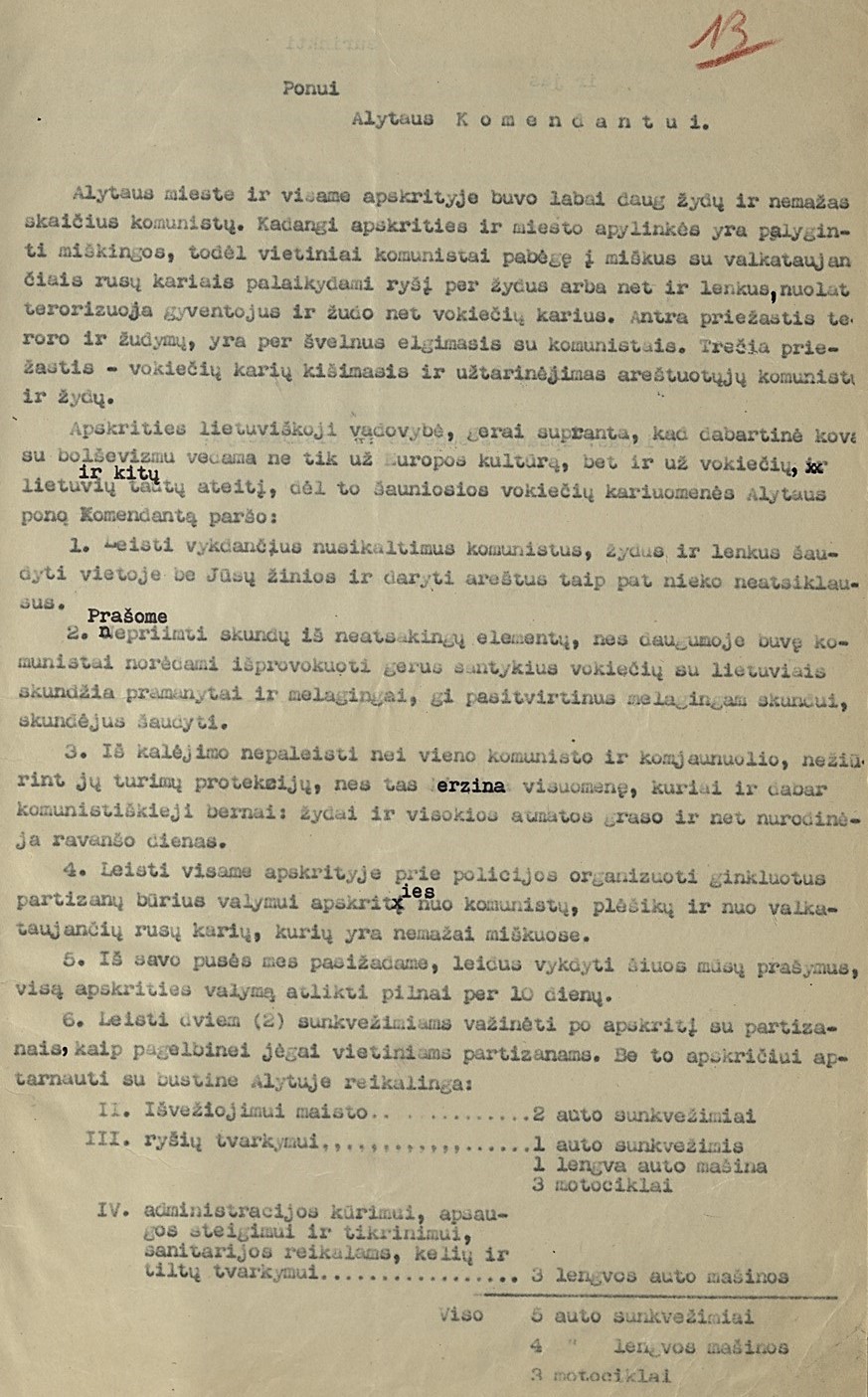 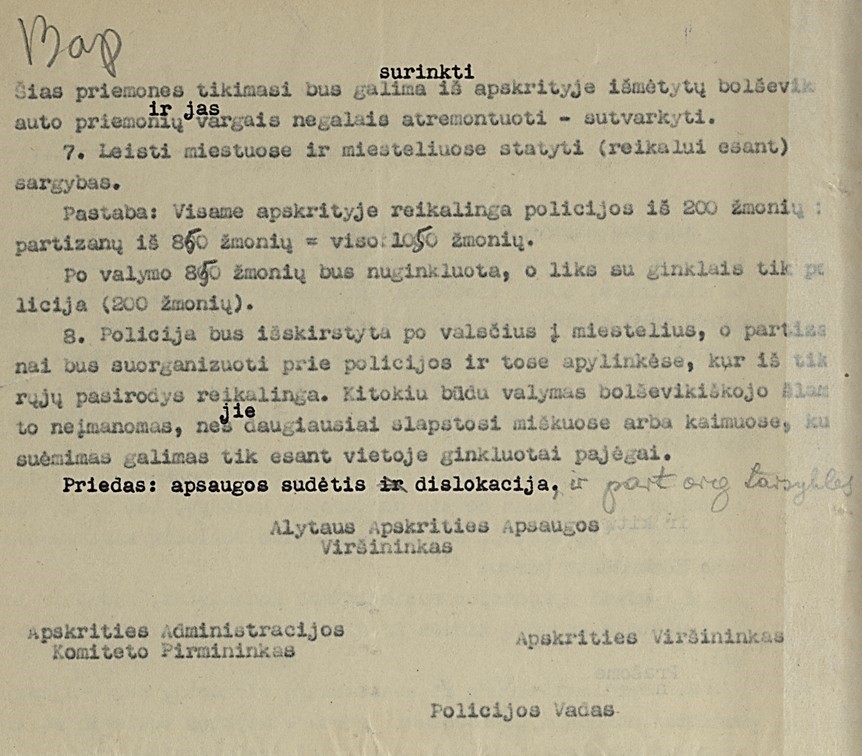 Please note: after it was prepared, the document was edited (there are inclusions of typed text and pencil marks). I was unable to determine whether it was signed and sent to its recipient.

Questions from an Holocaust “Historian”

Does it follow from the words “Trečia [teroro] piežastis – vokiečių karių kišimasis ir užtarinėjimas areštuotųjų komunistų ir žydų” [“The third reason [for the terror] was the interference by German soldiers and their advocacy of arrested Communists and Jews“] that this interference happened, and that it happened multiple times? If not, then why would this need to be pointed out to “Herr kommandant of the wonderful German army of Alytus”? Am I to understand German soldiers (not to be confused with the SS) tried to oppose the brutality of the Lithuanian collaborators?

Furthermore, how is the request of the heads of the Alytus district to allow “summarily shooting Communists, Jews and Poles committing crimes without your knowledge and making arrests without asking anyone as well“?

Does this request mean the German army (not to be confused with SS units!) did not allow the Lithuanian collaborators to carry out their own summary judgment (lynchings)? If that is not the case, then why, pray tell, would this be asked of “kommandant of the glorious German Wehrmacht of Alytus”?

Sadly… there are many more questions than answers…

P.S. The only thing I didn’t understand is why in this document are armed police auxiliaries called partisans?

* Dr. Kulikauskas presented evidence for U.S. resident Grant Gochin at the Vilnius District Administrative Court. Gochin had brought a case regarding the refusal by the Center for the Study of the Genocide and Resistance of Residents of Lithuania to modify the latter’s historical finding on captain Jonas Noreika (“General Storm”) and his participation in the Holocaust (see my article in Russian “Vilnius District Administrative Court: Genocide Center’s Response on Jonas Noreika Well Founded and Legal,” https://www.obzor.lt/news/n49156.html).

Note: This article was published at the request of professor Pinchos Fridberg. It was translated into English by Geoff Vasil

Translation of document above:

To Mr. Commandant of Alytus,

There were very many Jews in the city and district of Alytus and a significant number of Communists. Because the environs of the district and town are relatively highly forested, local Communists who fled to the woods, maintaining contact with wandering Russian soldiers through Jews or even Poles as well, are constantly terrorizing inhabitants and are killing even German soldiers. The second cause of the terror and murders is the gentle behavior towards the Communists. The third reason is the interference by German soldiers and their advocacy for arrested Communists and Jews.

The Lithuanian leadership of the district well understands that the current battle against Bolshevism is being waged not just on behalf of Europe’s culture, but for the future of the German, Lithuanian and other nations as well, and therefore [we] ask of the wonderful Alytus Commandant of the German military:

1. To allow the shooting on sight of Communists, Jews and Poles committing crimes without your knowledge, and [to allow] making arrests as well without seeking permission from anyone.

2. We ask [added by typewriter] [you] not to accept complaints from irresponsible elements because in the majority the former Communists, seeking to provoke the good relations between Germans and Lithuanians [sic], are making imaginary and false complaints, and when a false complaint has been confirmed, [we ask for permission] to shoot the complainants.

3. [We ask for] not releasing a single Communist or Communist Youth without regard to the protection they have, because this is annoying [typed in over the original word] the public, and now the Communist boys, Jews and all sorts of rejects, are threatening and even indicating [coming] days of revenge.

4. To allow everyone in the district under the police to organize armed units of partisans for the cleansing of the district [typewritten insertion changes “district” from accusative to genitive case] of Communists, looters and wandering Russian soldiers, of whom there are many in the forests.

5. On our side we pledge, if these our requests are allowed to take place, to perform a complete cleansing of the district within 10 days.

IV. For establishing the administration, for setting up and maintaining security, for public health matters, for maintaining roads and bridges … 3 passenger automobiles

It is hoped these [transportation] means can be collected [last word added by typewriter] from the automobile means left scattered and abandoned in the district by the Bolsheviks and they [last two words added by typewriter] can over much time and with lots of work be repaired and put in working order.

7. To allow setting up guards (if need be) in the towns and villages.

After the cleansing these 850 [changed in pencil from 800] people will be disarmed, and only the police will keep their weapons (200 people).

8. Police will be deployed through the rural districts to the villages and the partisans will be organized under the police and in those locations where they truly seem most needed. Otherwise the cleansing of the Bolshevik garbage is impossible, because they [last word added by typewriter] mainly hide in the forests or in the villages where arrest is only possible if armed forces are at the location.

Appendix: composition and [and crossed out in pencil] location of security. [period changed to comma in pencil, with the following added in pencil:] and the rules for partisan organizations. [line from “Appendix:” to “location” added by typewriter].