Are all the people murdered by the Soviets whose names are engraved on a building right in the center of Vilnius worthy of this sort of exceptional respect? Documents from researchers which Lietuvos rytas examined raise this question.

They helped in murdering Jews and seizing their property. They murdered and raped family members–women and children–of Soviet collaborators. There was a thief who pretended to be a partisan. Most of them fought on the side of the Nazis and in their military.

These hair-raising shadows darken the biographies of many of the people whose names are inscribed on the outer wall of the former KGB headquarters on Gediminas prospect across from Lukiškių square in Vilnius.

It’s becoming clear the Center for the Study of the Genocide and Resistance of Residents of Lithuania was likely too hasty in so exceptionally honoring people murdered by the Soviet occupiers and many of them probably don’t deserve commemoration.

This is clear from documents the Center itself has.

Note: this article appeared at the top of page one of the print edition of the Lietuvos rytas newspaper for October 3, 2019. 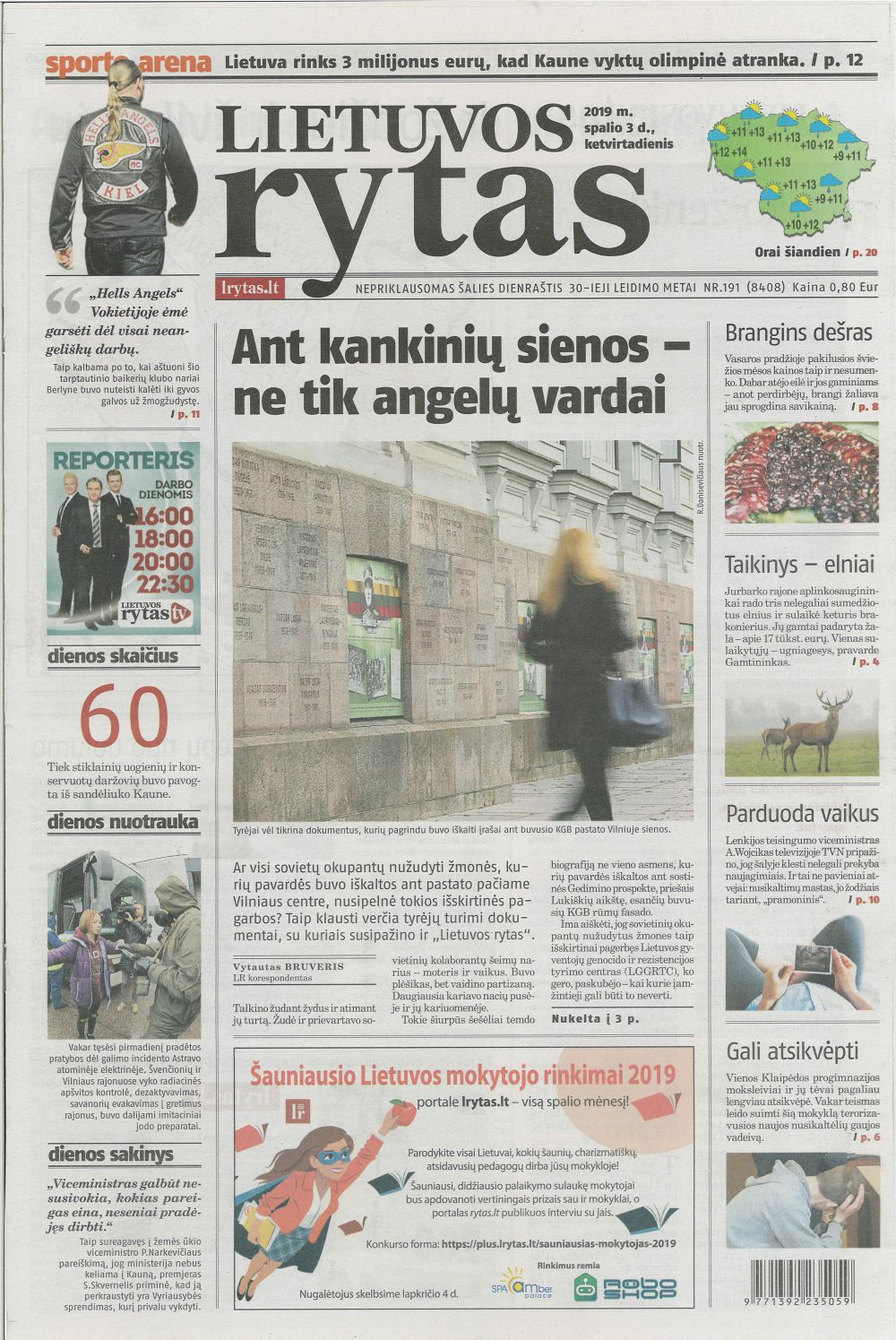