The Lithuanian Jewish Community celebrated the 20th European Day of Jewish Culture in the traditional Jewish Quarter of Vilnius September 1 with song, dance and food. The weather was beautiful. Restaurants in the Vilnius Old Town feature Jewish foods with traditional breakfast served at the Bagel Shop Café, restaurants and cafés on Žydų and Stiklių streets and other locations. DJs RafRaf, Akvilina and Marius Šmitas provided dance music with a 10-hour musical program at the Amadeus Bar.

LJC chairwoman Faina Kukliansky greeted celebrants and Vidmantas Bezaras, director of the Cultural Heritage Deparment, and Vida Montvydaitė, director of the Department of Ethnic Minorities, also spoke, noting there is no town or village in Lithuania without some sign of a Jewish presence. Vida Montvydaitė said this isn’t just Jewish heritage, it’s Lithuania’s legacy, and protecting it is becoming ever more important.

The writer Kristina Sabaliauskaitė spoke about her childhood memories of the Jews who still lived in central Vilnius then and with whom she made lasting friendships. She says interpersonal relationships are still one of the most important things in life to her.

LJC members, city residents and guests all seemed to like the name “Sabbath in the Jewish Quarter” and the events program.

Even now, celebrating the 20th annual European Day of Jewish Culture, you could feel the Jewish spirit here where between the two world wars hundreds of Jewish families celebrated Sabbath. Just a few decades ago Jewish merchants swarmed here, the smell of Jewish bread baking filled the air and religious Jews flocked to the Great Synagogue which stood here.

During the walking tour a new fresco was unveiled on Mėsinių (Yatkova) street, composed from an old photograph of a Vilner Jew.

Those interested in Judaism attended the Choral Synagogue and listed to Rabbi Sholom Ber Krinsky and cantor Shmuel Yaatom. 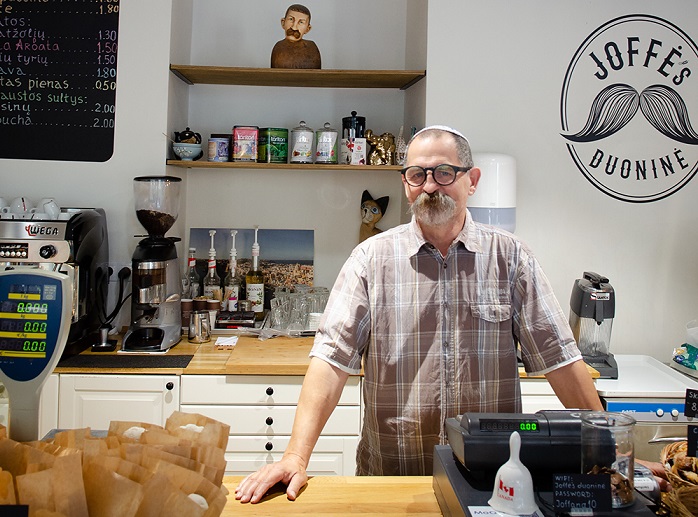 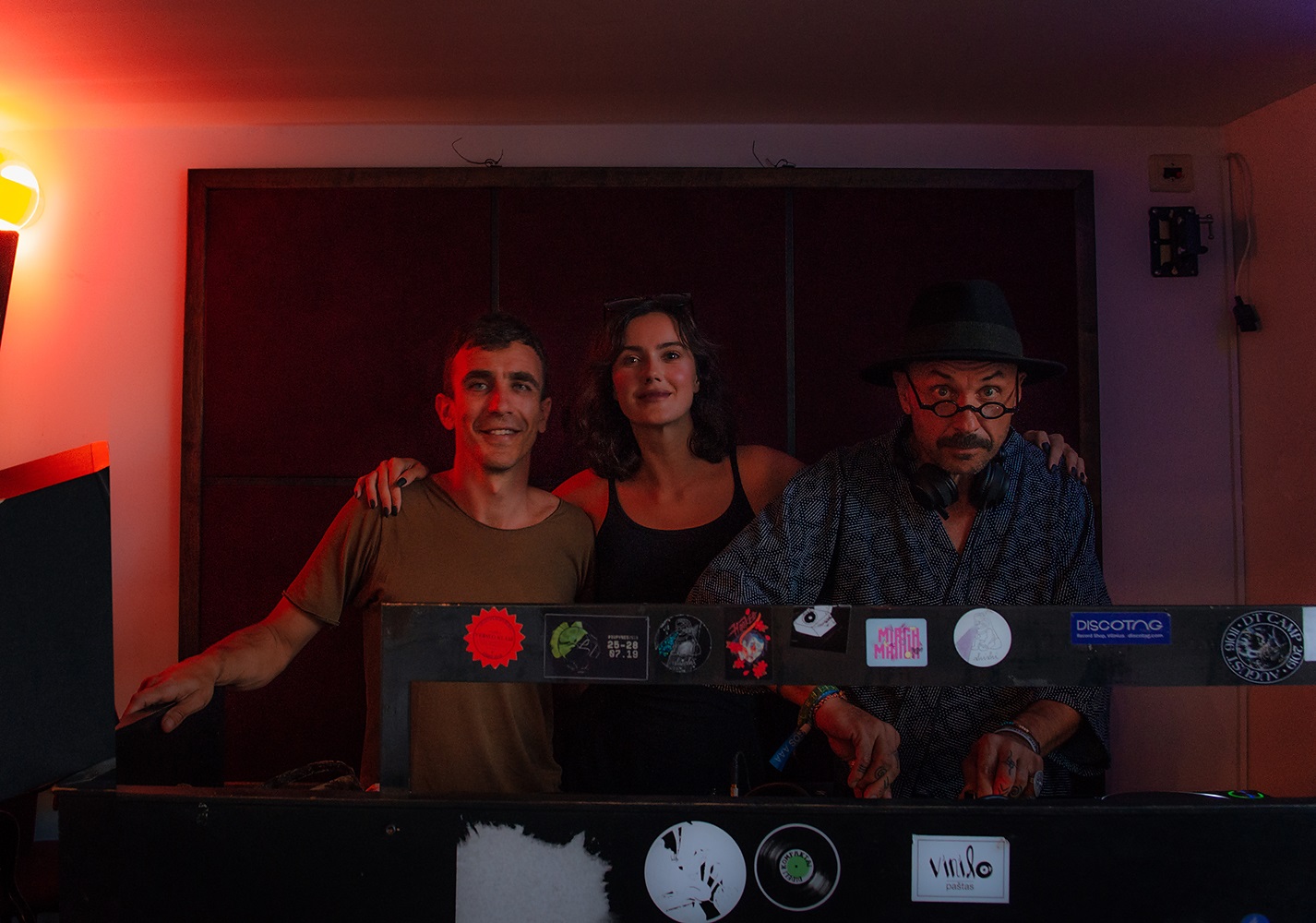 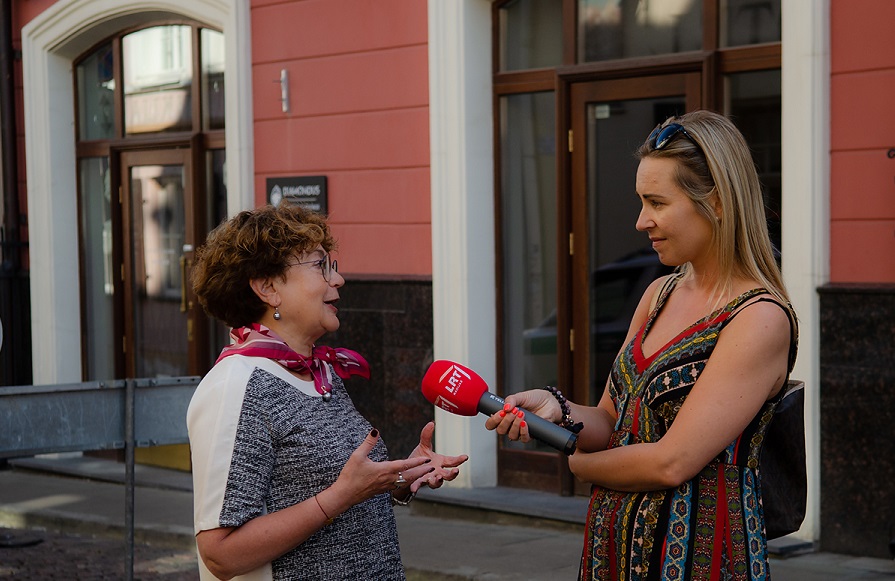 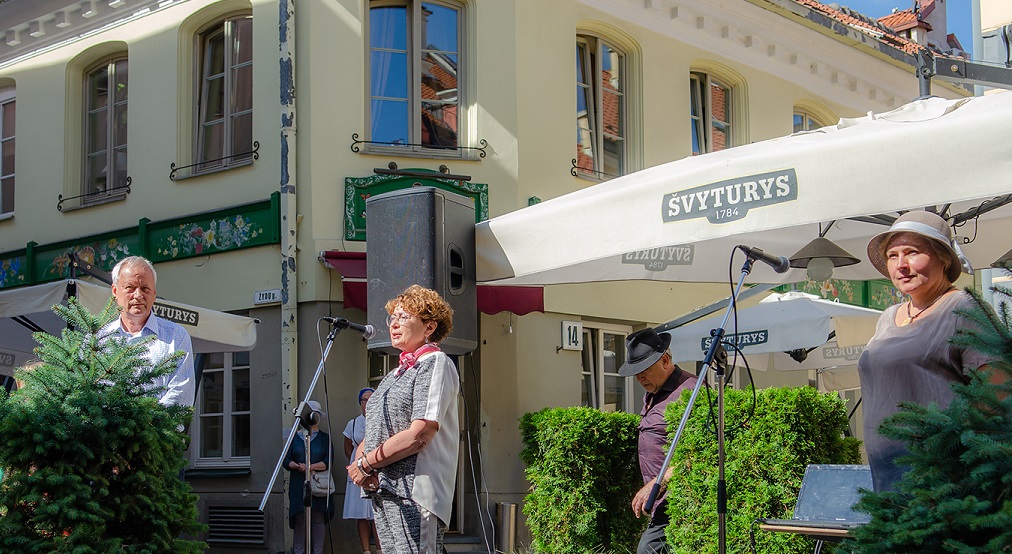 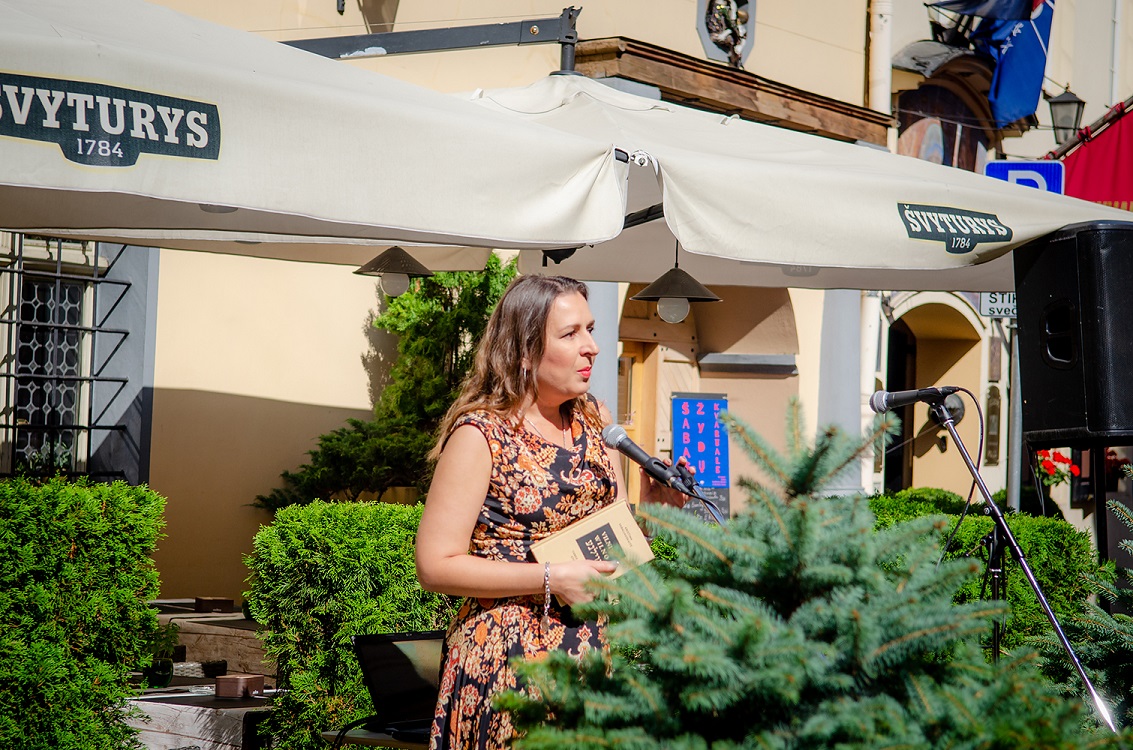 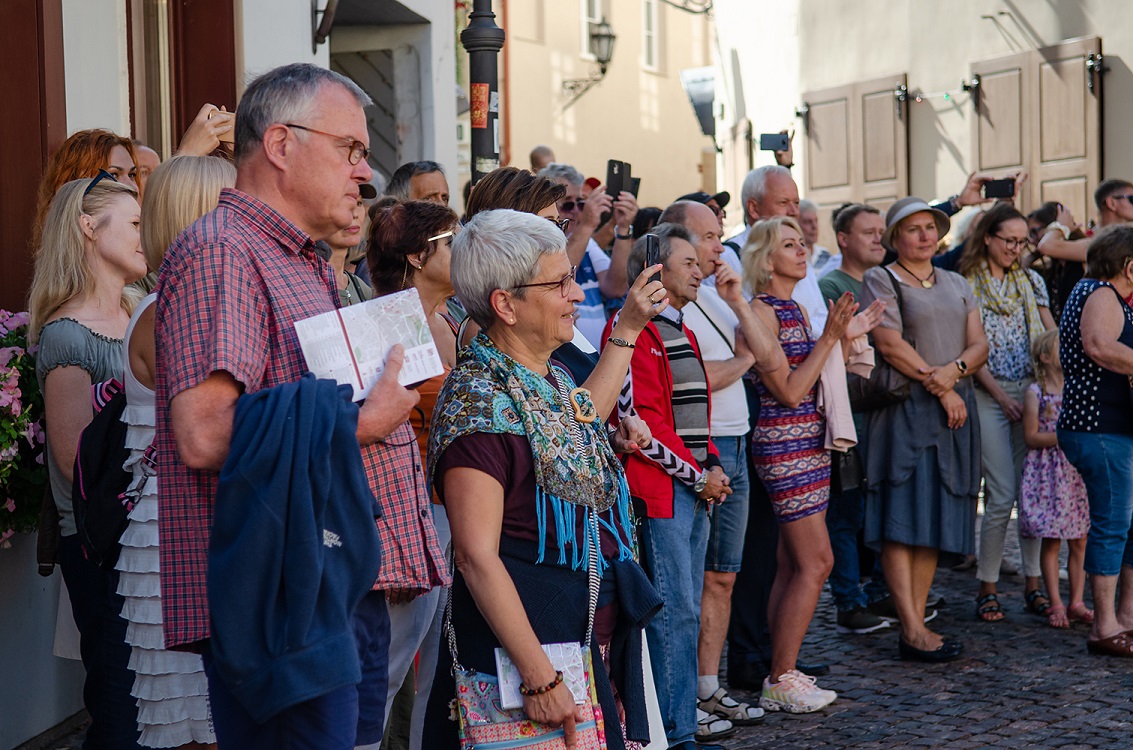 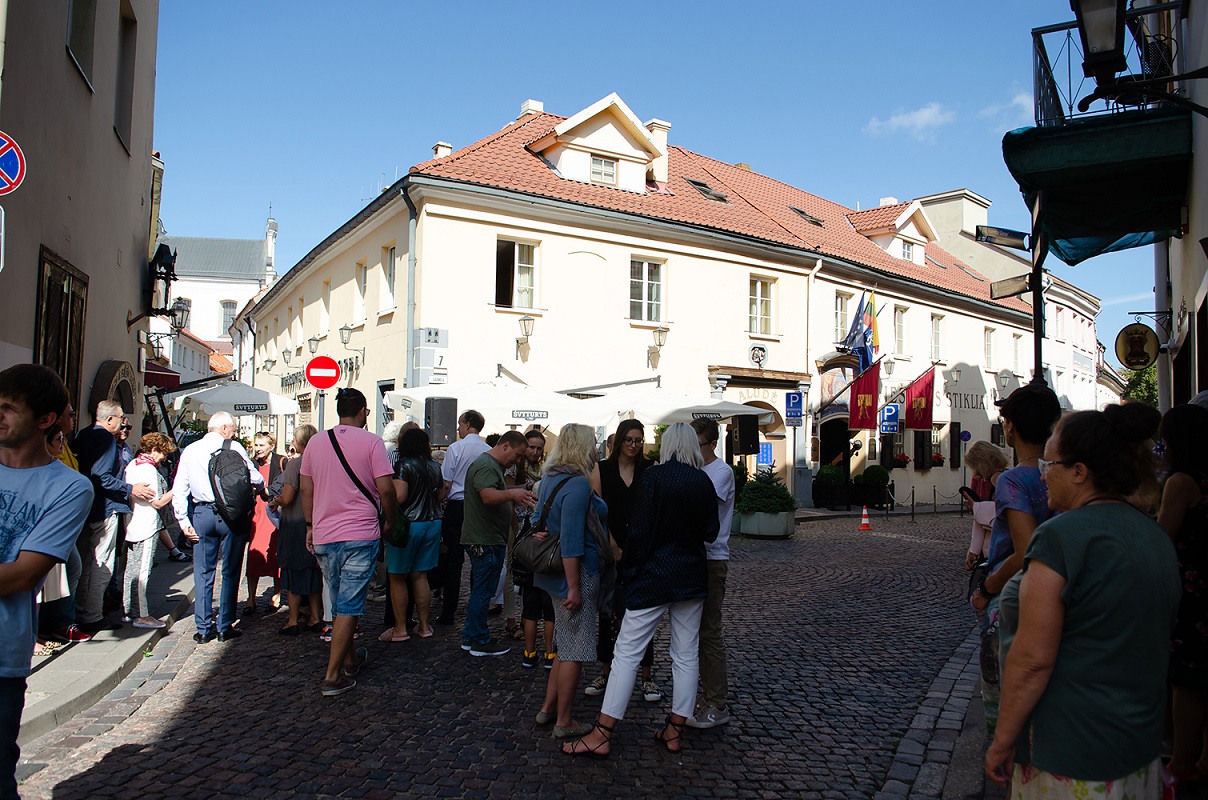 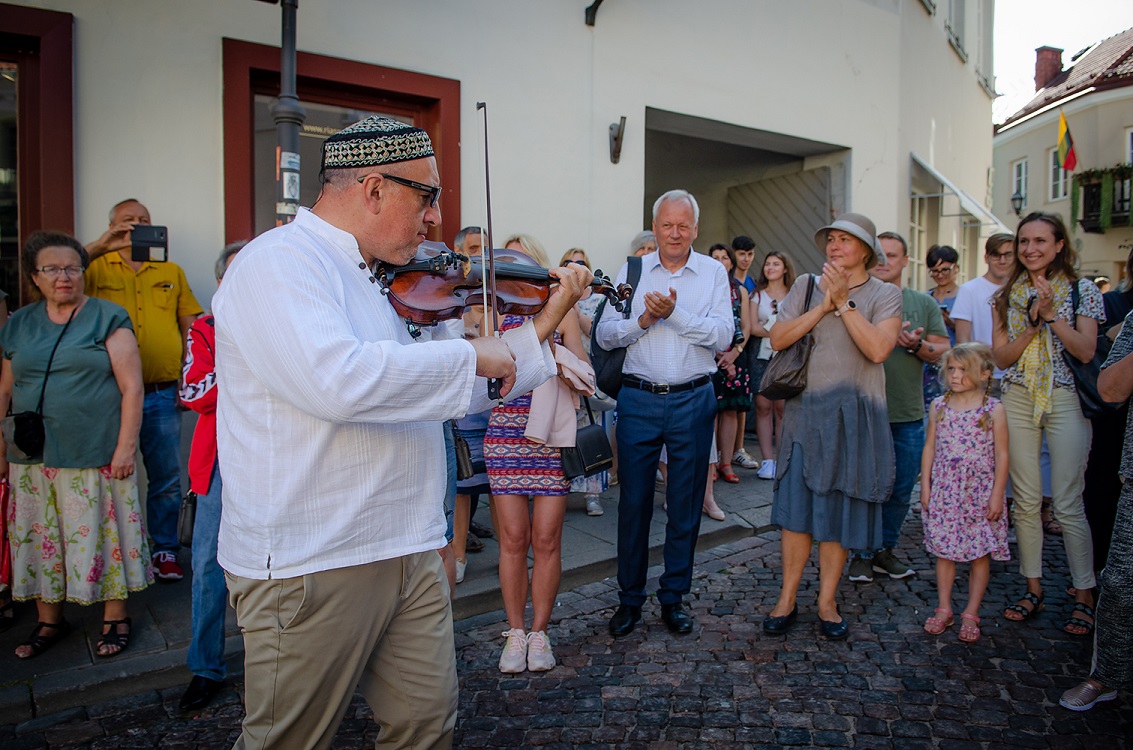 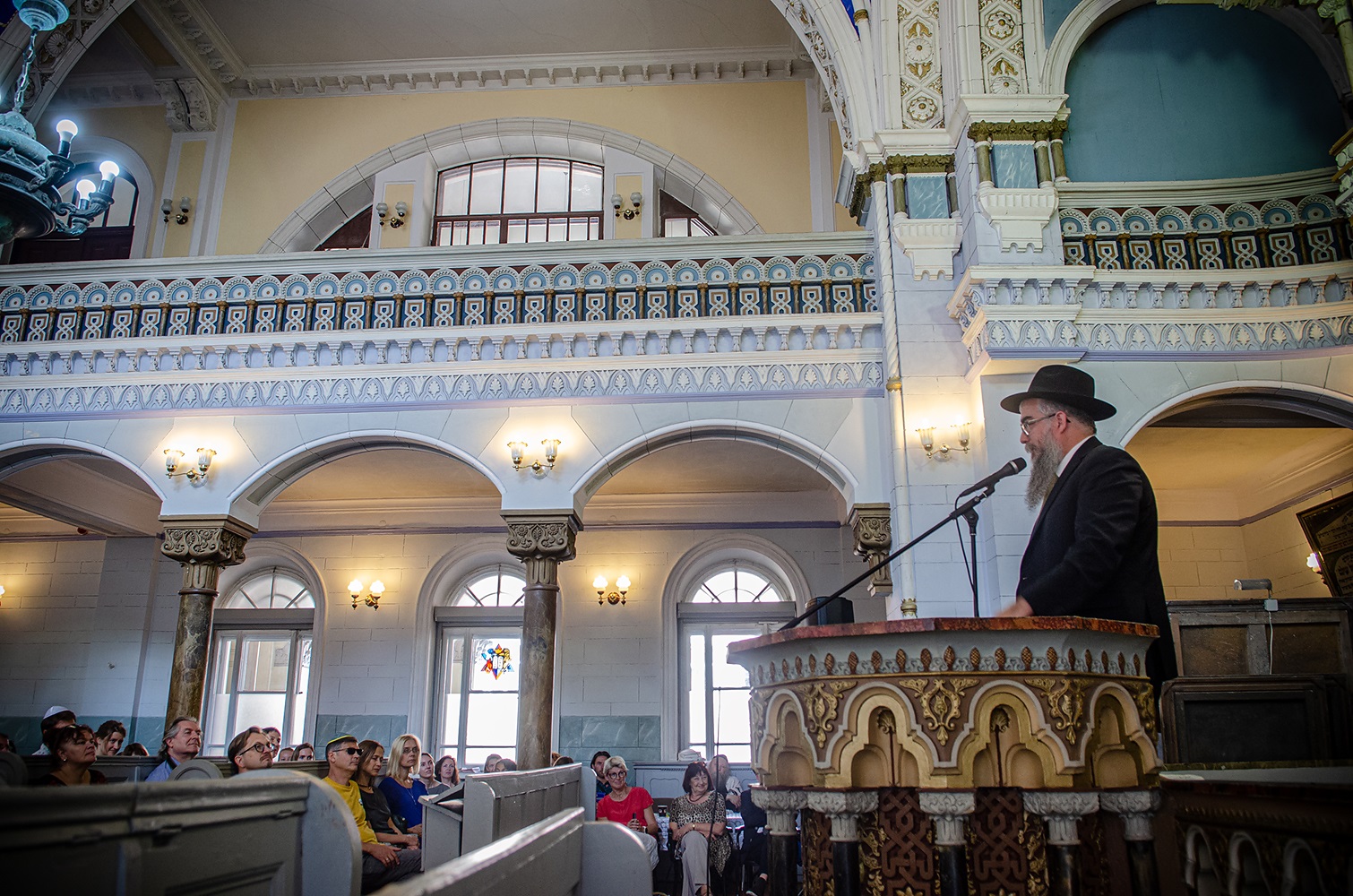 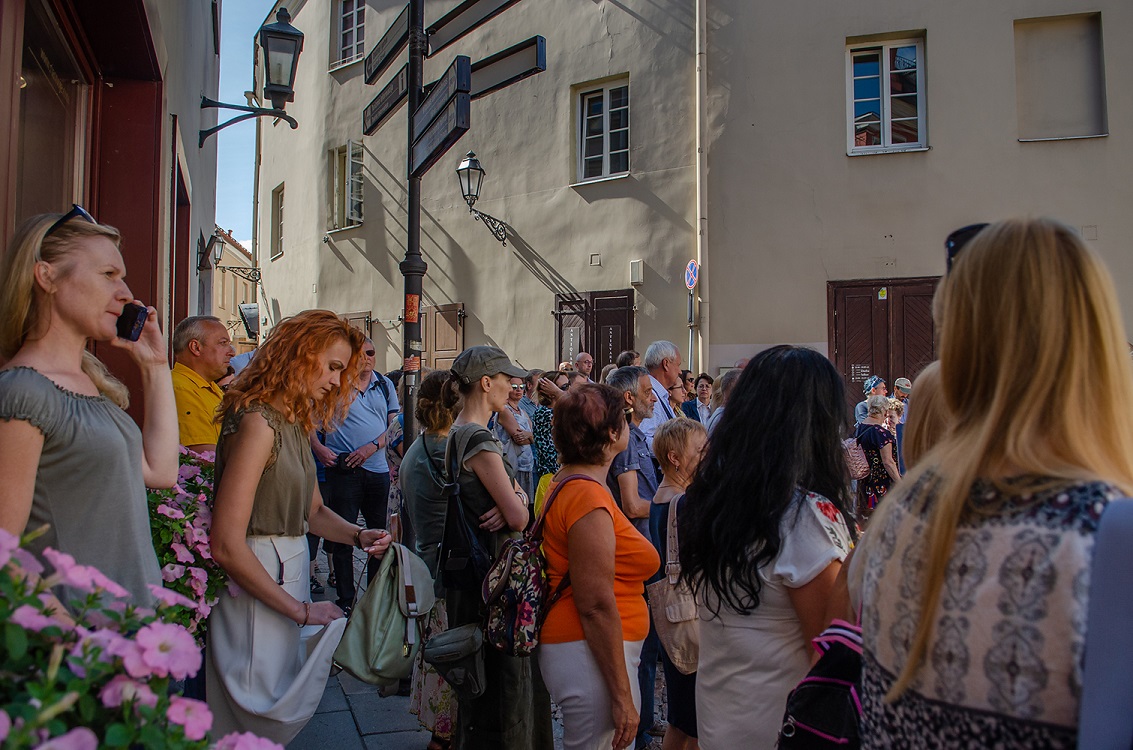