Events have begun in Kaunas to mark the 75th anniversary of the liquidation of the ghetto there. On June 15 the Kaunas Drama Theater staged Getas [Ghetto] directed by G. Varnas and on June 29 the Kaunas City Museum invited the public to a free guided tour called Voice of Hope where museum specialist Aušra Strazdaitė-Ziberkienė told of the Jewish musicians who worked at the Kaunas State Drama Theater and the music school, the conservatory and other venues, and their contribution to establishing and enriching Lithuanian music and popularizing Lithuanian composers. She also spoke about the tragic mass murder of the Jews in the Holocaust. The tour was followed by a screening of Seserys [Sisters] by L. Kopač and D. Selčinskaja telling the story of the rescue of Danutė Pomerancaitė, the accomplished violinist.

More information about the tour is available in Lithuanian here. 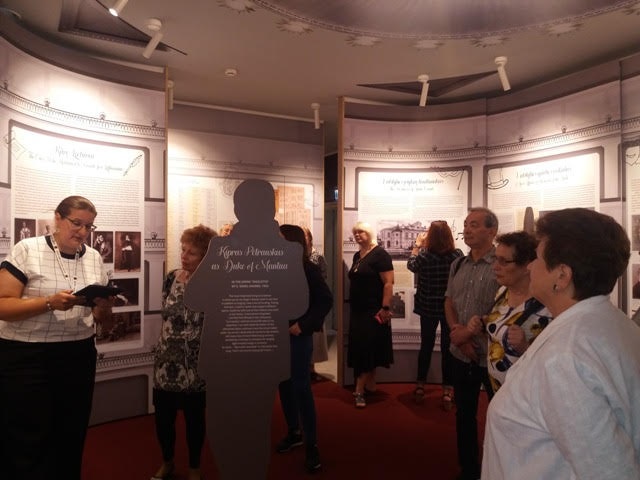