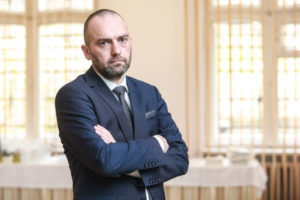 The Vilnius city council will finally begin considering renaming Škirpa Alley. For those who might never have heard of Kazys Škirpa, it suffices to day he is best known to Lithuanian history for two things.

Perhaps I should say at the onset that as a resident of Vilnius I don’t want a street in my city named after a person whose anti-Semitism was political and systemic, and who directed an organization which issued calls which, according to historians, were a factor in the summer of 1941 in Lithuanians contributing to the carrying out of criminal orders by the Nazis.