Yale University president Peter Salovey visited the Lithuanian Jewish Community on the last day of his visit to Lithuania on June 21.

Salovey, a descendant of the famous Soloveitchik family of rabbis who were followers of the Vilna Gaon, maintains close connection with his Litvak roots in Kaunas and Volozhin. One of his relatives was Max Soloveitchik, a Zionist who was a member of the first interwar Lithuanian parliament, an attorney and who actively fought for recognition of Lithuania’s independence at the Paris Peace Conference. He later became Lithuanian minister of Jewish affairs.

Peter Solovey is known for his theory of emotional intelligence. With John D. Mayer, he significantly expanded the scope of the concept and authored several of the field’s seminal papers, arguing people have widely ranging abilities pertaining to emotional control, reasoning, and perceptivity. In contrast to earlier theories of intelligence which held emotions in rivalry to reason, Salovey and Mayer claimed emotion could motivate productive outcomes when properly directed. He worked to develop models and tests of emotional intelligence such as the Mayer-Salovey-Caruso Emotional Intelligence Test. Salovey’s second area of research is in health psychology, where he applied social psychology principles to investigate the efficacy of information and education in promoting HIV risk reduction, early cancer detection and quitting smoking

Salovey was interested in current events and the current state of the Jewish community in Lithuania, and also expressed interest in the Year of the Vilna Gaon and Jewish History declared by the Lithuanian parliament for 2020. He asked about Yiddish culture and language and the prospects for preserving them. Salovey learned Yiddish from his family as a child.

LJC staff spoke to him about directions being taken to preserve the remains of the Great Synagogue in Vilnius, LJC ideas for reviving the now-halted Summer Yiddish Courses at the Vilnius Yiddish Institute at Vilnius University and problematic areas in the restoration of historical justice, namely, the lack of political and civic consciousness leading to commemorative monuments to Holocaust proponents, perpetrators and ideologues. 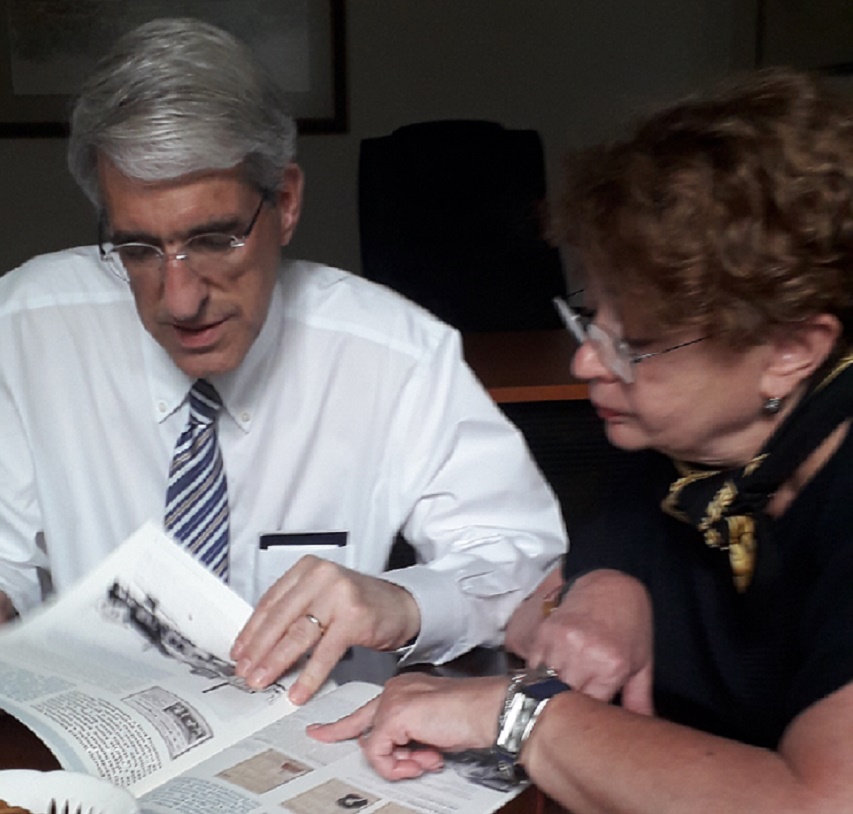