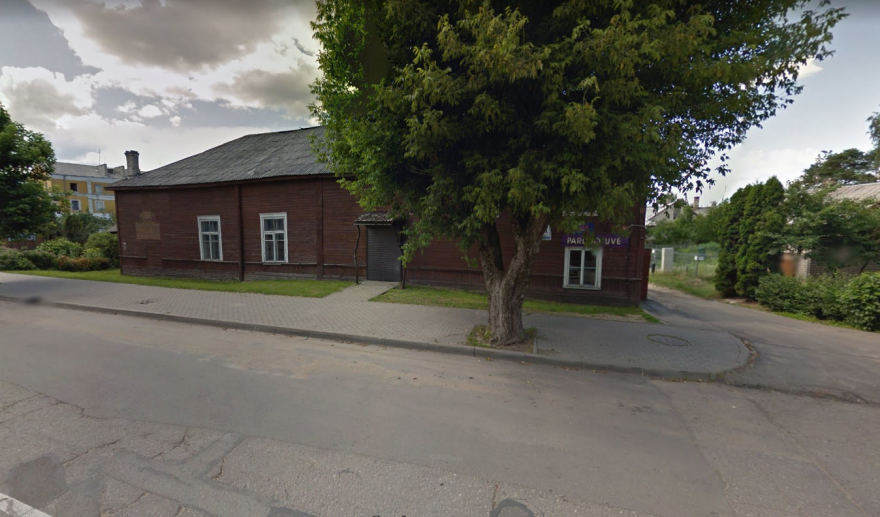 The two-storey wooden synagogue in Varėna, Lithuania, has been listed on the registry of cultural heritage treasures.

It was listed as being of local significance and important for its architecture and as a memorial. The synagogue has a stone and mortar foundation under the compact wooden building. Some of the original windows have survived.

The synagogue was mentioned in an account by a traveler from the Crimea in 1930, who wrote: “There were three Jewish synagogues and about 600 families in Varėna before the war. Now there are barely 70. There were three public schools, now there is only one. The only synagogue [left] was rebuilt in 1922. The Jews have their own People’s Bank established in 1920 with a turnover of one million litai in 1929.”

The Jews of Varėna owned over a dozen shops, a cardboard factory and a book shop in the interwar period. Some emigrated to America, Argentina and Palestine. In September of 1941 the Jews of the town were locked in the synagogue for several days before being taken to be shot a few days later. According to information from July 26, 1941, there were 224 Jews living there, including 28 children under the age of 6, and 1,517 residents of other ethnicities. In the summer of 1941 there were about 267 Jewish residents of the surrounding Varėna rural district as well.

After the war for almost three decades the synagogue housed the Varėna Palace of Culture. It is currently in private ownership.