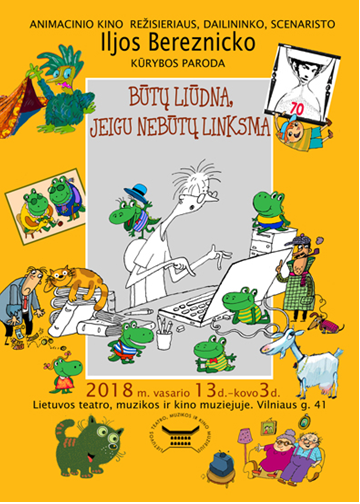 The Museum of Lithuanian Theater, Music and Film is celebrating cartoonist Ilja Bereznickas’s 70th birthday with a new show called “It Would Be Said If It Weren’t Funny” showcasing the animator, director, artist and author’s work.

The exhibit is to include cartoons, comics, caricatures, book illustrations and animation sketches and cels. Stills from his newest film “Happiness Is Not Found in the She-Goat” will be displayed publicly for the first time. The museum also plans to screen some of his earlier animated features. The author will also present his latest book “Animation: From Idea to Screen” at the exhibition.