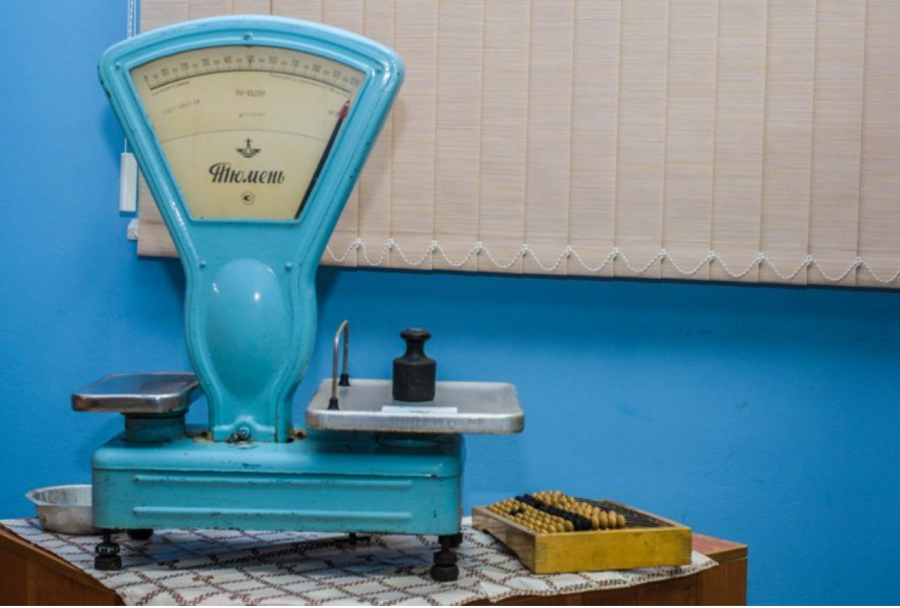 The weighing ritual from the Soviet era has impressed itself deeply in memory: a plump woman standing behind the counter in a store with a white apron, the apron is somewhat wrinkled and with grease stains, the scales have larger and smaller weights, and she stands and watches, if she has something to way. One weight, and another, then another is needed to reach complete balance, placed on the right-hand plate of the scales, always a deficit, whose weight is measured by this very important woman. The woman is all-powerful. Usually she set some fifty or more grams aside, she also had to supplement her salary. Why do I remember this? I see how today the PR masters and the politicians who have taken up their ideas are joyfully weighing and trying to place a weight or two on a much emptier plate of the scales of historical truth. But one gets the impression that they, just as the woman in the Soviet store did, are setting a bit aside. Sometimes more, sometimes less. Usually more, unfortunately.

You leave their store and unwrap the purchase and hey, either it’s just paper, or else they’ve taken a bit for themselves again. And then you wait again until they decide the time has come to mete out some sort of historical deficit.

As I understand it, the quota for naming the year of the coming 100th anniversary of the state has been used up. Other years are being suggested, maybe the year of the bear on the Chinese calendar, or perhaps the year of the dragon or the cat on the Japanese, one year under the Jewish calendar and a different one according to Christ. Well anyway, we like to baptize, to be baptized and to attend baptisms, it’s fun. Even if there is no baby, we’ll make one up.

This is probably so that the Jews, God forbid, don’t get offended no one is paying attention to them, and so that no one might name the year in a way which doesn’t connect them, the Jews, with Lithuania, or connect Lithuanians more closely with Jews. Perhaps they should have asked Jews first what they think of the idea. But they didn’t ask. It’s as if the news was accidentally fired into communications orbit and landed on the table of the politicians, and as in former times some sort of decent ideas which haven’t been thought through sufficiently, which have form but not content, become some sort of formless mass, a colorless flag which is fun to march around with and even more fun to shout “huzzah,” or more politically correctly, “yea.”

“There is no such thing as bad advertising.” This commercial rule has taken deep root not just in business but also in the sphere which has come to be called public relations, communications projects and similar. It also, unfortunately, applies in the political realm. So bad advertising is good. For those doing the advertising.

Let’s dot the Is so we understand the context of the idea which is trying to be communicated.

Do school textbooks already explain what Jews and Judaism are?

Have anti-Semitic stereotypes already been explored, deconstructed and explained?

Do textbooks already explain who the Vilna Gaon was, why Vilnius was the Jerusalem of the North and what the charter of rights Vytautas granted were?

Do textbooks now dedicate more than just ten pages to 700 years of living together?

Do textbooks now contain more than ten pages about the mass murder of 200,000 people, do they name the perpetrators and ideologues of that crime, do they explain everything about the local origins and those from outside the country?

Are there now more than those two signs on the way to Ponar, and can anyone who hasn’t been there before now find the site?

Do municipal planning documents for the next ten years alongside the plans to expand tourism at manor estates and town squares now include a line called “Jewish heritage?”

Have we put the Jewish cemeteries and mass murder sites in order sufficiently not to be ashamed of them now?

Have we already laid the foundations so that ten years from now a high school graduate won’t shrug his shoulders upon being asked “When was the first Jew mentioned in Merkinė?” (In 1486 Yanke Yankevich was mentioned by grand duke Casimir and instructed along with his son to pay taxes.)

Is it still acceptable to devote public space for anti-Semitic ideologues and to monuments to those who spilled Jewish blood?

Have the thoughtful proposers of names of years reached a unanimous decision about their colleagues who complain of Nazi lackeys tarnishing the idea of hero after whom are named schools and streets and to whom monuments have been erected?

What is this Year of the Jew? Who needs it? What does it solve? Does it demonstrate “attention?” Does the constant refrain “Jews are an inseparable part of our history” not give rise to doubts concerning that affirmation, and bring home the idea of the separation of Jews from other peoples?

It’s time to stop looking for weights, larger or smaller. It’s time to stop separating one of us from another. It’s time to forget those old Soviet scales with the two plates. Let’s put everything on one. But everything. And let that woman behind the counter stop explaining “there will be no more historical truth today,” because we all know the warehouses are full of it. They are simply closed. And about the Year of the Jew, no matter what you call it you won’t make it worse. Of course they might be an abundance of explanations about the “positive gesture,” “the act of good will,” “it will encourage interest,” “educational goals” and so on and so on, and omnia vanitas. You know why I say “and so on, and so on,” because all this talk is unequal to the smaller and larger weights of history in the warehouses. By the way, when will the Roma, Russians, Belarusians, Poles and Tartars of Lithuania have their years? Is there no reason to consider them, to take their weight into consideration?

If we must do this, perhaps we could call it the Year of Jewish Cultural Heritage with the condition that we will immediately consider also the contributions made by the other ethnic groups who have created Lithuania? So far all we have is a public relations horoscope. With signs but no meaning.