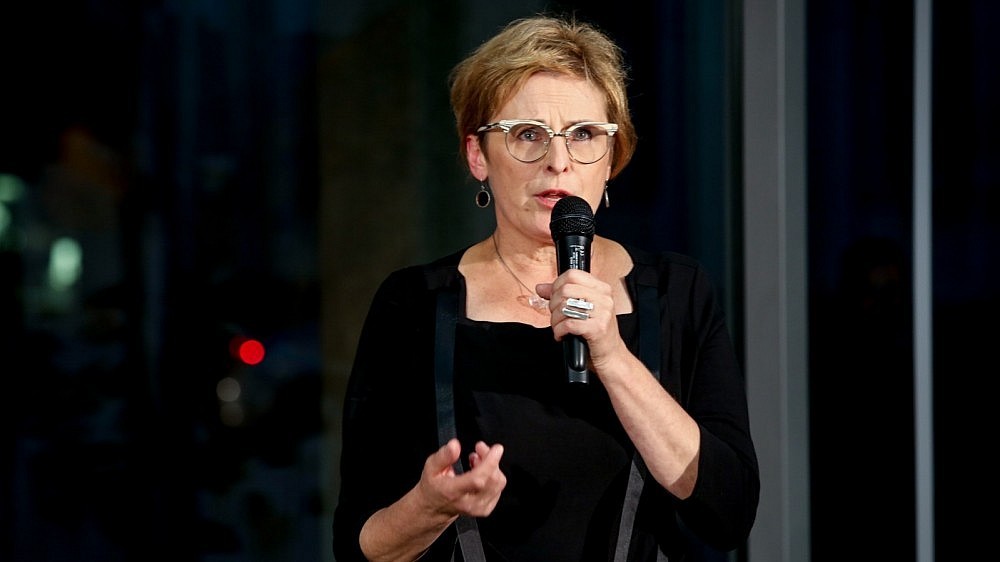 The voice of the European Jewish Congress resounds the loudest in this matter, whose leader is an oligarch sympathetic to the Kremlin, the Russian businessman who likes to show off photos of himself with Vladimir Putin and who often praises the latter, but the fact remains the case has resonated beyond Lithuania’s borders. And deliberations on whether the rights of people who hold an alternative view are abused in Lithuania, whether books are burned in Lithuania because of the point of view they express, books about the Holocaust among them, and whether we are trying again to avoid responsibility in the mass murder of Jews, are not beneficial to Lithuania.

Was this scenario planned? It turns out the chairwoman of the Lithuanian Jewish Community attempted to talk the head of the European Jewish Congress, Putin’s beloved oligarch, out of making these accusations against Lithuania. When we tried to find out what the Lithuanian Foreign Ministry and its special ambassador for contacts with Jewish organizations had done, we only received a general sort of letter saying they are constantly working. People we interviewed, however, said the opposite. But replies must have been drafted, because Vanagaitė’s letter purely for local consumption was a public one. She has not taken back any of what she said outside of Lithuania and has not recognized any wrong-doing. She did, however, thank an embassy for supporting her in telling her truth, meaning the Lithuanian Foreign Ministry.

“It turned out he worked with the KGB, that he betrayed 22 people who hid him as forest brothers and in the end took to praising the Soviet Union, screaming at court he would cooperate in every way and atone for his guilt,” Vanagaitė said on Israeli television channel ITON TV on October 29.

Vanagaitė probably didn’t say in Israel that the text for Israeli television was a lie, but the European Jewish Congress severely condemned Lithuania for the alleged attacks begun against Vanagaitė who has written about the Holocaust, for alleged numerous threats against her and the decision by a private company to break off cooperation with her and recall her books from retail sales.

European Jewish Congress president Moshe (Vyacheslav) Kantor is one of Russia’s richest businessmen and is in Putin’s circle. Putin visits his businesses.

Lithuanian Jewish Community chairwoman Faina Kukliansky said three years ago she demanded and received official information about the activities of Lithuanian partisans. Ramanauskas was not among those who contributed to the Holocaust, and in 1991 the Lithuanian Supreme Court completely rehabilitated him. Kukliansky said when she found out EJC president Kantor was planning to condemn Lithuania, she tried to talk him out of the idea.

“We tried to talk about this subject, but perhaps we didn’t understand one another fully, and I would hope that in the future all the international organizations would demonstrate more confidence in the local communities. We are in a somewhat specific situation. After all, we suffered from the Holocaust, not these other people who are preaching and advising us what to do with those who might have participated in the Holocaust,” Kukliansky said.

Vanagaitė, awarded by the Simon Wiesenthal Center for courage, has presented her book about the horrors of the Holocaust in Lithuania widely abroad. Incidentally, Lithuanian embassies have helped organize these presentations and meetings with the author. Vanagaitė spoke to participants at the Noble Prize Winner Svetlana Aleskiyevich Intellectuals Club about facts lurking in the documents of the Lithuanian archives, the suppressed truth and the persecution and restrictions she has faced in Lithuania for telling that truth.

No one invites me to conferences or to schools in Lithuania, not to any events, because there is still the same narrative in Lithuania that a handful of inbreeds working with the Nazis murdered our Jews, while the rest of Lithuania had nothing to do with it. I am very glad the Lithuanian embassy has provided this space and I didn’t expect this could happen, because of this point of view about this book,” Vanagaitė said in Minsk.

Vanagaitė explained that every home of every Lithuania contains items from people murdered in the Holocaust and that the homes of the majority of Lithuanians are Jewish homes. Vanagaitė’s new “life friend,” nicknamed the angriest Nazi hunter, director of the Israeli bureau of the Simon Wiesenthal Center Efraim Zuroff, allegedly told Vanagaitė the out-migration emptying the houses of the Lithuanian towns is revenge for the blood spilled.

“As Efraim Zuroff told me, this is revenge upon us: 200,000 Jews are no more, and soon only the elderly will remain in Lithuania, and there will be no one to live in those Jewish homes,” Vanagaitė said.

During Holocaust Remembrance Day this fall Vanagaitė went further: the Sputnik Russian media agency reported on October 23 Vanagaitė had said some of the highest-ranking leaders of the country were complicit in the mass murder of Jews.

“Rūta Vanagaitė, the author of a book about the Holocaust in Lithuania called ‘Mūsiškiai,’ called Lithuanian ex-president Valdas Adamkus, head of state from 1998 to 2003 and from 2004 to 2009, a participant in the mass murder,” Sputnik reported October 23.

“Non-sense. Non-sense, I tell you. And I don’t comment on rumors and smoke and I don’t try to snatch them from the air,” Vanagaitė said by telephone.

In May of this year Vanagaitė said while in Jelgava, Latvia, that she had learned the Lithuanian State Security Department was planning to name her book “Mūsiškiai” a national security threat and list it on an annual Security Department list of threats to the national security. Vanagaitė said then officials at the US embassy had lent her a helping hand and that deputy ambassador Howard Solomon had met with her.

“Later the US ambassador contacted me. He said: ‘We cannot support you publicly, diplomacy won’t allow that. We can go to a café, take a photo and put the photo on facebook. And we will do other things.’ We met later, drank coffee, and [he] said: ‘Do you know what we’ve done for you? We called officially from the embassy to the Lithuanian State Security Committee. Boys, do you know what a threat is? This book is not one. The boys said: yes, you have said, that’s it, the end, we’ll ease up on the gas,'” Vanagaitė said in Jelgava.

Political analyst Marius Laurinavičius said society has looked on passively for a long time at talk strangely similar to the Kremlin’s rhetoric and has finally woken up when certain lines were crossed, namely the blackening of the reputation of the partisan leader brutally tortured and murdered by the KGB. Laurinavičius said the other side is attempting to spread the slander against us around the world.

“When so many people favorable to the Krelmin become involved, it’s completely clear this is a planned operation. This is not just the Vanagas [Ramanauskas] case. They tried to do this, and now it isn’t happening successfully, so they have now gone over to the international front and are attempting to slander us in the international arena,” Laurinavičius, senior analyst at the Vilnius Policy Analysis Institute, said.

Public relations expert Arijus Katauskas agreed Lithuania has become the target of unfriendly powers, but the country has no defense tactics so far. He said we don’t know of the actions by diplomats, but it’s clear the Lithuanian leadership is positioning its stance purely for the domestic audience and is paying almost no attention at all to how to present information in the influential foreign media whose target audience is high-ranking state leaders and influential businesspeople.

“This entire situation will probably compel state officials and especially the Government to consider whether we have the resources and competencies required in order to defend appropriately or at least minimally our interests, to present our information which must be presented when it is needed. Because now it’s putting out fires, let’s say it how it is,” Nova Media senior partner Arijus Katauskas commented.

Following the EJC’s criticisms of Lithuania, the Foreign Ministry expressed regret that the Jewish genocide and the Lithuanian anti-Soviet resistance allegedly were being played against each other, and that this was unacceptable in this context and only served to distort history. The Lithuanian Foreign Ministry declined to explain what its special ambassador for Jewish affairs and the leadership of the ministry had done to avoid the situation.

The written response the ministry provided contained phrases of a general nature: “The Ministry of Foreign Affairs has long paid great attention to cooperation with the world Jewish community: since 2002 the ministry has had an ambassador for special assignments coordination relations between Lithuania and the world Jewish communities… Lithuanian diplomats abroad bring together Litvaks and the embassies mark dates of Jewish significance, for example, the Day of Remembrance of Lithuanian Jewish Victims of Genocide.”

Long-time diplomat and former Lithuanian ambassador to the United States, now MP Žygimantas Pavilionis says the opposite is true, and Lithuanian diplomacy is barely moving.

“Until 2012 and especially in 2011 when we declared that year the Year of the Holocaust, each embassy had a clear action plan on how we were operating, what we were doing in trying to turn opinion of the world Jewish community to our side to support us on vital issues. Now there is an uncoordinated reaction happening, with no funding and no effect. So it’s clear in this case we can only lose,” Žygimantas Pavilionis said.