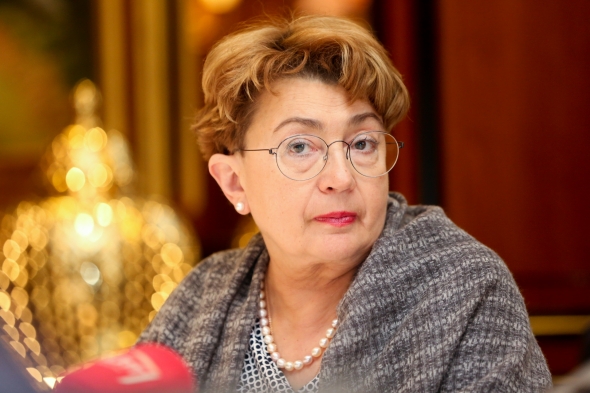 Vilnius, May 28, BNS–Faina Kukliansky was re-elected for a second term at Lithuanian Jewish Community elections Sunday. Competitor Simonas Gurevičius called the poll illegitimate and said he would take the matter to court.

Monika Antanaitytė, the director of the LJC secretariat, told BNS “Faina Kukliansky won with a majority of votes. Electors either voted for Kukliansky, or abstained. No votes were cast in favor of Gurevičius.” She said she was unable to provide the exact breakdown of votes at the current time.

Simonas Gurevičius told BNS the Vilnius Jewish Community would bring a case to court over decisions by the election conference to create artificial barriers to Jews who wanted to observe the election, and what he alleged were irregularities in the election violating the regulations of the Lithuanian Jewish Community.