In mid-April a meeting with an overflow audience was held at the Lithuanian Jewish Community in Vilnius to meet the actors of the famous Vakhtangov Academic Theater in Moscow who are performing the play “Nusišypsok mums, Viešpatie!” [Smile upon Us, O Lord] under the direction of Rimas Tuminas. Actors at the meeting included Sergey Makovetsky (playing the character Efraim Dudak), Aleksei Guskov (Shmule-Sender Lazarek), Yevgeniy Kniazev, Viktor Suhorukov (Avner Rosental) Julia Rutberg (Ožkytė) and Viktor Dobronravov (playing Hloyne-Geneh).

Twenty years after its premiere at Vilnius’s Small Theater, the play was performed at the Yevgeniy Vakhtangov Theater in Moscow in 2014, where Tuminas has been director since 2007. The tour of the play in Lithuania this time is dedicated to the late actor Vytautas Šapranauskas, who died in 2013 and was unable to play again the role of Chloinė Genech in Tuminas’s presentation of the drama in Moscow. The play originally performed at the Little Theater on Gedimino prospect in Vilnius travelled around the world, winning numerous awards at drama festivals. In 1995 Tuminas won the title of best Lithuanian director for his direction of the play and the prestigious Kristoforas statue. Drama score composer Faustas Latėnas and Gediminas Girdvainis, who created the character of Avner Rozental, also won the same awards in separate categories.

The new production of the play is also a world traveller and has been seen in New York, Toronto and Tel Aviv.

The play is based on a passage in a novel by Grigoriy Kannovitch relating how the stone-mason and widower Efraim Dudak travels from a Lithuanian sthtetl to Vilnius, where his son has been arrested for trying to shoot the governor. He embarks on the journey without great hope of helping his son, longing to just see and say good-bye to him. His neighbor Šmulė Senderis, a water carrier, travels with him. Šmulė’s son has been in America for years now and drives an automobile there. He doesn’t write, and Šmulė has never seen his grandchildren George and Eva and likely never will, but asks that “mister” be written on his gravestone. Joining them is the unhappy and half-crazy Avner Rozental. His shop selling cinnamon, raisins and other miraculous treats has burned down and he is now impoverished. He dreams of becoming a tree, in the best event a maple. The travellers, Jews from the shtetl, outdo themselves on this journey and become almost biblical characters. The sojourners meet the completely realistic horse thief Yosel the Gypsy and the entire Gypsy band where funerals and marriages are celebrated with the same gusto, and a Polish official with two dames (they are accompanied by Oginski’s famous Polonaise, complementing Faustas Latėnas’s musical melancholia, without which Tuminas’s production couldn’t work).

The artists shared their thoughts about the roles, about the work by Kannovitch and about working with Tuminas and shared their impressions of meeting audiences in Vilnius. They cheerfully fielded questions from the audience at the Lithuanian Jewish Community as well.

LJC chairwoman Faina Kukliansky and Social Programs Department coordinator Žana Skudovičienė presented small souvenirs to the guests from Moscow to remember the meeting at the Community. 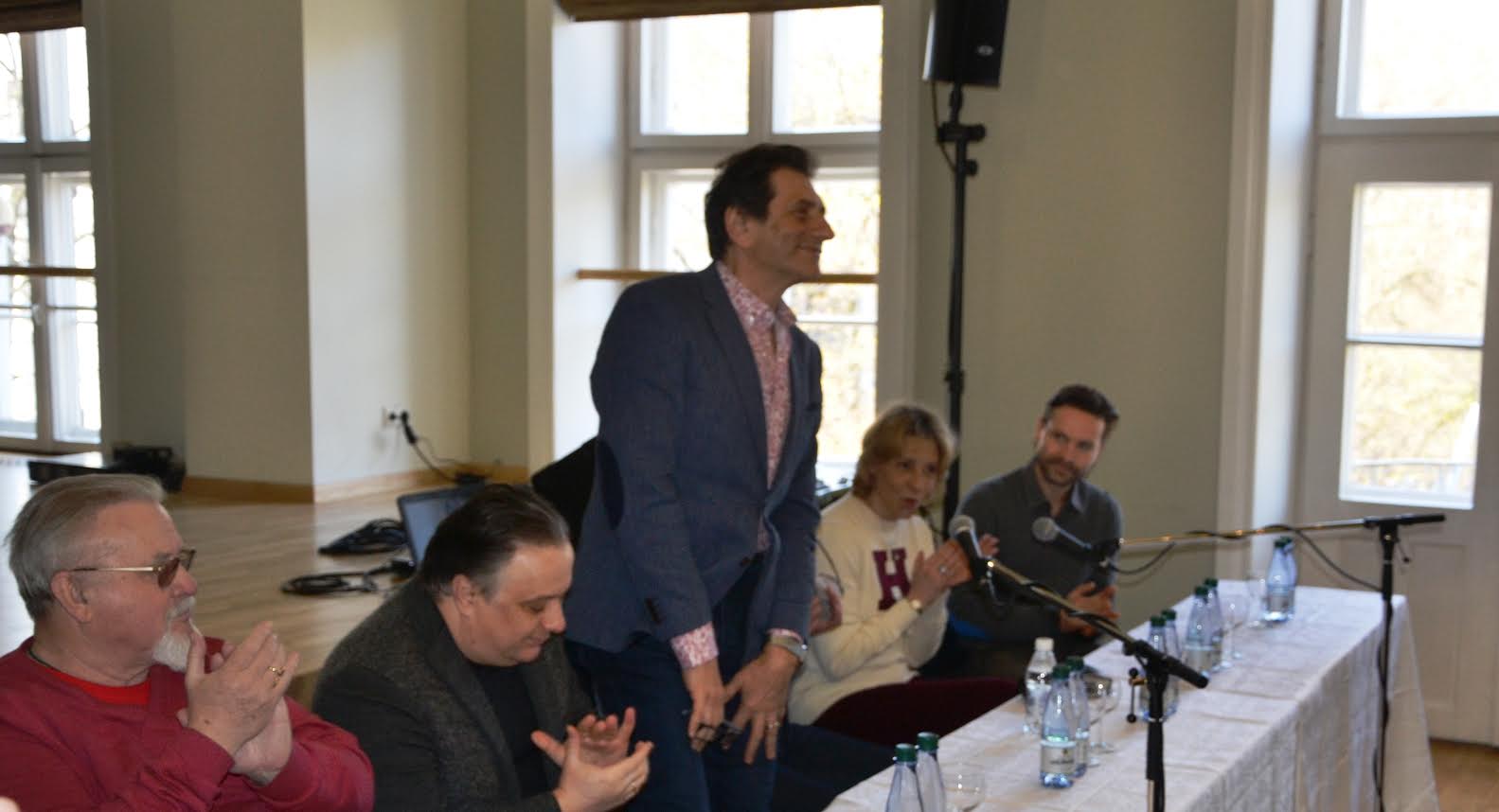 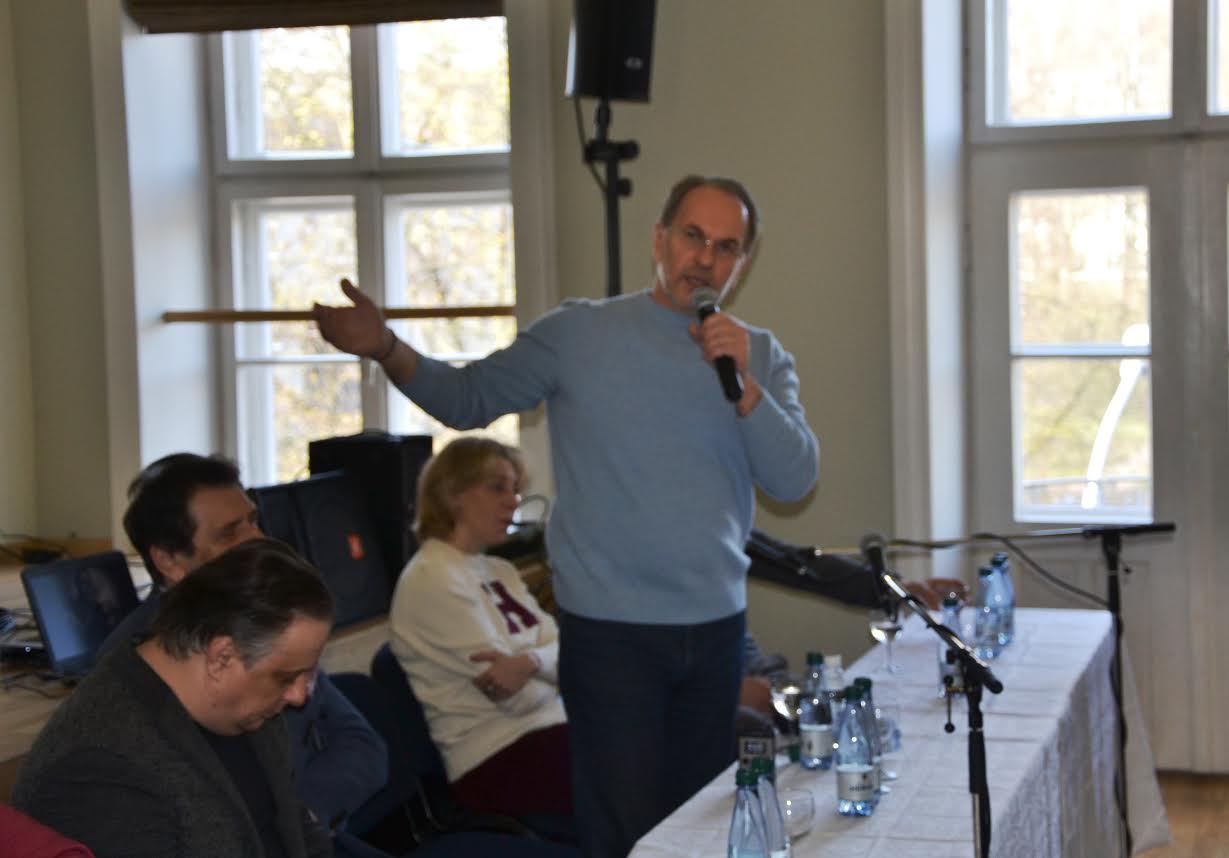 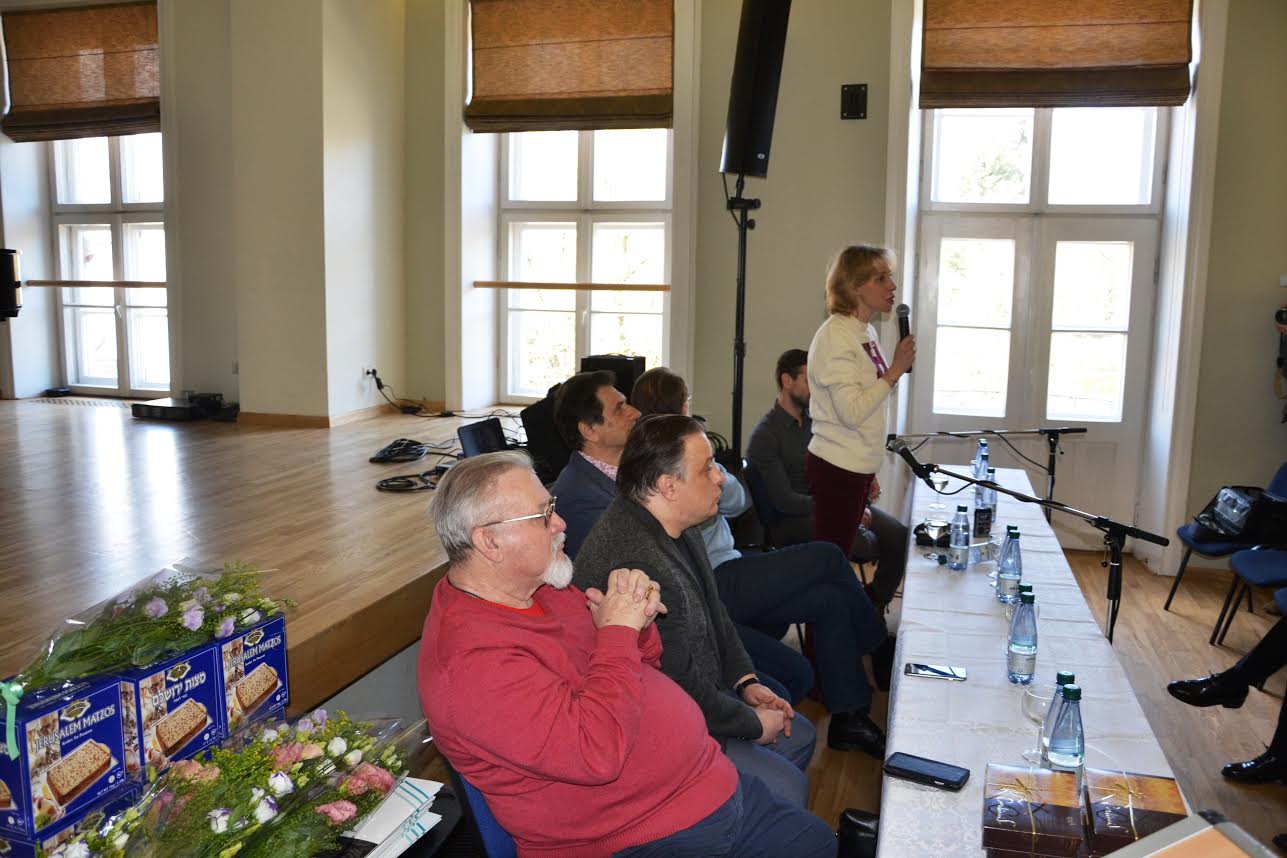