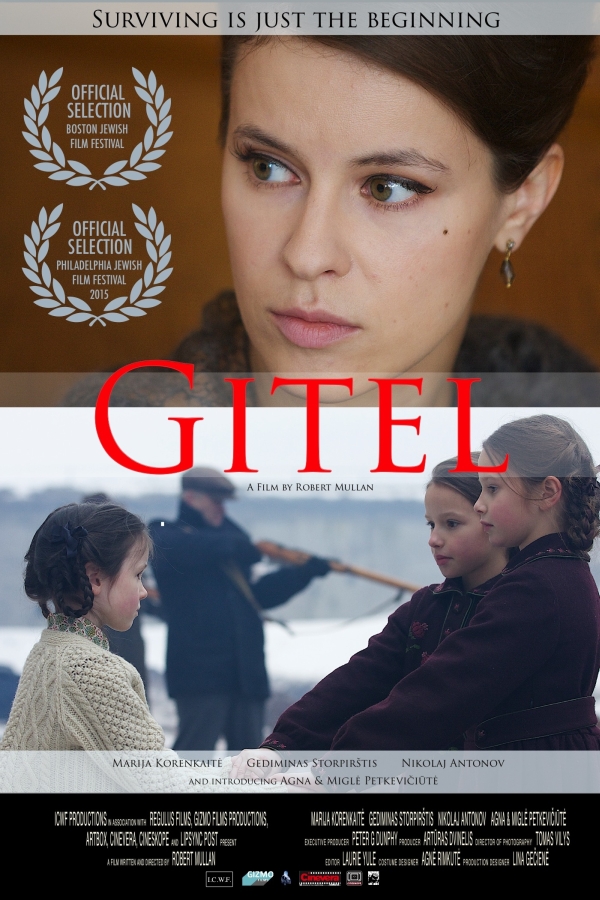 A cinematic premiere has been added to list of important events to honor Lithuania’s Holocaust victims. British director Robert Mullan’s film Gitel, filmed in Lithuania and elsewhere, will open at cinema theaters September 23. The film looks at the mass murders of 1941 through the eyes of a female survivor who has lost her family.

The same director’s Letters to Sofija (2013) was already a hit with audiences in Lithuania. That film is about the love story of Mikalojus Konstantinas Čiurlionis and his wife Sofija.

In Gitel, the main character returns in her mind to Kaunas in October of 1941 when in one day 10,000 people were murdered. Those murdered included her parents and small sisters. Saved by a simple Lithuanian peasant woman, Gitel carries through life deep guilt and cannot shake the ghosts of the past. Her friendship with Lev (Nikolaj Antanov) who has also suffered provides Gitel the courage to confront her personal demons and the collective demons of history, to forgive herself and to affirm to her that she has the right to at least little joy in life.