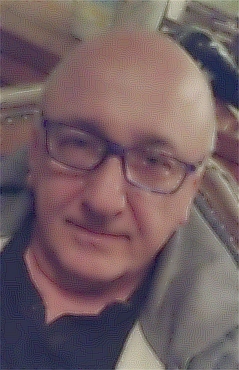 • The Turkish leadership saw the uprising in Syria and Egypt as an opportunity to replace regimes opposed to Turkey’s policies in the Middle East. Turkey looked at two targets: Egypt and Syria. In both countries, the Islamic opposition was headed by the Muslim Brotherhood, natural allies of Turkish president Erdogan.

• Turkey viewed developments in Syria as an opportunity to intervene and topple the Alawite regime. Turkish military intelligence was instructed to assist rebel factions opposed to the Assad regime almost from the very first days of the civil war in Syria.

• Turkey may have chosen to take advantage of the already boiling situation in Lebanon between Hizbullah and its Sunni opponents and try to provoke a renewed civil war in Lebanon.

• Greek authorities intercepted a ship recently, loaded with a Turkish shipment of weapons, supposedly destined for Muslim radicals in the northern part of Lebanon. 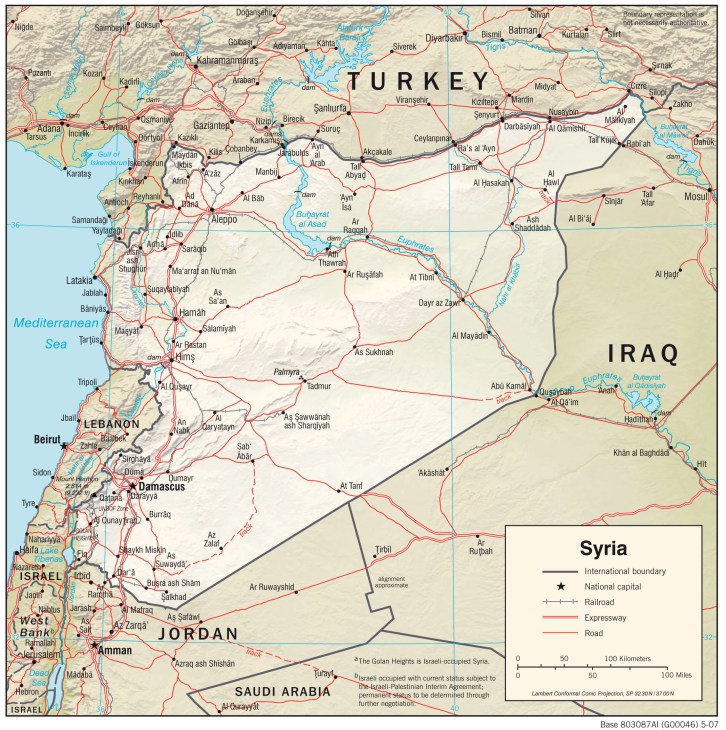 The outbreak of the so-called Arab Spring caught Turkey by surprise. After a period of hesitation, the Turkish leadership saw the uprising in Syria and Egypt as an opportunity to intervene and change the regimes opposed to Turkey’s policies in the Middle East and replace them with Islamic regimes closer to Turkey’s ideological position.

It took the Egyptian Army one full year, however, to recover, force Muslim Brotherhood president Mohammad Morsi to step down and retake the reins of power and the full control of the country – much to Turkey’s dismay. Since then relations between Ankara and Cairo have been poisoned by Ankara’s open criticism of the Sisi regime and by Egyptian accusations of Turkish interference in its internal affairs.

In July of 2015 Egyptian authorities went so far as to accuse Turkey of conducting subversive activities in the Sinai Peninsula following the arrest of Turkish agents by Egyptian Intelligence.¹ Even though the domestic situation in Egypt is still frail and Islamic terror is still very active both in Sinai and inside Egypt, the military have succeeded in maintain Egypt’s integrity and avoiding civil war. 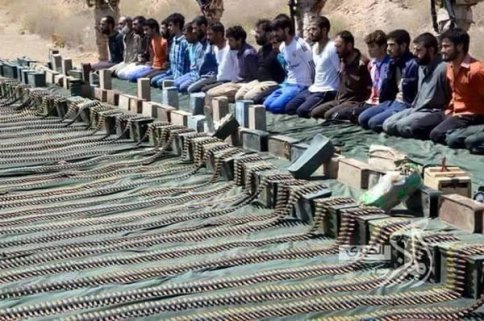 Unlike Egypt, the events that unfolded in Syria contributed to the collapse of the nation-state which had existed there since independence in 1945 from French colonial rule. Assad was confronted at the beginning by the traditional enemies of the Alawite regime. With the unraveling of the war, the Muslim Brotherhood were marginalized first by military groups which had rallied under the banner of the Free Syrian Army (FSA) and whose official announcement of establishment was made in Turkish under the auspices of Turkish Intelligence, and then by other radical Muslim factions, some al Qaeda-inspired and others directed by the Islamic State in Syria and the Levant (ISIL), later to become the Islamic State (IS) in 2014.

Turkey viewed developments in Syria as an opportunity to intervene and topple the Alawite regime. Accordingly, Turkish Military Intelligence (MIT) was instructed to assist rebel factions opposed to the Assad regime almost from the very first days of the civil war in Syria and even more so from the end of the 2013 and in early 2014. The magnitude of Turkish involvement in Syria was revealed by a Turkish prosecutor and in court testimony from Turkish gendarmerie officers quoted by Reuters,³ both contradicting Turkey’s claims it hadn’t assisted rebels with weapons, training and shelter, and by so doing had contributed indirectly to the rise of the Islamic State in Syria. According to this report, Syria and some of Turkey’s Western allies say Turkey allowed fighters and arms over the border, some of whom went on to join the Islamic State militant group. Testimony by gendarmerie officers in court documents reviewed by Reuters alleges that rocket parts, ammunition and semi-finished mortar shells taken from state intelligence agency (MIT) depots were carried in trucks accompanied by MIT officials to parts of Syria under the control of hardline Islamist rebel group Ahrar al-Sham. This Salafist group included commanders such as Abu Khaled al-Soury, also known as Abu Omair al-Shamy, who fought alongside al Qaeda founder Osama bin Laden and was close to its current chief Ayman al-Zawahiri.

Much has been written about Turkish involvement in the Syrian conflict, its bias against the Kurds and its double-faced attitude towards IS. It is not the purpose of this paper, however, to depict already known and well-documented interference.

Unlike in the past, it seems Turkey has decided to adopt a different approach to the destabilization of Syria following military intervention by Russia which has enabled so far the Assad regime not only to survive the storm but even to recapture positions lost to the rebellion since 2012. Until now Turkey had chosen to shelter, train, arm, and finance rebel groups, and allowed almost total free movement of jihadists inside Turkey en route to their units inside Syria and Iraq, and even allowed them to spend vacations in summer resorts on the southwest coast of Turkey. In some cases Turkey was even accused of assisting the Islamists in their battles against the Kurds in Kobani and Tel el Abyad, and even bombing Kurdish villages and troop concentrations. It took long and strenuous efforts by the United States to convince the Turks to allow coalition forces to use the İncirlik airbase in Turkey against the IS in Syria and Iraq. When Turkey finally announced it was joining the air efforts against IS, it soon became apparent that most of its strikes were carried out against Kurdish targets rather than IS targets.

If one could describe the Turkish vector of support to the rebels, one could say that this vector could be represented as a figurative arrow directed from Turkey south and westwards in an effort to push Assad’s loyalists to the coastline and to force Assad to fight his last battle from his traditional strongholds. Russia changed the equation, however, to the detriment of the rebels and created a new situation, demanding new answers and solutions.

It now appears that in its efforts to destabilize Assad, Turkey may have chosen to take advantage of an already boiling situation in Lebanon between Hizbullah and its Sunni opponents to try to provoke a renewed civil war in Lebanon. Sending weapons to radical Sunni Islamists in northern Lebanon is but the tip of the iceberg and much remains to be seen on the ground before reaching such a conclusion. But if this proves to be correct, then the Turks by doing this would have created two new fronts: one to attack the Latakia region from the south moving northwards and the other to generate civil war in Lebanon between Sunnis and Shiites, a situation which would force Hizbullah to withdraw its troops from Syria and return home to fight. By doing so, the Syrian regime would be deprived of some of its best troops and would be weakened, thus allowing rebels assisted by Turkey to initiate a renewed offensives in order to take back territory they lost at the beginning of October, 2015.

This theory finds support in an article written by Fabrice Balanche, a French professor and specialist on Syria’s political geography and currently visiting fellow at the Washington Institute. His article⁴ published on February 5, 2016, analyzes the situation following the success of the Syrian campaign supported by Iran, Hizbullah and Russia to cut the northern insurgency supply line to Turkey. His remarks about possible countermoves by the Turkish and Saudi supporters of the insurgency in his article are worth noting:

“…Turkey and Saudi Arabia might not remain passive in the face of major Russian-Iranian progress in Syria.They could set up a new rebel umbrella group similar to Jaysh al-Fatah, for example, and/or send anti-aircraft missiles to certain brigades. Another option is to open a new front in northern Lebanon, where local Salafist groups and thousands of desperate Syrian refugees could be engaged in the fight. Such a move would directly threaten Assad’s Alawite heartland in Tartus and Homs, as well as the main road to Damascus. Regime forces would be outflanked, and Hizbullah’s lines of communication, reinforcement and supply between Lebanon and Syria could be cut off.”

This, of course, would partly explain the news that Greek authorities have detained a cargo ship, the Kuki Boy flying under a Togolese flag, on the island of Crete since February 28, 2016. The ship, loaded with weapons, was supposedly destined for Muslim radicals in the northern part of Lebanon. It left the Turkish port of Mersin on February 4, 2016 and was sailing for the port of Tripoli in Lebanon. Intercepted by the Greek Coast Guard off the coast of Rhodes Island 63 miles southeast of the Turkish resort town of Bodrum, the ship was forced to dock at the port of Souda in Crete.⁵ 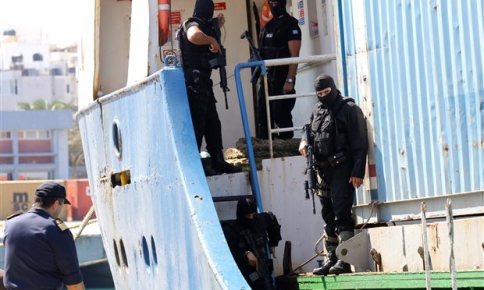 Moreover, reports of the incident come amid mounting political tension as Saudi Arabia and fellow Gulf states continue to take punitive measures against Lebanon (the annulment by Saudi Arabia of $4 billion in financing of weapons from France is but one example) in anger over what they see as Hizbullah’s destructive influence over the country. According to one⁷ Sunni politician in Lebanon, Saudi Arabia was courting Syrian refugees in Lebanon with the goal of establishing an anti-Hizbullah Sunni militia. The politician said Saudi deputy crown prince Mohammed bin Salman sees Sunni Syrian refugees with military training as a way to harass Hizbullah, and he may be using Saudi philanthropic organizations which provide aid to refugee camps as a way to court potential militia recruits.

It was only logical that the uncovering of the weapons on the ship bound for Lebanon would trigger harsh criticism from the pro-Hizbullah media. An immediate reaction was voiced by Hassan Nasrallah, leader of Hizbullah, in his latest speech. While adopting a confrontational attitude towards Saudi Arabia, which had convinced the Gulf Arab monarchies to consider Hizbullah a terrorist organization and to treat it accordingly, Nasrallah pointed at Turkey and its regional allies – Israel and Saudi Arabia – and accused them of trying to destabilize Lebanon, and pledged that he would not fall into the trap set by his enemies.

The pro-Hizbullah media in Lebanon chose also to accuse Turkey and Saudi Arabia directly of destabilizing Lebanon as part and parcel of a greater scheme to bring down the Alawite regime in Syria. Pro-Hizbullah newspaper Al-Akhbar⁸ published an article warning that “foreign powers” seek to “explode the Lebanese arena.” The same newspaper then claimed Turkey had gathered “statistics in Lebanon, and collected information on the presence of 84,000 Lebanese of Turkmen origin about their location, their types of business and their political presence.” Al-Akhbar did not explain what Ankara allegedly wanted to do with this information. Instead, the paper claimed Ankara was “working forcefully along with the Qataris in northern [Lebanese] areas in particular” to hamper support for the Future Movement headed by former Lebanese prime minister Saad Hariri.

Certainly recent events have served to emphasized again an already known picture of the military alliances – Syria and its allies Russia, Iran and Hizbullah on the one hand, and Turkey in concert with Saudi Arabia and Qatar on the other hand. Cynically, both alliances are fighting for the same turf and conducting their confrontation through proxies. It appears now that both rival alliances are looking for a possible game changer in Syria which might turn out to be a frail, paralyzed and divided Lebanon.

4 http://www.washingtoninstitute.org/policy-analysis/view/the-battle-of-aleppo-is-the-center-of-the-syrian-chessboard, The Battle of Aleppo Is the Center of the Syrian Chessboard, February 5, 2016