You were about to begin university when the Germans invaded on June 22, 1941. When they ordered your family into the Vilnius ghetto, you crossed the street, Pylimo, to the Jewish Hospital section of the ghetto between Pylimo and Ligoninės streets. You joined the FPO, carried out sabotage missions against the Lithuanian Nazis, fought in the forests and marched into Vilnius with the Red Army when the Soviets liberated the Lithuanian capital. Although the fascists murdered your entire family, you stayed in the country and continued fight for a better future. After your husband passed away, you devoted yourself to telling the truth to the younger generations about the Holocaust and how Jews didn’t go like lambs to the slaughter, but fought tooth and nail, and prevailed against their oppressors.

We salute your bravery, your decision to fight and the life you devoted to telling the truth and serving humanity in your native land.

Members of our Community met on sunny May 8 to mark the end of World War II, an end without which none of us would likely be alive. 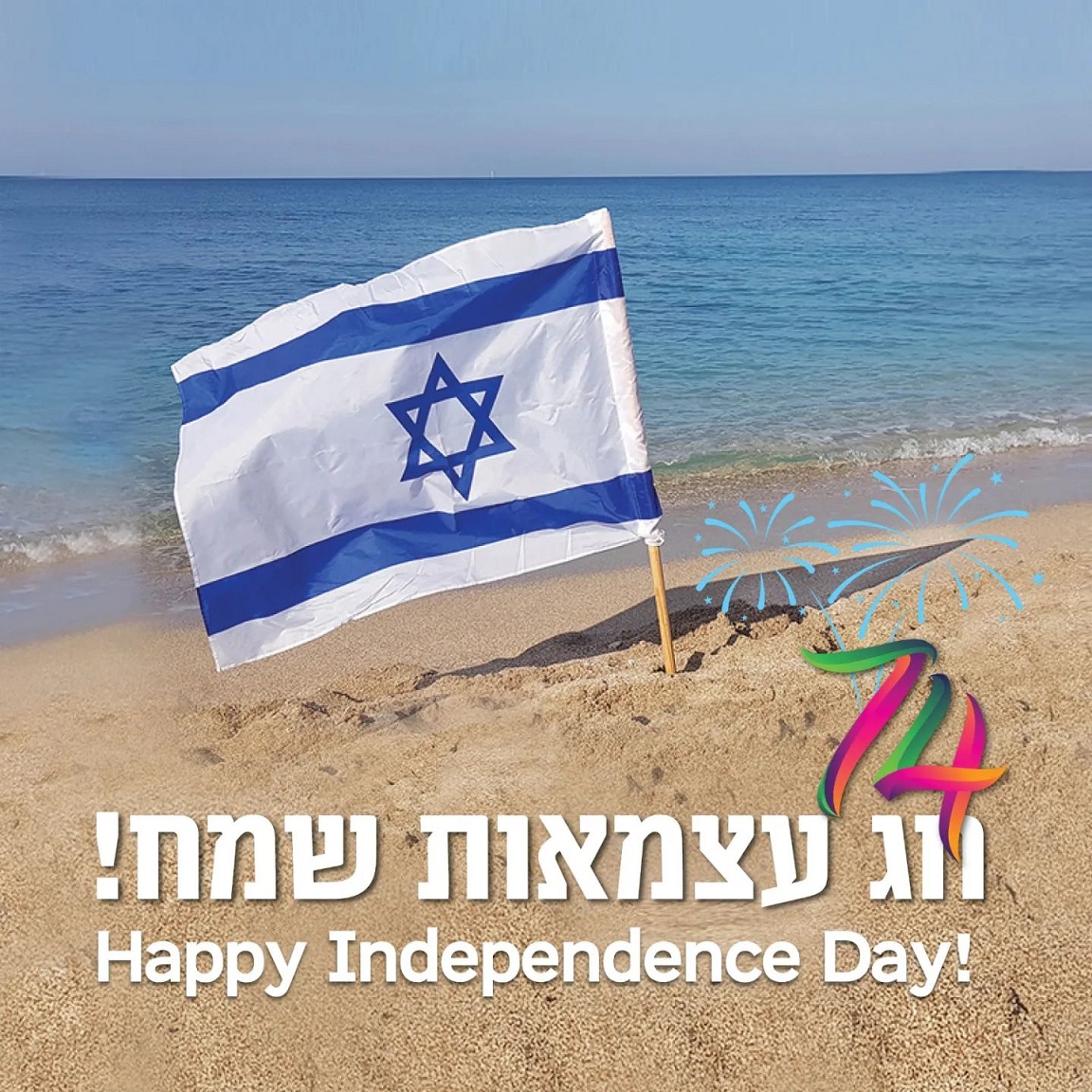 Lithuanian president Gitanas Nausėda sent greetings to Israeli president Isaac Herzog on Yom haAtzmaut, Israeli independence day, on April 5 this year as Israel celebrates its 74th year as a modern state. He used the occasion to talk about the Ukraine.

“Today a war is happening in Europe. Ukraine. The Ukraine is experiencing Russia’s military aggression. Every day many innocent people of the Ukraine die, are wounded and lose their homes,” he said, adding: “I very much appreciate Israel has joined the countries condemning Russia’s actions.”

The club for senior citizens was set up by Lithuanian Jewish Community chairman Simonas Alperavičius and deputy chairwoman Maša Grodnikienė on April 26, 1998, and was later named Abi Men Zet Zich, Yiddish for “just to see you again.” The name was the idea of the late Milan Cheronski. We wish club coordinator and social services director Žana Skudovičienė and all our seniors a very happy anniversary.

We wish a very happy birthday to Jakov who turned 90 April 26. He is an active member of the minyan at the Choral Synagogue. It’s said a man’s life isn’t measured in years, but in deeds. In that case, given his experience and wisdom, wishing him “bis 120” might not be nearly enough. Mazl tov! 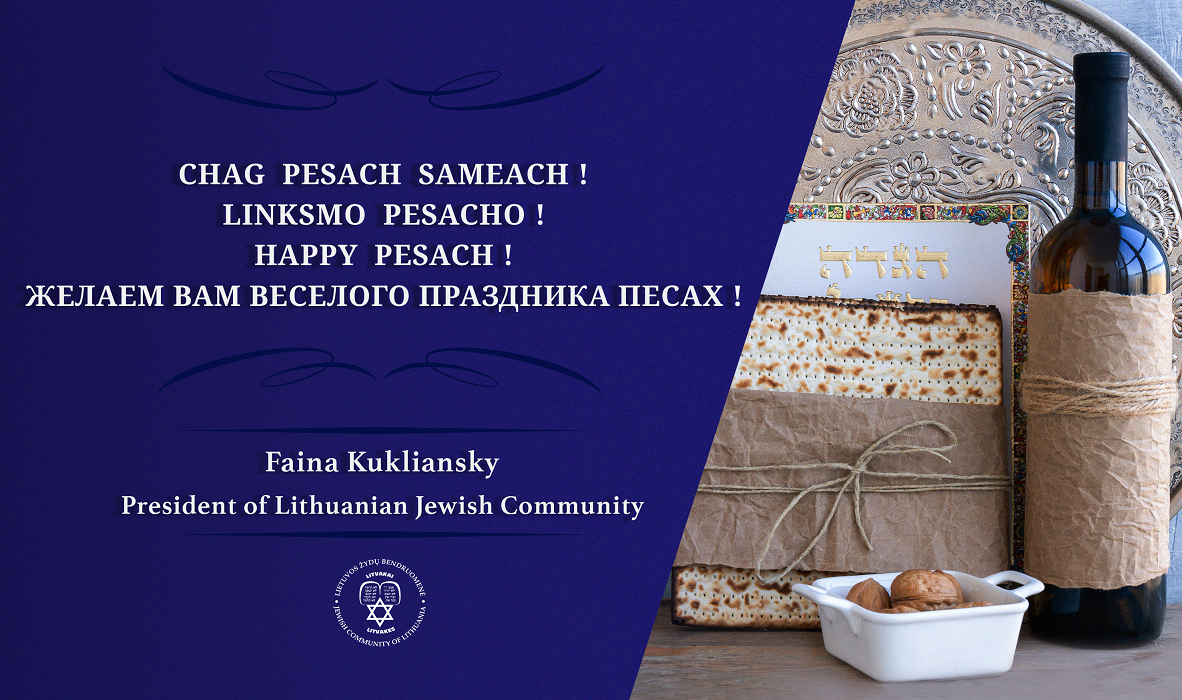 Happy 65th birthday to our friend Leonidas Melnikas. Leonidas recently won the Ona Narbutienė prize for his two-volume biography “Maestro Saulius Sondeckis” (Vilnius 2020, 2021), among his many other achievements and recognitions.

The Union of Former Ghetto and Concentration Camp Prisoners and the entire Lithuanian Jewish Community wish you a happy birthday this milestone year.

We don’t count the years in life, they fall to the ground like white petals. They fly on the wind and never stop. But sometimes we are allowed to look back. Forget the difficult days. Only remember the joyous ones and may this milestone birthday be woven of dreams.

We wish you happiness and good health. Many more, and may that refrain echo many more years. Mazl tov! Bis 120! 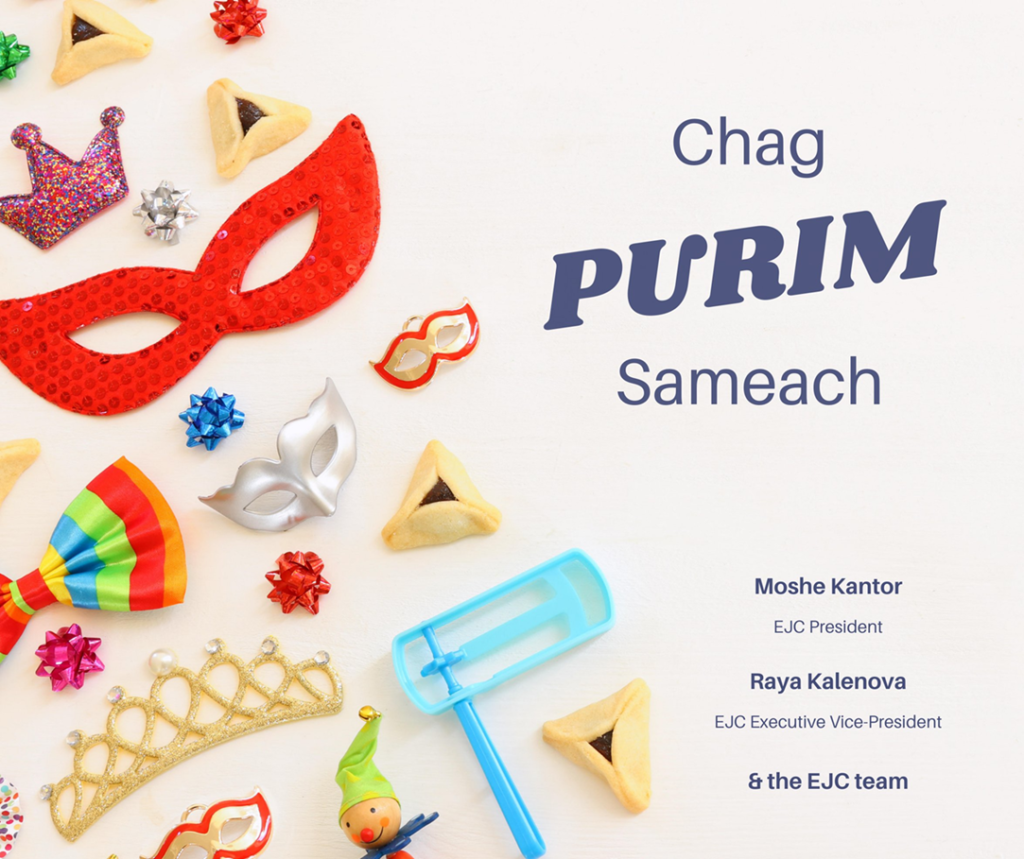 For the dough you’ll need:

Professor Vladas Algirdas Bumelis has sent Purim greetings to the Lithuanian Jewish Community, with the wish the holiday will allow us to look courageously and resolutely to the future.

The Lithuanian classical chess championship for 8-year-olds and younger took place in Vilnius March 4 to 6 and included 30 boys and 8 girls. Six-year-old Šiauliai Regional Jewish Community member Karina Šer won 7 matches out seven and became the Lithuanian girls champion. Two weeks ago Karina competed in the ten-year-old girls championship and took third place, while her brother Daniel Šer won the same number of points as the other two top-placers and took third place in the 14-year-old boys group. Congratulations!

Purim is almost here, the happiest spring holiday, but its true meaning is the Jewish struggle for physical survival, just as topical now as ever. Natalja Cheifec invites you to her internet lecture on the meaning and traditions of Purim. It will take place beginning at 5:30 P.M. on Thursday, March 17, in the Lithuanian Jewish Community’s zoom room. Register here.

The Lithuanian Council signed a proclamation declaring the reconstitution of the Lithuanian state on February 16, 1918, and disavowing all former dependences on foreign states. To insure the future course and constitution of the state they called for the formation of the constituent Seimas, or parliament, which enshrined the principles of Western parliamentary democracy and freedom of belief, conscience and speech, ethnic equality under law and individual privacy and freedom from the wanton exercise of power. The Lithuanian State Council and the constituent Seimas ushered in the period of national rebirth. This Seimas adopted the national constitution and land reform legislation, and considered and adopted various laws regulating different areas of national life.

Let’s appreciate and take pride in our country.

We wish our always active member a very happy birthday, good health and good times. Aleksandras, your contribution to maintaining Jewish heritage is great. You helped build the Tolerance Center of the Vilna Gaon Museum at the site of the former theater there. You were always there in the middle when there was work to be done. You introduced Europe to Litvak heritage, organizing two exhibitions of Vilnius ghetto posters in Padua and Strasbourg.

We would like to express our great respect for your good work and your tolerance. 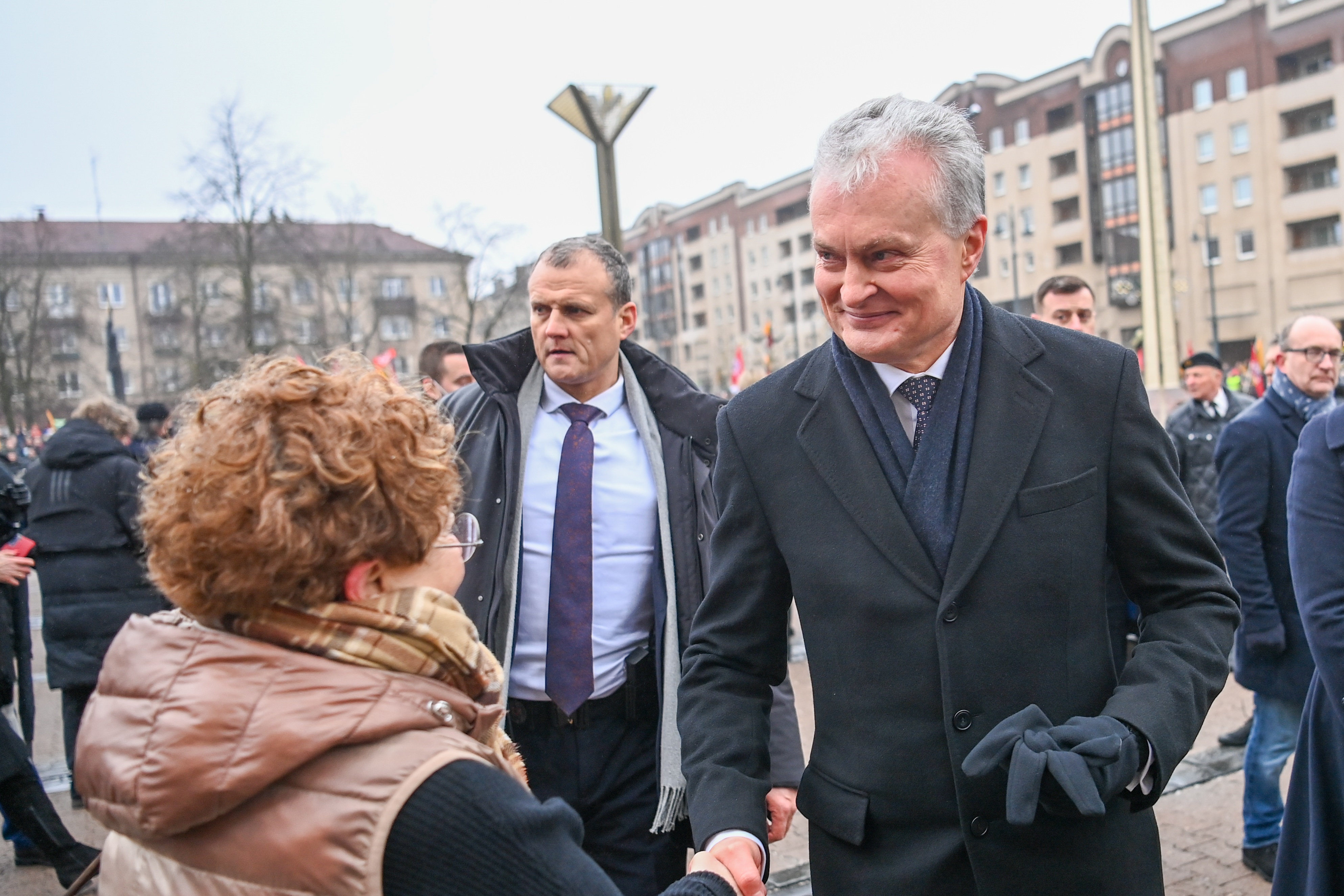 “It was endlessly pleasant to receive an invitation from professor Rimantas Benetis, rector of the Lithuanian Health Medicine University, to meet at the recently-opened Emmanuel Levinas Center. We had a nice and warm conversation in which we discussed the Center’s mission, planned activities and opportunities for cooperation. I thank Center directors Ingrida Krasauskienė and Julija Vasilenko who conducted a tour of the impressive space of the Center with its extraordinary aura and possessing materializing visions of the future. I hope that the Center will be more than just an institution researching and promoting the philosophical, intellectual and cultural inheritance of the famous philosopher Emmanuel Levinas (1906-1995) born in Kaunas, as its articles of incorporation state, but also that it will become a new venue in Kaunas for memorable and meaningful meetings and events. And I also hope ties of partnership and cooperation will join the Levinas Center and the Kaunas Jewish Community, inspiring us to carry out numerous projects.”