Today Vilnius begins celebrating its 700th birthday with a series of events over the coming year. Over its entire 700 years of history the Jewish people have lived, built, created, started families, studied and achieved major milestones in culture, medicine, business, the arts and many other fields of human endeavor.

Lithuanian Jewish Community chairwoman Faina Kukliansky remarked: “Today there remains only a very small Vilna Jewish community, but the contributions made by many generations of Jews to the success and thriving of this city called the Jerusalem of the North won’t allow us to forget.”

The Lithuanian Jewish Community has published a calendar to mark Vilnius’s 700th anniversary with a special Vilnius 700 logo and collages from old Jewish Vilne. The designers of the calendar were Victoria Sideraitė Alon and Albinas Šimanauskas from the creative group JUDVI & AŠ.

“The 700th anniversary of the founding of the city of Vilnius is a wonderful and significant day for all residents of the city and beyond. Sadly, in the excitement in preparing for this holiday, few remember who built the capital of Lithuania, who contributed so significantly to giving birth to this pearl of UNESCO,” chairwoman Kukliansky commented.

Grand duke Gediminas, the ruler of the Grand Duchy of Lithuania, decided to found his capital on the confluence of the Neris River (formerly known as the Vilija) and the Vilnelė creek, and began inviting people from throughout Europe to come settle there, create and contribute to creating this country’s commonweal.

The historical chronicles show Europeans responded. Many people moved to Vilnius and stayed on for generations. The city still bears the historical street names for many of these peoples, with Jewish street, German street, Russian and Tartar streets.

The city has changed hands numerous times and the patina of time and endless nationalist makeovers make difficult the detection of the Jewish Vilne/Vilna which thrived before the Holocaust. The calendar is an attempt to capture the echoes of that world.

“This calendar is a message urbi et orbi [to the city and to the world] from Old Jewish Vilne,” LJC chairwoman Faina Kukliansky said.

Some illustrations from the calendar: 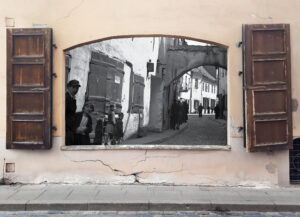 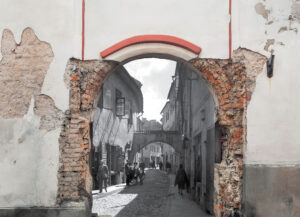 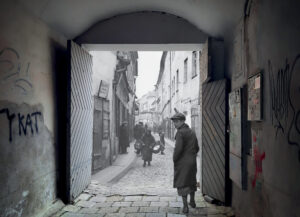 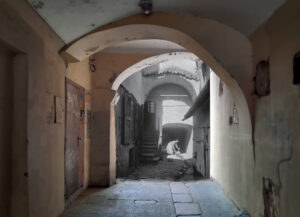 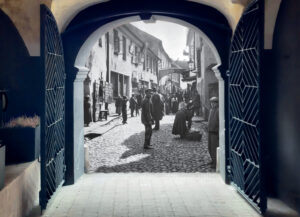 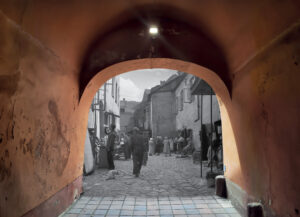 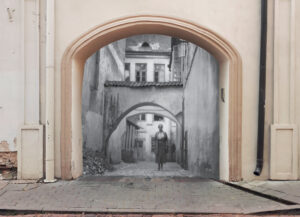 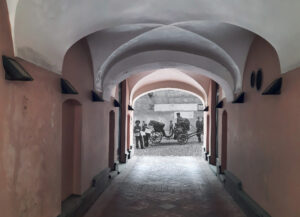 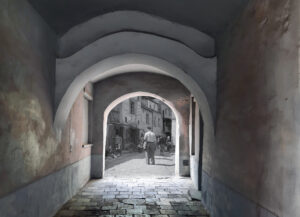 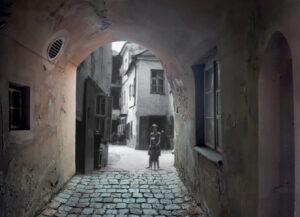 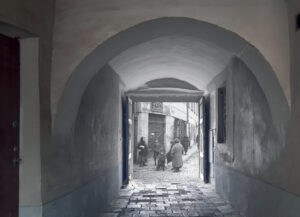 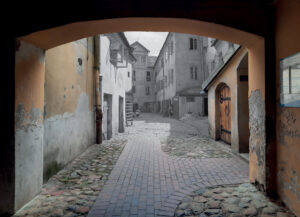 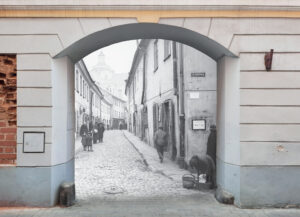