On July 24 members, partners and friends of the Panevėžys Jewish Community gathered to celebrate the organization’s 30th birthday. Chairman Gennady Kofman thanked active members of the community in carrying on Jewish tradition and preserving Jewish heritage and gave special thanks to supporters and partners for their contribution in expanding the Community’s activities.

Community members recalled how the Community was formed and paid respects to its first chairman, the journalist Anatolijus Fainblumas, and others. Sincere words of gratitude went to Righteous Gentile Jonas Markevičius’s son Vidmantas and daughter Janina, who have helped promote the Community as well in the local community. Thanks were given to executive board members Jurijus Grafman and his wife Svetlana. Deep gratitude was expressed for the Lithuanian Jewish Community and its chairwoman Faina Kukliansky.

Chairman Kofman told the 30-year story of the Community. On July 8, 1991, the Panevėžys Jewish Community was officially reconstituted and articles of incorporation filed at the Panevėžys municipality. Goals and duties were set then: “To develop the national consciousness of members, to raise the level of culture and spirituality, to conduct our activities based on exemplary behavior and sincerity, to cooperate with all sorts of democratic organizations and religious confessions,” etc.

The Panevėžys Jewish Community has adhered to these goals and pledges till today, despite the fact many Jews have left for Israel, and many have gone on to eternity. When chairman Fainbliumas passed on in the spring of 2001, Gennady Kofman stepped up and assumed the duties of chairman.

Initially it was difficult work. “There was no accurate list of Jews living in the city and region of Panevėžys and … we had to make efforts so that people understood they were Jews, begin to adhere to Jewish tradition and customs, and pass this on to their children and grandchildren. We had to resuscitate the Jewish cultural and spiritual legacy, among other things. We had to begin from scratch,” Joana Viga Čiplytė recalled back in 2009.

Fainbliumas and Kofman took the initiative in reaching out to Vyturis High School No. 15 in Panevėžys, now known as the Vyturis Pre-Gymnasium, a relationship which eventually resulted in something new, the work of the Tolerance Club, which came to include the city’s educational institutions and agencies.

The work of the chairman and the executive board led to the placement of a memorial plaque at the old Jewish cemetery, the “Sad Jewish Mother” stature and the “Ghetto Gates” memorial (sculptor Vytautas Tallat-Kelpša), as well as the commemorative plaque at the site of the Khevra Torah Synagogue located at Valančio street no. 4, the plaque commemorating Jewish folk artist Benjaminas Zuskinas, the plaque commemorating the famous founder of the Ponevezh Yeshiva the rabbi Yosef Kahaneman, the plaque commeoration Abraham Mer at the site of the former Jewish hospital, the stele erected in honor of Righteous Gentile Marija Rusteikaitė and memorial plaques erected in Ramygala, Raguva, Krekenava, Pasvalis, Kupiškis and other locations.

A plaque was erected in Panevėžys in 2014 to commemorate the 100th anniversary of the Joint Distribution Committee in Panevėžys and Lithuania. 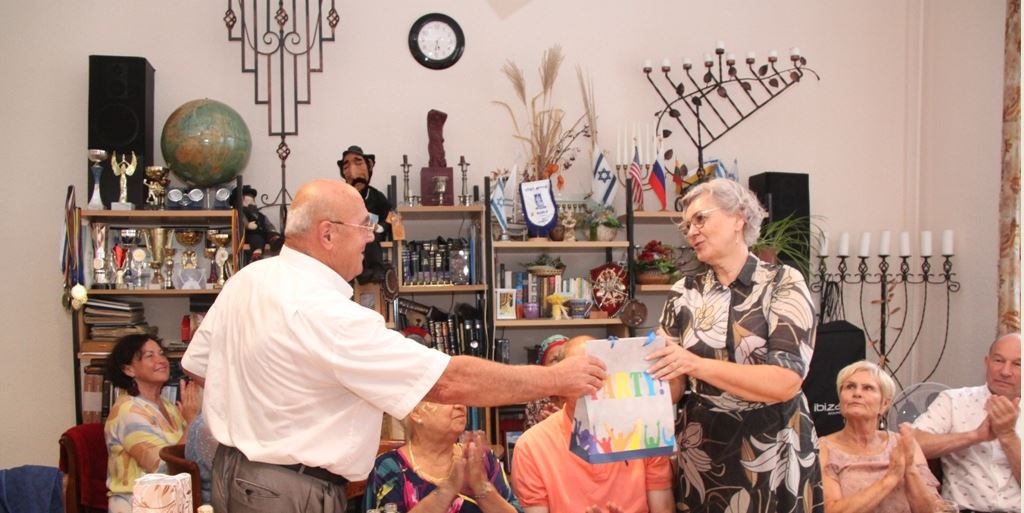