Saul Kagan, who fled Lithuania, spent decades leading the Jewish welfare organization which was primarily responsible for restitution worth more than $70 billion to Holocaust survivors and their descendants.

Saul Kagan came the to the USA in 1940 after losing his mother and brother to the barbarity of the Nazis. In 1951 he became the director of World Jewish Congress responsible for material claims by Jews against Germany. B’nai B’rith and other Jewish organizations brought an unprecedented claim, demanding reparations from “the heirs of the state of the Third Reich,” meaning West Germany, for the Nazi genocide against the Jews of Europe.

Kagan’s agreements signed over the following fifty years demanded the governments of West Germany and Austria and a falange of fascist corporations compensate people who survived the Holocaust for the houses, homes, buildings, furniture, art and other property seized from them during the Nazi era. They also demanded the payment of pensions, stipends and aid to the elderly they otherwise would have had if they hadn’t been persecuted instead, as well as compensation for hundreds of thousands of Nazi prisoners, Jews and non-Jews, used as slave labor by Germany’s industrial giants, corporations such as IG Farben and Krupp.

By separate agreement, West Germany paid about $15 billion to the newly-created state of Israel for the settlement of several hundreds of thousands of Jewish refugees there after the war. His colleagues recount that Saul Kagan and other members of the Claims Conference (its full name is the Conference on Jewish Material Claims against Germany) had to fight for every concession. The West Germans were glad to enter into negotiations, seeking to repair the reputation of their country in the world. At first, however, they refused to admit to the scope of the crimes the Nazis committed. The first agreement which they signed in 1952 only provided compensation to those Jews who could prove they had been or were citizens of Germany.

Saul Kagan’s diplomatic attitude, which his colleagues characterized as relentless but modest, finally won West Germany over to admitting their debt to survivors from all European countries which had been occupied by the Nazis. Austria recognized their participation in Nazi persecution and agreed to pay compensation. Switzerland’s banks were forced to admit they had taken in the property of Holocaust victims and had to pay reparations. The German conglomerates also agreed to compensate those who had been used as forced labor.

When Soviet Jews began emigrating to the West in the 1970s new agreements were made to accommodate them. When East and West Germany reunited in 1990 Saul Kagan insisted on establishing additional compensation to reflect the East Germans’ share in Jewish persecution.

In the process, Holocaust scholars say, Kagan effectively mapped the landscape of Nazi looting and property crime in a way which paralleled the chronicle of capital crimes documented in the Nuremberg trials.

From 1998 to 2000, Stuart E. Eizenstat, a former deputy treasury secretary and special advisor to president Bill Clinton for Holocaust issues in the 1990s, acting on claims begun years before by Kagan, helped reach settlements with the Swiss banks UBS and Credit Suisse as well as with IG Farben, Krupp and other German corporations, among them Daimler-Benz, Siemens and Volkswagen. The agreements yielded a combined $6 billion in compensation.

Any claims to the achievements over the history of the Claims Conference would be woefully inadequate without recognizing the priceless contributions made by Saul Kagan. He was the executive director of the organization who profoundly established and performed his important and vital role in carrying out the mission and goals of the Claims Conference over the decades. He considered it his life’s calling to do at least a little justice to the Jews who had managed to survive the Shoah. He thus became the backbone of this historical action without precedent. When compensation and restitution for the history of the Holocaust finally comes to a close, Saul Kagan’s name will remain forever unchanged for all time.

Saul Kagan was the architect of Holocaust compensation and restitution. He considered his life’s calling was to achieve at least a modicum of justice for the Jews who somehow survived the Holocaust, thus forming the basis for an enterprise without historical precedent.

Over six decades of work in the Claims Conference Saul Kagan remembered without error each and every detail of agreements and negotiations. You could ask him about any agreement in which had participated and he could provide not just the details, but the entire historical context as well the full names of the main negotiators. He spoke six languages.

Just as the genocide against the Jews found no precedent in the history of mankind, so, too, was the work of the Claims Conference unprecedented, even if their efforts could never bring the dead back to life nor compensate the suffering of the victims in any full way. The Claims Conference enabled Germany’s recognition of their crimes and the return not just of property, but of history. The entire time Saul Kagan was the heart and conscience of the organization, an historian and advocate for those who suffered without end.

Saul Kagan was almost completely unknown by society at large, spending his time in disputes with foreign governments rather than in the public eye.

In 1952 David Ben-Gurion in a letter to the first president of the Claims Conference, Nahum Goldmann, wrote: “For the first time in the history of the Jewish people, the Jewish families persecuted and looted over the centuries have finally received justice… the persecutors and looters were forced to return a portion of the loot and pay collective compensation for a portion of the material losses.”

Stuart Eizenstat, former deputy treasury secretary and special advisor to president Bill Clinton for Holocaust issues in the 1990s, said: “It is no exaggeration to say that for fifty years Saul Kagan was the heart, mind and soul of the search for justice for survivors of the Holocaust.”

Deborah Dwork, a history professor and director of the Strassler Center for Holocaust and Genocide Studies at Clark University in Worcester, Massachusetts, called Mr. Kagan an overlooked hero of postwar Jewish history.

“He was relentless and modest,” she said, drawing a contrast with Simon Wiesenthal, the self-described “Nazi hunter” who claimed a role in capturing Adolf Eichmann.

Mr. Kagan was the more historically important figure, she said. “The word ‘hunting’ just happens to excite the public imagination more than the word ‘negotiating,’ ” she added.
Lithuanian Jewish Community chairwoman Faina Kukliansky said: “I remember him as a not-large, humble man commanding great authority. People used to listen to him, and to hear him. There’s a reason he’s called ‘the father of restitution.’ The Lithuanian Jewish Community is not only proud of the fact Saul Kagan was born in Vilnius, but also that he spoke out on the law adopted on the partial restitution of Jewish community property in newly independent Lithuania, the first country to emerge from the collapse of the Soviet Union.”

In late 1939 Saul Kagan’s father told his son to travel to relatives living in New York. Saul Kagan received a visa from Japanese diplomat Chiune Sugihara and travelled via the Trans-Siberian Railroad to Japan in 1940, then to the USA. He joined the US Army, took a special training course in the Russian language, served in the Army’s Air Forces and was sent to fly a bombed in Normandy. He fought in the Battle of the Bulge, was honorably discharged and went on to do studies at the Office of Military Government, United States (OMGUS), including work used by the Joint Distribution Committee in Berlin before the Soviet blockade. He also did academic Holocaust research.

Saul Kagan was born on July 20, 1922, in Vilnius to the family of Shebsel-Yosel Kagan, the administrator of Vilnius’s Jewish Hospital. Shebsel-Yosel Kagan came from the shtetl Gelvon (Lithuanian Gelvonai). Saul Kagan’s mother Leya Kegan née Britanishky was a homemaker, born in 1888 and hailing from the Podberezhe shtetl (Lithuanian Paberžė). Shebsel-Yosel Kagan’s family lived next to the Jewish hospital on Pylimo street. The family had another son named Emanuel, born in 1913. In June of 1941 travelled for his health to Sochi on the Black Sea and that saved his life. In 1941 Leya and Emanuel Kagan were imprisoned in the Vilnius ghetto. In 1942 they were forced to live on Ligoninės street in the Jewish ghetto, Hospital street also known as Szpitalna (Polish for hospital) street at the time.

In 1946 Shebsel-Yosel Kagan returned to Vilnius, found no family remaining, married a widow and left with her for Stockholm, where he died in 1964, but not before meeting his son Saul again. Saul Kagan married Elizabeth Koblenzer, who died in 1967. His second wife was Eleanor Spear. He had a son named David who died before he did, and a daughter named Julia. He and Eleanor Spear adopted two step-children as well, Jonathan and Emily Lobatto.

Saul Kagan had many and varied interests. His command of six languages opened up the canons of education in Europe and America to him. He loved the visual arts and classical music. He knew German politics well at the national level. His deeply human concern, however, was unconditionally dedicated to those who experienced the bloody horrors of Nazi persecution. Saul Kagan died November 9, 2013. He was 91. 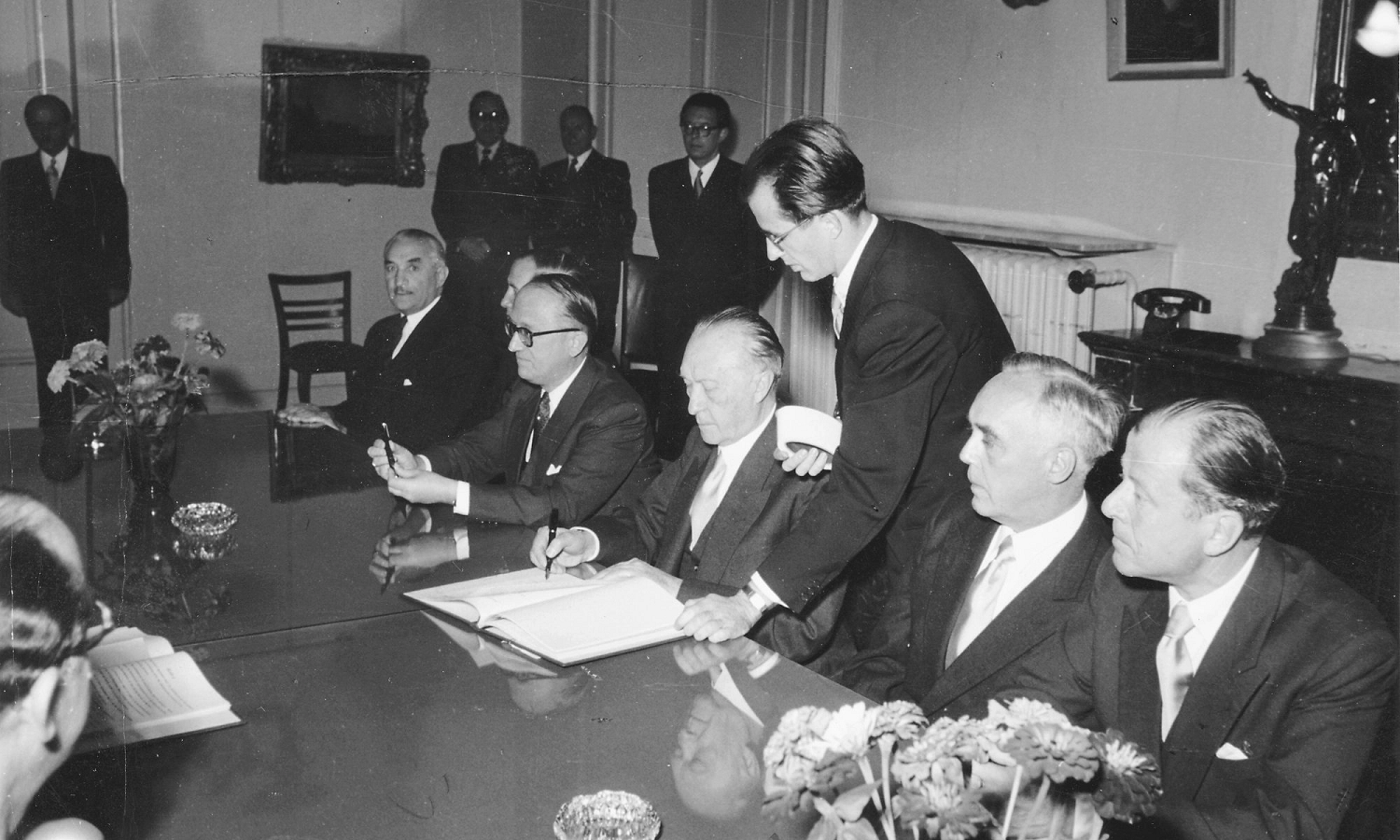 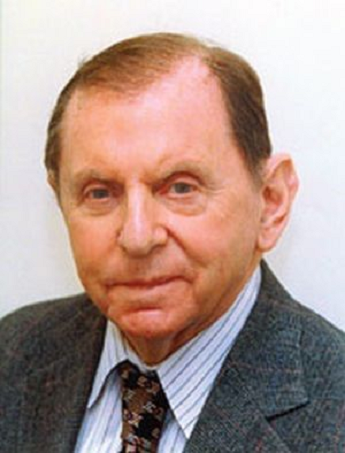 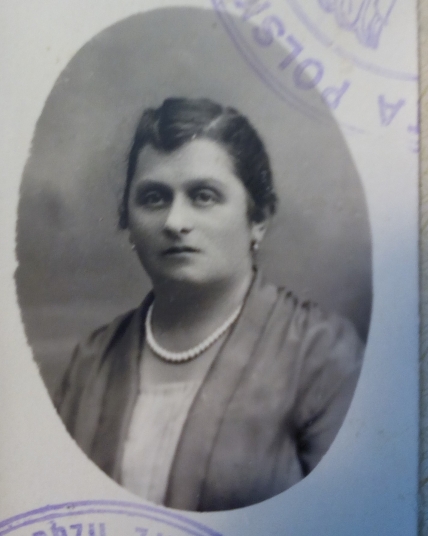 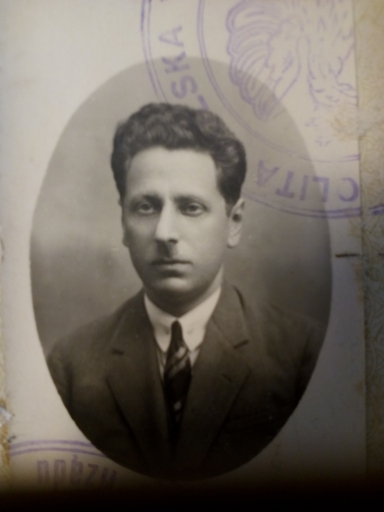 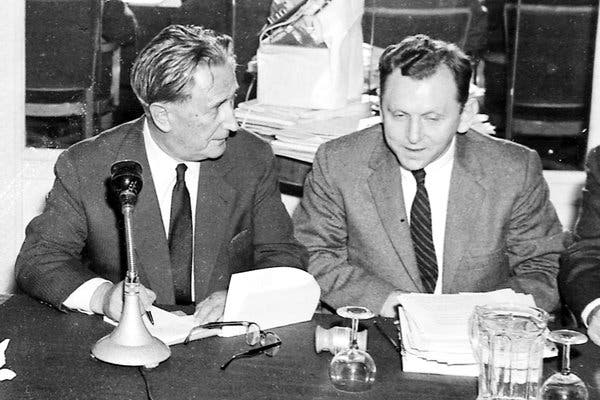 Saul Kagan, right, in 1958, with Nahum Goldmann, the first president of a Jewish group created to seek reparations for victims of the Nazis. 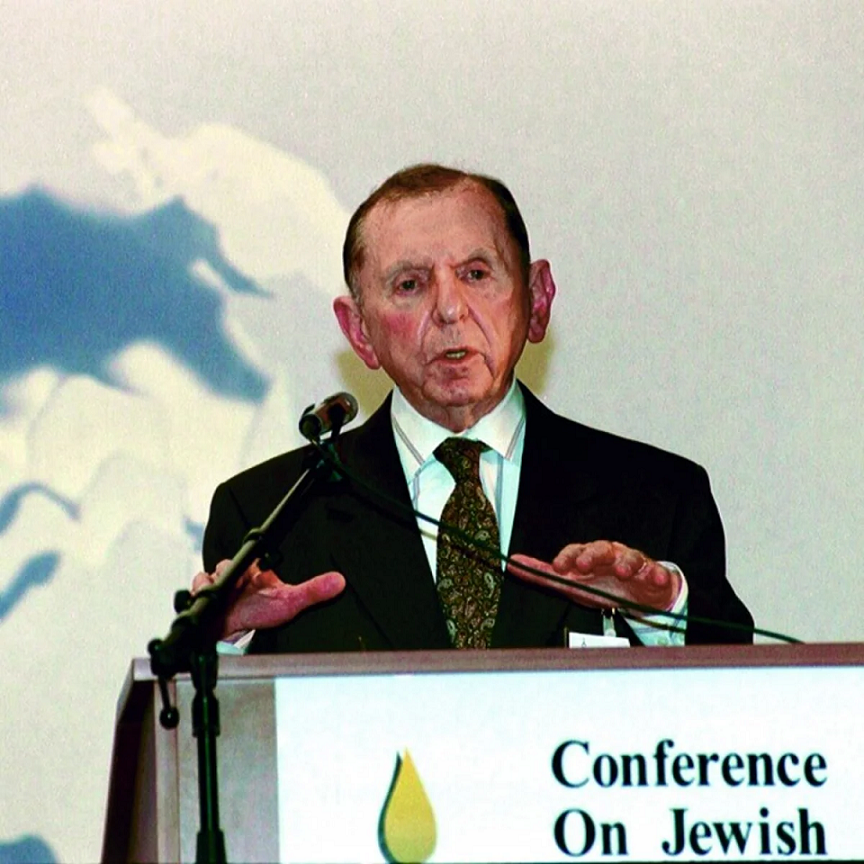