A monument commemorating the mass murder of Jews has been vandalized near the town of Darbėnai in Lithuania’s Kretinga District.

A town resident noticed the vandalism while walking the in White Mountain Forest on Tuesday, May 10, 2022. The man reported the vandalism to the aldermanship after which the police were contacted about the incident.

The monument marked the site where about 320 Jewish women and children were shot to death in 1941. The site was recognized as a protected cultural heritage site with historical and commemorative values. Now the site contains a single stone marker, a broken stone plaque, vodka bottle shards and a swastika scratched on the commemorative stone. 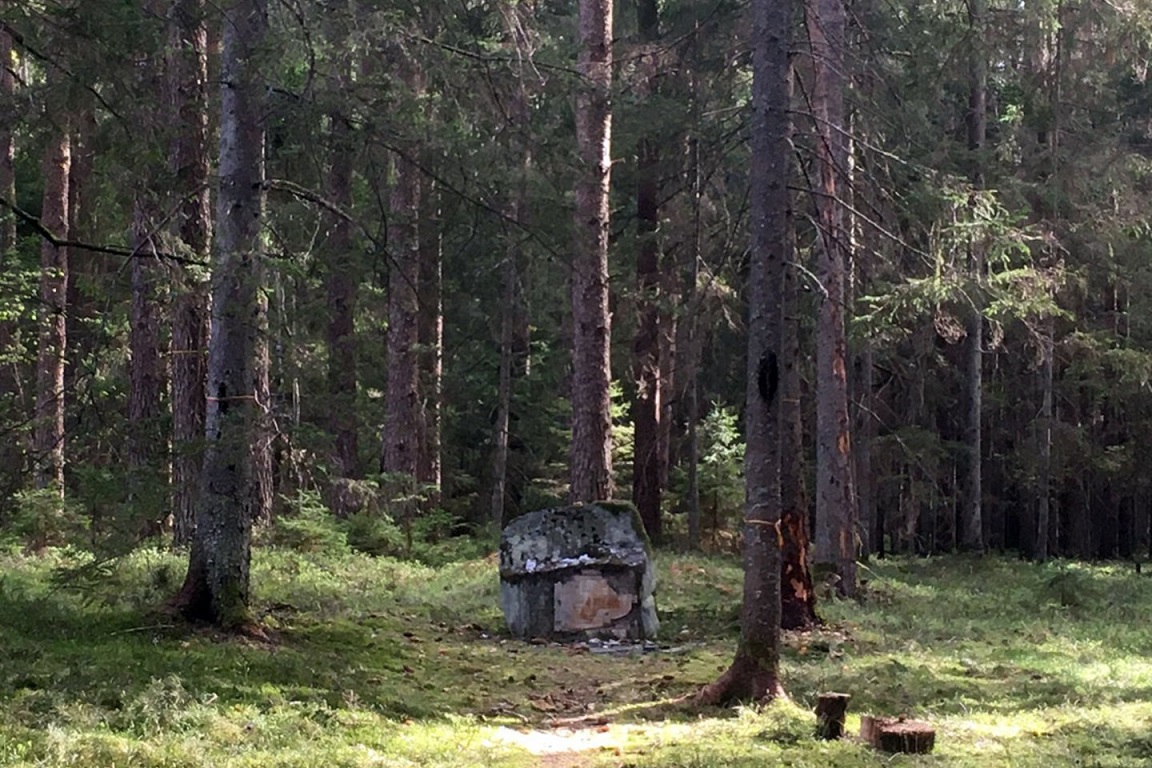 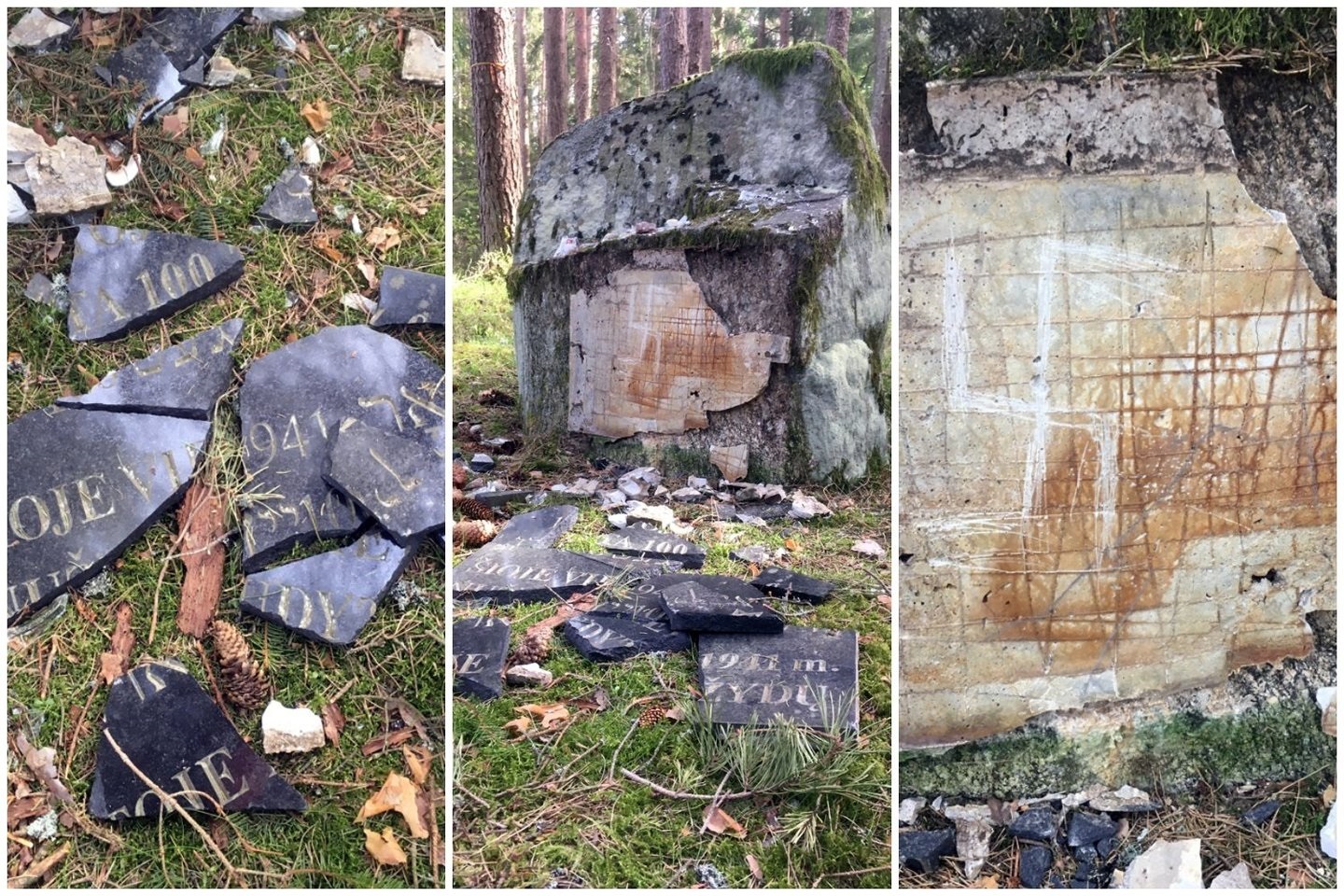