The Lithuanian Jewish Community looks on in surprise and with concern at statements issuing from the press secretary of the Communist Chinese Foriegn Ministry claiming Jews and other ethnic minority communities in Lithuania are suffering “serious discrimination” and pressure, the LJC said in a press release.

Although there is public and free dialogue between the LJC and Lithuanian government institutions concerning commemoration of the past and other painful chapters of history regarding the Holocaust, we vigorously reject any and all accusations Jews are experiencing discrimination in Lithuania today.

Lithuanian Jewish Community chairwoman Faina Kukliansky said: “Lithuania is a democratic country which respects its Jewish citizens and safeguards the rights of all its citizens. While we sometimes have differing opinions regarding heritage and property destroyed during World War II by the Nazis and their Lithuanian collaborators, or regarding unreturned property, we are nonetheless and active and free part of Lithuanian society. In our country we freely express our views, and we support open and public dialogue with institutions and other groups of society. It is absolutely unacceptable attempting to draw our small community into a solution of bilateral and international disagreements through mendacity and manipulation.” 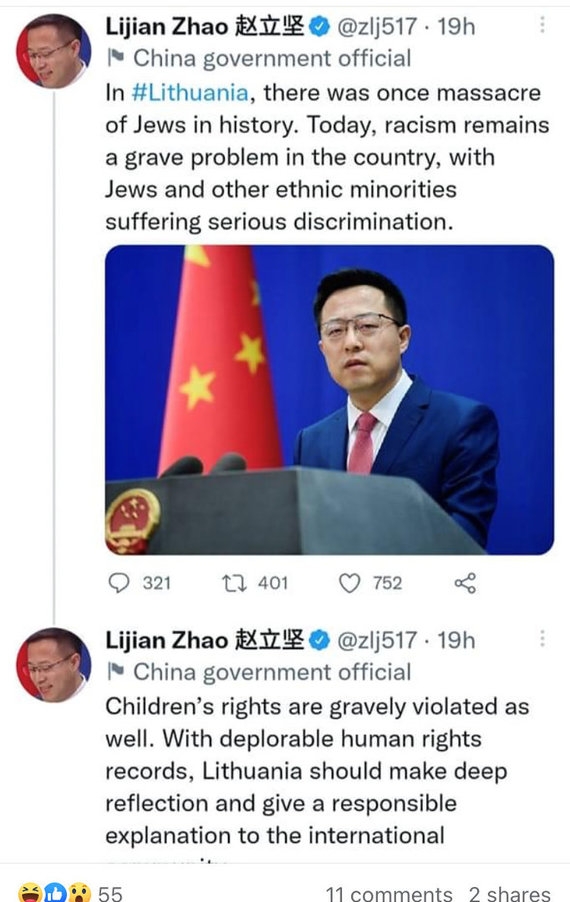