Rescuers of Jews have been commemorated in Šarnelė in the Plungė region. A street has been renamed for the Righteous Gentiles, with only one household of rescuers still remaining on that street, that of poet Vytautas Mačernis. Historians say the residents of this village rescued dozens of Jews from the Holocaust.

The stone monument stands on the edge of the village of Šarnelė in front of a house where Jews hid from the Nazis. Descendants of Juozapas and Adolfina Karpauskas say their grandparents provided safe haven for Jews for three and a half years.

Grandson Aleksandras Karpauskas said: “They rescued 16 Jews, and there was another family of 10, the 2 parents and eight children. So that’s 26 people. And usually on such a large farm there would be about four hired hands, so you can just imagine that there were 30 people around you every day.” 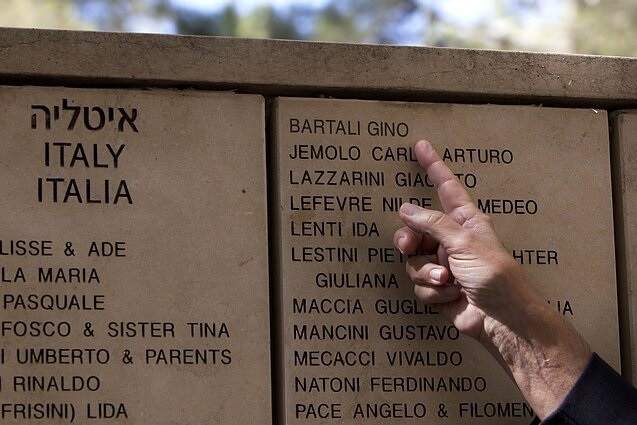