Silvia Foti presented her book “The Nazi’s Granddaughter: How I Discovered My Grandfather Was a War Criminal” at the Tolerance Center of the Vilna Gaon Jewish History Museum October 29.

She spoke about her painful experience confronting and coming to terms with the fact her grandfather Jonas Noreika collaborated with the Nazis in Lithuania and committed Holocaust crimes. She said she regretted he is still revered in Lithuania as a hero and an example to follow.

The book will be published in Lithuanian translation by Kitos Knygos publishing house in 2022 under the title “Vėtra lietaus šalyje” [Storm in the Country of Rain].

Lithuanian Jewish Community chairwoman Faina Kukliansky took part in the discussion as well, saying: “I have no doubt at all that, despite the fact the media are ignoring this discussion, after this event we will hear heavy criticism from people who were not here and did not participate. But as I have said many times, Lithuania’s reputation is being tarnished not by those who speak the truth, but by those who hide it.” She said she understood how hard it was for Foti and how much courage and sincerity she had shown in telling the truth about a close family member. 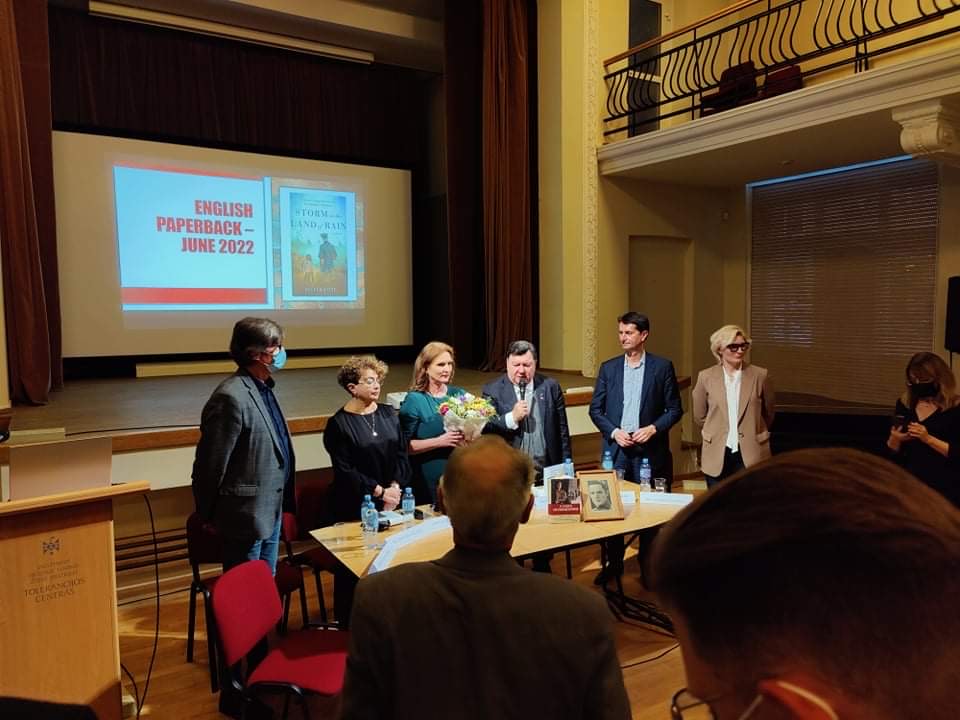