He said the great tragedy of the Jews of Lithuania touched almost every city and town and left a void. He said while it’s not possible to fill that void, it is necessary to insure the lessons of the Holocaust are not forgotten.

“We have to make sure the future generations remember and think about what happened. There is no other way to guarantee the horrific events of the past never happen again. Our pledges today must become specific actions aimed at the young generation and all of society,” he said.

Presenting Lithuania’s pledges for Holocaust remembrance and fighting anti-Semitism, the president stressed the importance of educating society, strong academic research and the preservation of Lithuanian Jewish heritage. The Vilna Gaon Jewish History Museum being expanded for this purpose will help better reveal the rich history of the Jews of Lithuania, he said.

The Lithuanian head of state called for not tolerating anti-Semitism, Holocaust denial and attempts to distort history, and called for expanding public dialogue based on historical facts. The Lithuanian president said international efforts are needed to push back against new expressions of radicalization on the internet. The first EU strategy for fighting anti-Semitism and celebrating Jewish life is one of the initiatives Lithuania wants to join, he said.

Communications group of the Lithuanian president
Photos by Robertas Dačkus 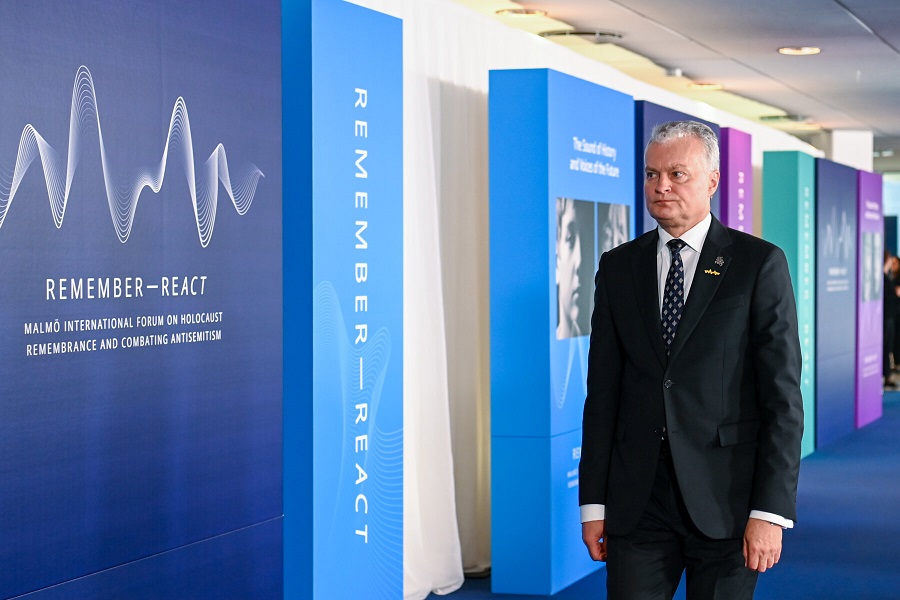 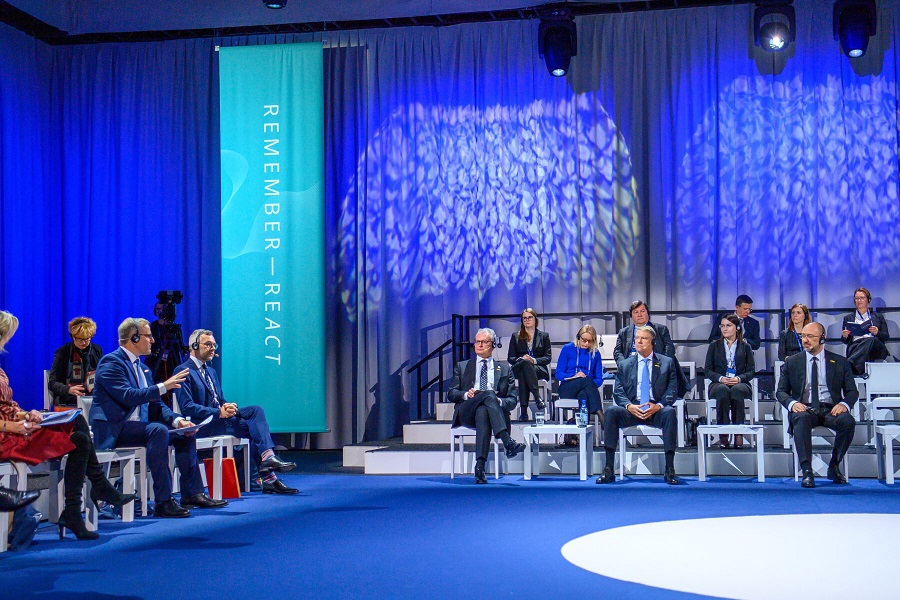