Perhaps not every resident of Tauragė knows that the building which houses the Tauragė district prosecutor’s office was once a Jewish primary school. On Wednesday a ceremony was held to unveil a plaque commemorating the 100th anniversary of the Tarbut school there. The event was part of a series of events in town called “The Shtetl in Tauragė.”

Senior events director of the Cultural Center Algima Juščiuvienė led the event and said the school established in 1921 held classes until 1941.

“The horrific tragedy of the Holocaust silenced the cries of children playing and killed the Jewish spirit of this city. In 1947 a Russian pre-gymnasium was set up in the building. In 1954 it housed the Tauragė music school, in 1988 an evening school, and since 1996 the building has belonged to the prosecutor general. It is the oldest school building in the city. The Jewish school which had four grades then had 250 pupils. All the school’s teachers were licensed and drew their salaries from the Ministry of Education. The school belonged to the Tarbut school network, meaning it was the strongest modern educational organization in Eastern Europe,” Algima Juščiuvienė said. 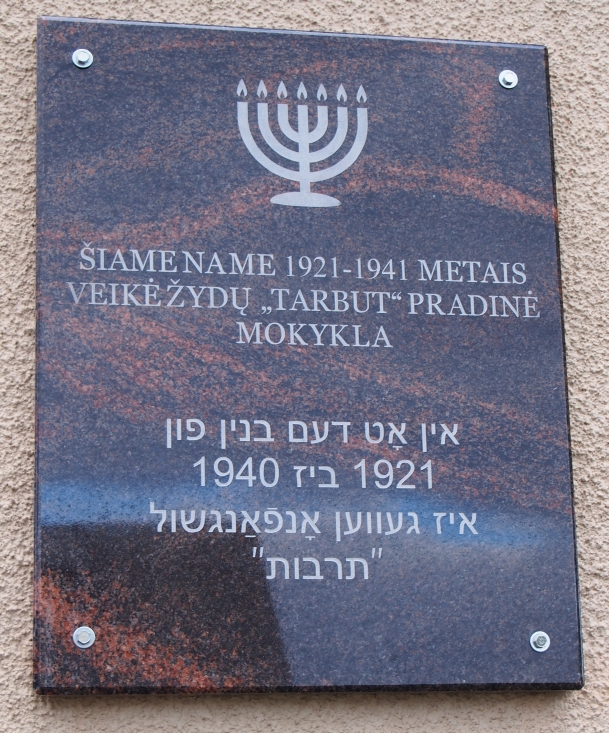