The second “Common Language of the Peoples” festival of ethnic minority amateur song and dance groups has taken place in the city of Švenčionėliai, Lithuania, and the Fayerlakh Jewish song and dance collective directed by Larisa Vyšniauskienė participated.

The Culture Center of the City of Švenčionėliai presented cakes and wreaths of wild flowers to all groups participating in the festival.

The representatives of different ethnic groups from Lithuania presented folk costumes and spoke about the characteristics of their ethnic group and their special foods.

The audience applauded every group heavily and the festival again demonstrated the need for more such ethnic community events.

There were also activities for children, engaging them with a painting workshop, games and pony rides. Folk artists and craftspeople also plied their trades at a traditional crafts fair offering unique items and souvenirs for sale. Organizers say they hope there will be a third annual festival next year. 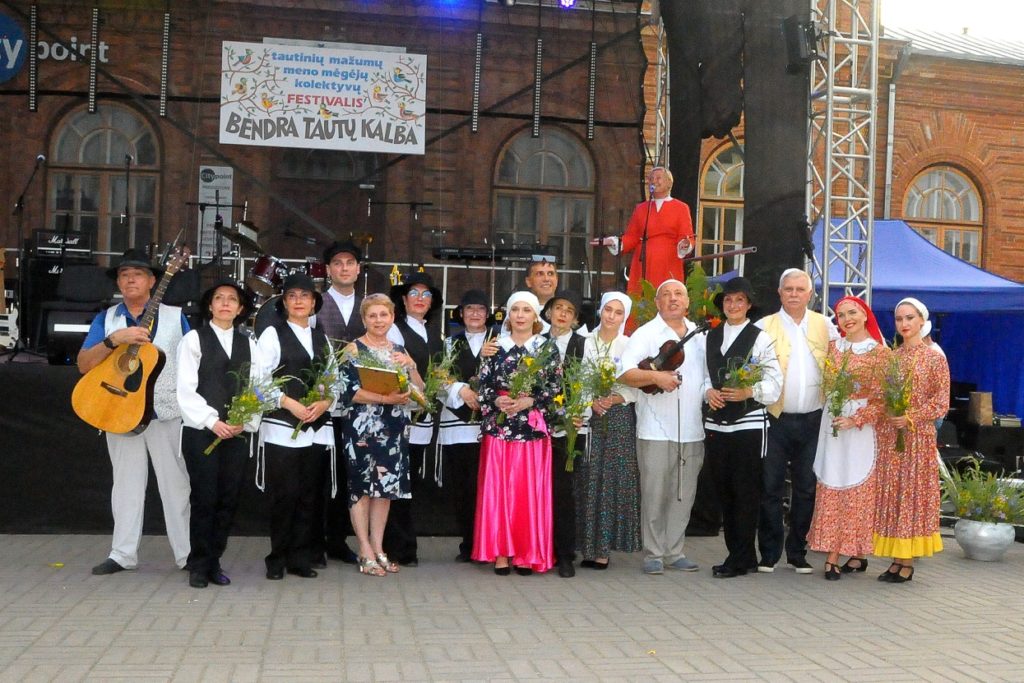 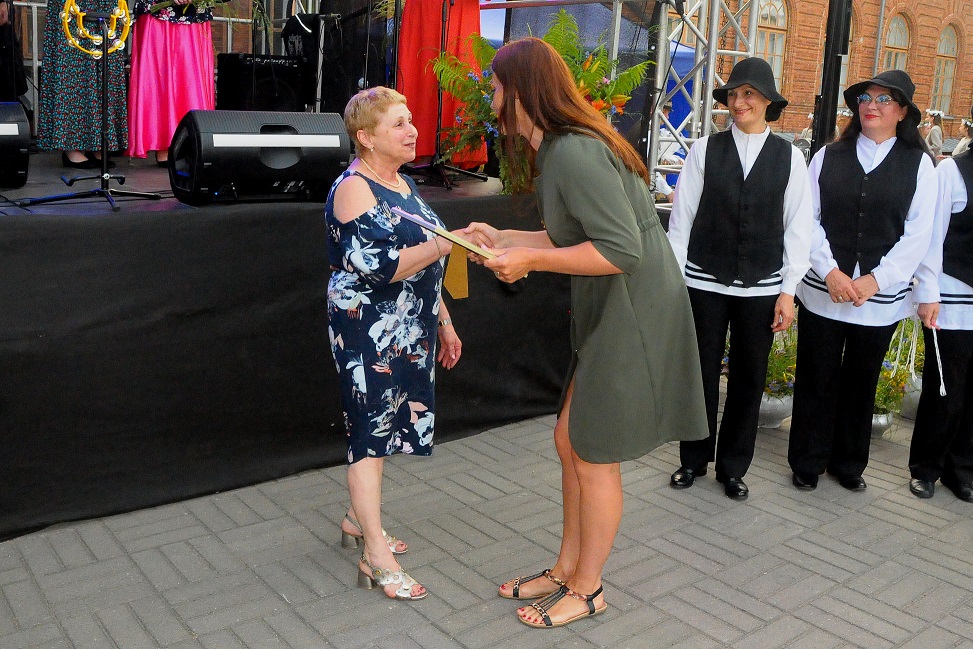