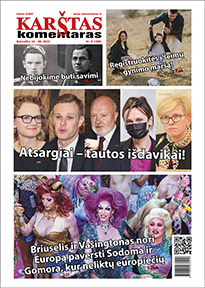 The Lithuanian biweekly newspaper Karštas Komentaras, which describes itself as a sort of insider’s view of Lithuanian politics, published as its main article in the current issue for April 16 to 30 an editorial titled on the cover “Let’s Not Be Afraid to Be Ourselves” by professor Gediminas Merkys, PhD habil. The subheading is “Will We Celebrate and How Will We Celebrate the Anniversary of the June, 1941 Uprising?” The cover image is a combined portrait of Lithuanian Nazi collaborators Jonas Noreika and Kazys Škirpa.

The newspaper singled out the following lines in the article for special attention as a separate text box:

The current colonial Lithuanian administration, it is to be believed, received an informal request from the supreme international master class to insure this important date not be marked officially in any way, i.e., in the name of the Lithuanian state. It was namely the competent patriotic director of the Center for the Study of the Genocide and Resistance of Residents of Lithuania [former director Adas Jakubauskas] and the Center itself which would have posed an obstacle to fulfilling this aforementioned order of political servility. For that reason the leadership of the Center had to be changed quickly and the institution itself immediately reformed.

In the article he claims the June Uprising was unconnected with the Holocaust in Lithuania and says Lithuania is now being pressured from two sides, from the side of the great power of leftist political correctness and from the lesser power of Putinism. He claims Lithuanians have the “right to historical memory” as do the Jews, whom he consistently refers to as “Judaists.” He provides an alternative version of the history of the Holocaust in Lithuania, blaming the Nazis for everything, but then goes on to claim “a handful” of Lithuanians murdered Jews, just as a “handful” of rescuers rescued Jews in Lithuania. “Such is our history,” he says.

He ends with the injunction “Let’s not be afraid to be ourselves” and in lieu of a signature provides his mobile telephone number and email address. 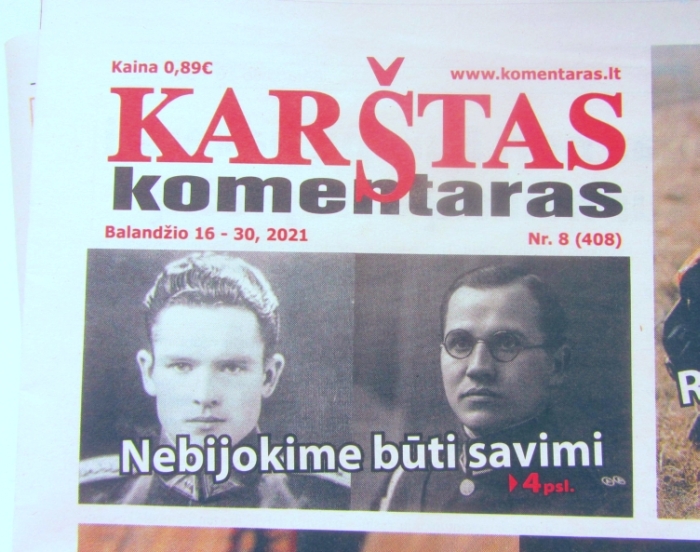