Mykolas Preis died at the age of 104 in Israel March 31. He was twice the Lithuanian champion of the 100-meter dash in the interwar period. He was buried at the Har haMenukhot cemetery in Jerusalem next to his wife Olia. Preis’s family emigrated to Israel in 1973. The Lithuanian Jewish Community remembers Mykolas Preis as an outstanding doctor and athlete. Our deepest condolences to his family.

Preis was the last interwar Lithuanian track champion. He took first place two years in a row, in 1939 and 1940, running the 100-meter dash in 11.5 seconds both times.

Preis was the senior medical doctor at the Sports Medicine Center located on Rožių alley in Vilnius in 1948. His contemporaries spoke of him as a great organizer as well as athlete. According to the Makabi records he came to prominence as a runner in 1938. Preis shared his memories of childhood and adolescence in the book “Lietuvos sporto klubo ,Makabi 1916–2016” [Lithuanian Makabi Athletics Club, 1916-2016] and spoke about his many friends and the influence of his caring and warm teacher Rozalija Sondeckienė when he attended the Šiauliai Boys’ Gymnasium. 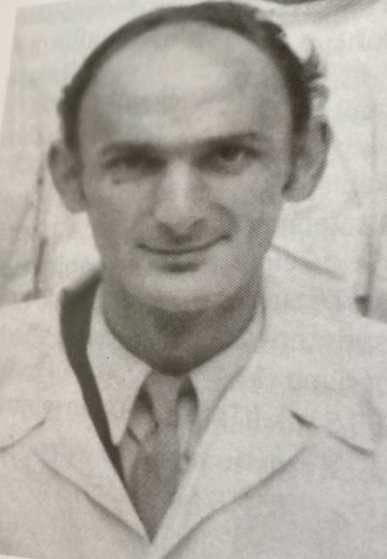