The Lithuanian Jewish Community has been using the Zoom platform to hold virtual Sabbath celebrations with Jewish communities around the world, including lessons on Jewish subjects and meetings with Liberal or Progressive Judaism congregations.

On March 19 the LJC held a joint virtual Sabbath with Rabbis Alexandra Rait and Igor Zinkov at the London Liberal Synagogue.

Rabbi Alexandra’s ancestors came from Plungė, Lithuania. Her great-grandfather N. Levit was also a rabbi. Her grandfather left Lithuania for New York, but ended up in Dublin instead. It seems the ship’s captain lied to the young man about their final destination.

Rabbi Alexandra Rait said her family visited Lithuania several years ago and toured Vilnius, Kaunas and Plungė. She recalled ushering in the Sabbath in an abandoned synagogue in Plungė where her ancestor had led prayer services. “There was no electricity and we read the prayers by candle light. There was loud thunder, and it rained. … We also visited the mass murder site in Plungė. My cousin was working with the Tolerance Center in Plungė.” She recalled how her family financed a commemorative marker at that mass murder site. “We also met the last Jew from that shtetl, the famous woodcarver and sculptor Jakovas Bunka, and his son Eugenijus,” Rabbi Rait said during the virtual Sabbath last week.

Rabbi Igor Zinkov was born in Chelyabinsk to a family of secular Jews with roots in Odessa and Kiev.

He said the London Liberal Synagogue includes 1,200 families and is one of the largest Liberal Judaic communities. A kindergarten/daycare and a religious school operate with the synagogue.

“During the pandemic we have done everything to insure our community members can participate in synagogue services without leaving their homes. This is very important to us,” Rabbi Zinkov said. “There is nothing at our synagogue which cannot be performed by a woman.” He said during ceremonies there, they hear a female voice accompanied by piano. Most of the prayers are in English. “In the modern world there are many branches of Judaism, but we are all performing the same mission: preserving and passing on Judaism,” Rabbi Zinkov said.

“Even though Litvaks in the world today are sometimes known as misnagidim, we are very open to the world and Progressive, Liberal Judaism is of great interest to us. These virtual Sabbath meetings and getting acquainted with the communities around the world help us to survive the pandemic,” she said.

The London Liberal Synagogue was establised in 1911. Liberal Judaism, also known as Reform and Progressive in different parts of the world, appeared in 1820 in Germany.

Liberal Judaism adherents believe G_d’s natural revelation which began on Sinai is still unfolding, and that therefore there is a constant need for development and rethinking. Ethical laws become more important than ritual ones in their belief system.

Liberal Judaism calls for the renewal of religious practices and personal understanding in light of the realities of the modern world. Its adherents believe Jewish tradition constantly shifts with every generation, resulting in new meanings, and sometimes new content as well. 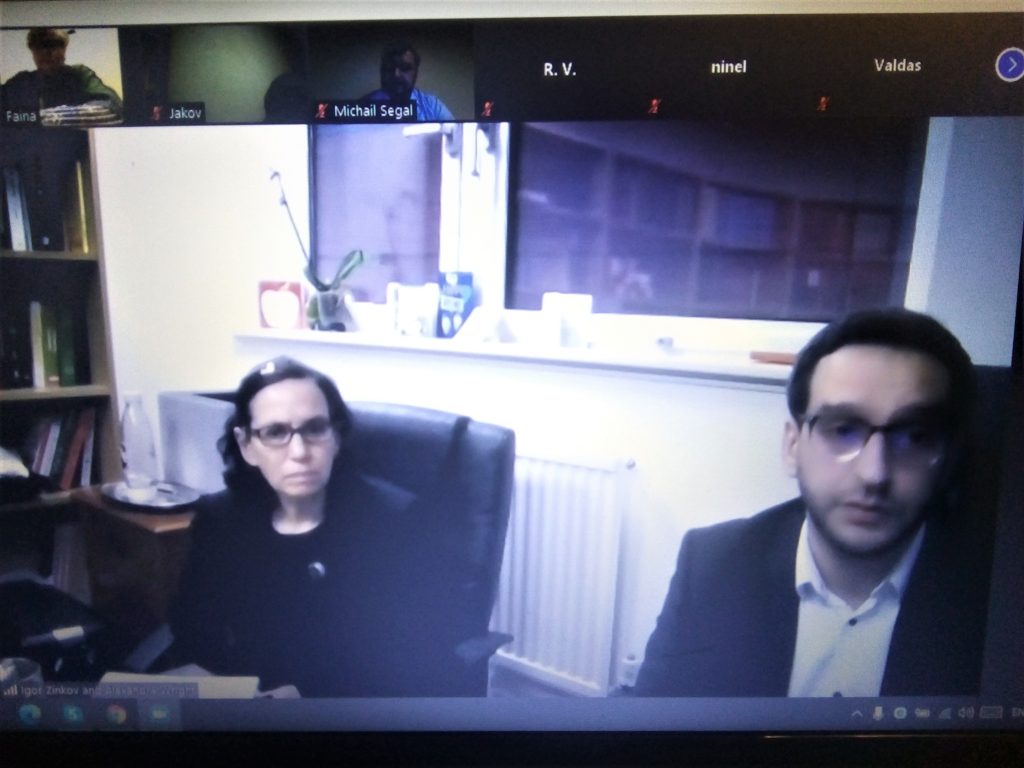