Cape Town Rabbi Greg Alexander greeted the internet celebrants in both cities and presented Lithuanian Jewish Community chairwoman to those in South Africa.

The Sabbath was ushered in with song. The rabbi and Millian Rivlin sang and played guitar, after which prayers were delivered. Despite the distance between the two cities, communication was almost instantaneous, and it felt as if everyone were in the same room at home.

The vast majority of Jews living in South Africa were and are Litvaks. That affinity was clear during the internet Sabbath.

Originally from Johannesburg, Rabbi Alexander was raised in a Progressive Judaism environment. He was graduated from University of Cape Town and Netzer Olami. Netzer Olami is the worldwide youth movement of the World Union for Progressive Judaism (WUPJ) and is affiliated to Arzenu (the Zionist arm of the WUPJ). He completed his rabbinical training at the Leo Baeck College in London. He currently serves as one of the rabbis at the Temple Israel Synagogue of the Temple Israel Cape Town Progressive Jewish Community, where he focuses on development work including education, structures, fundraising and membership. He is married to Andi and has three children, Immanuel, Yonatan and Yasmin.

After the prayer all participants listened to news about upcoming events.

The South African Jewish Museum in Cape Town gives pride of place to Litvaks and Lithuania in its presentations. Incidentally, there is a Café Riteve located right next to it; Riteve is Yiddish and means the same place Lithuanians now know as Rietavas. 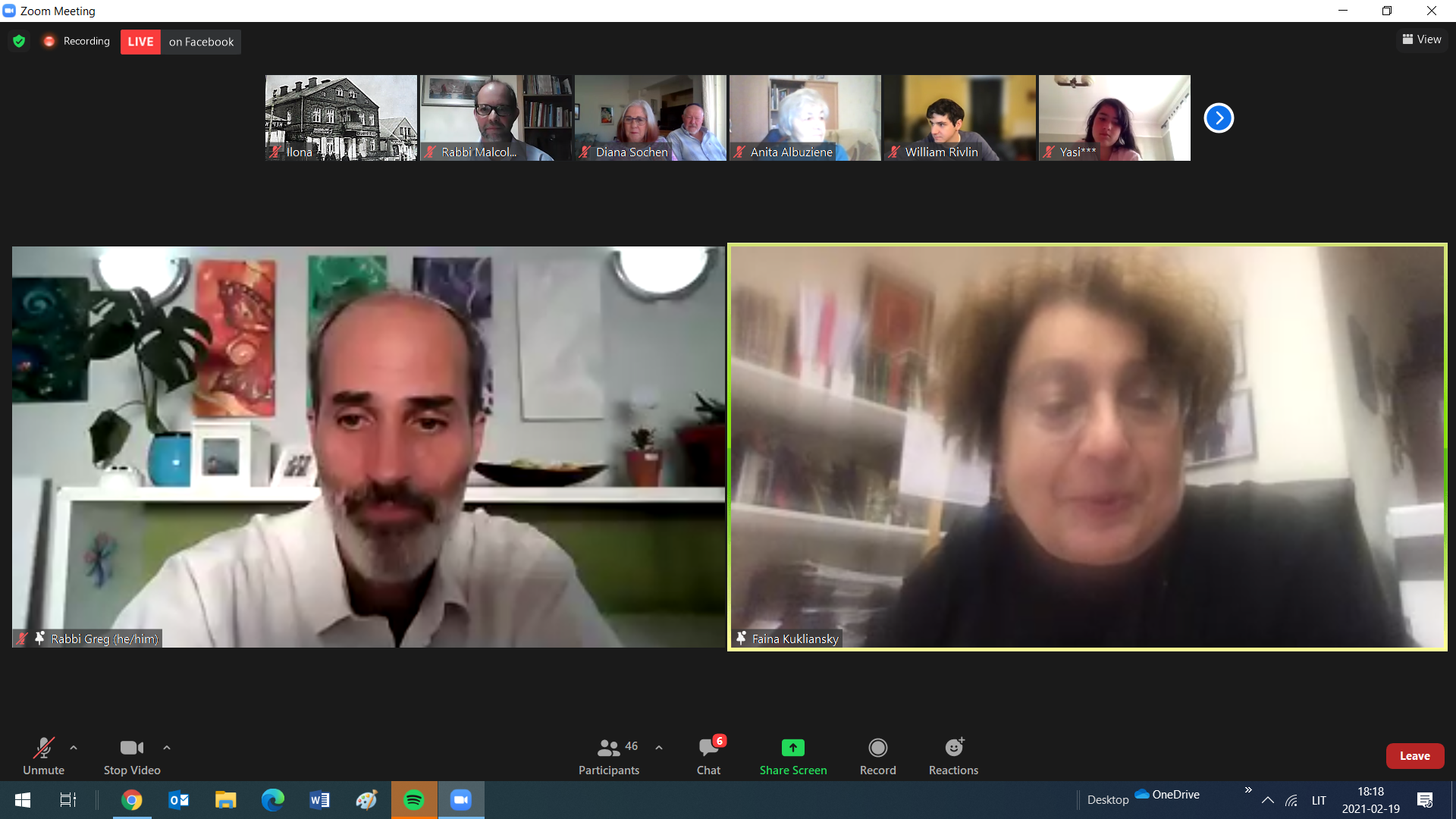 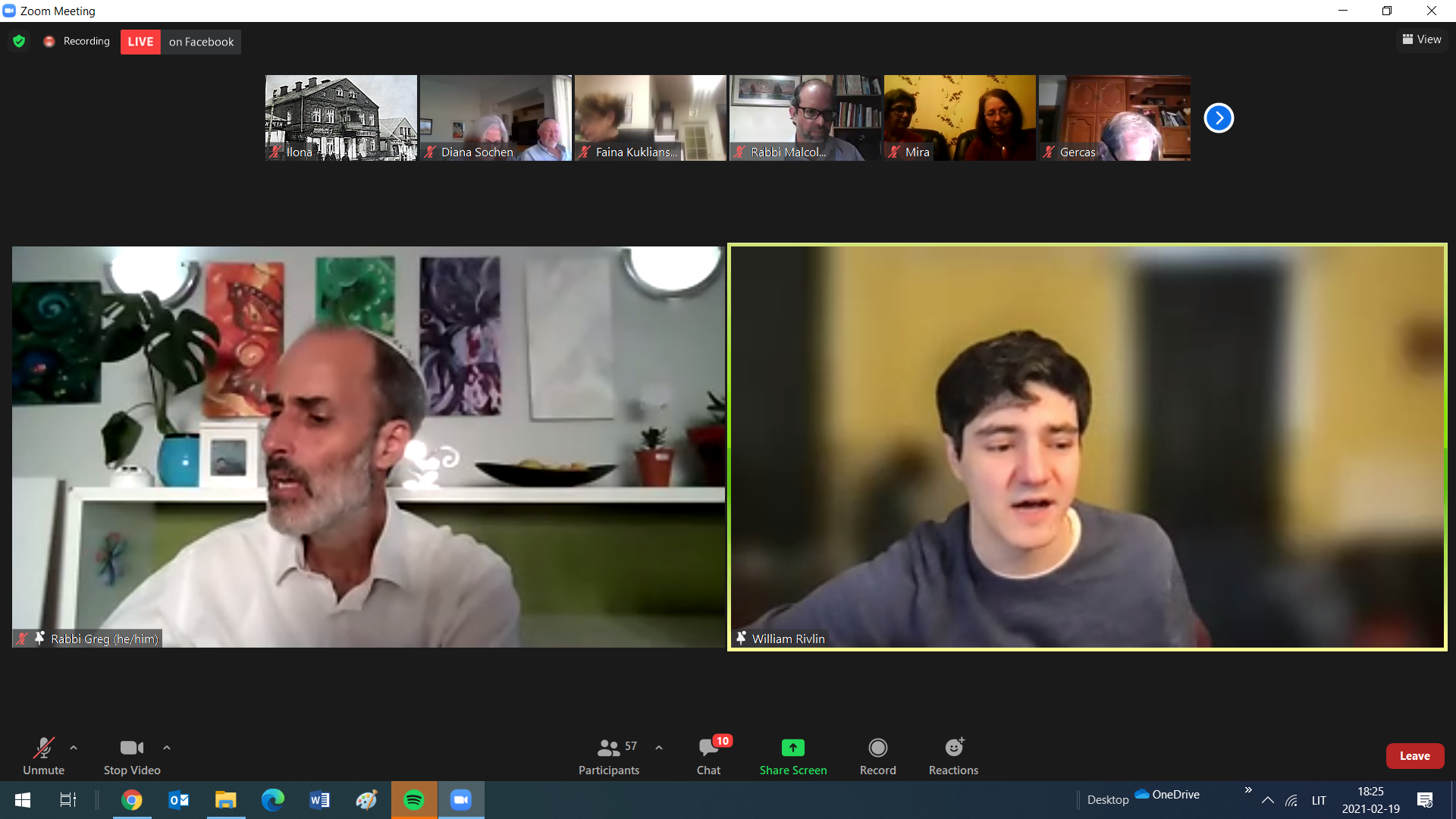 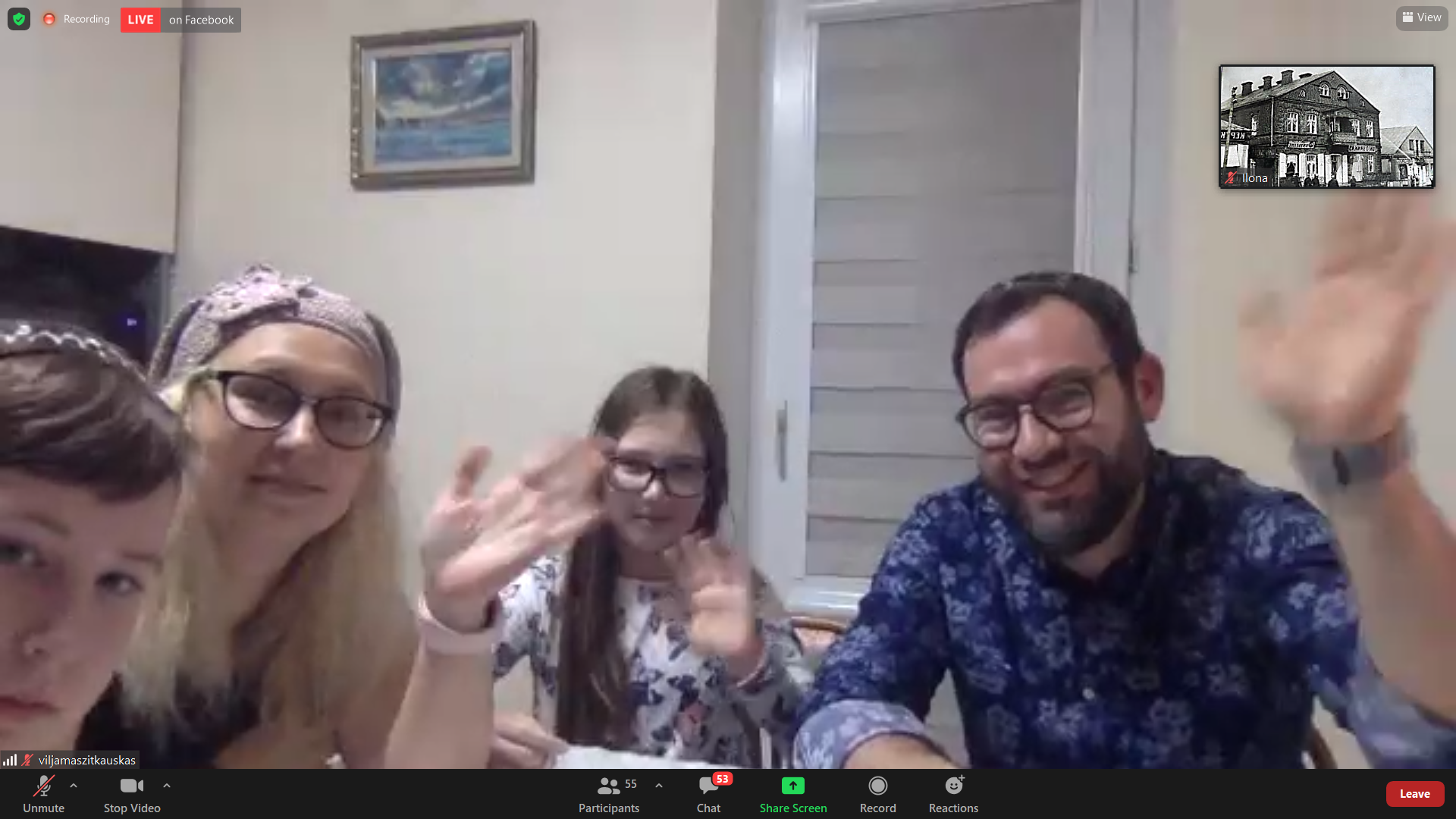 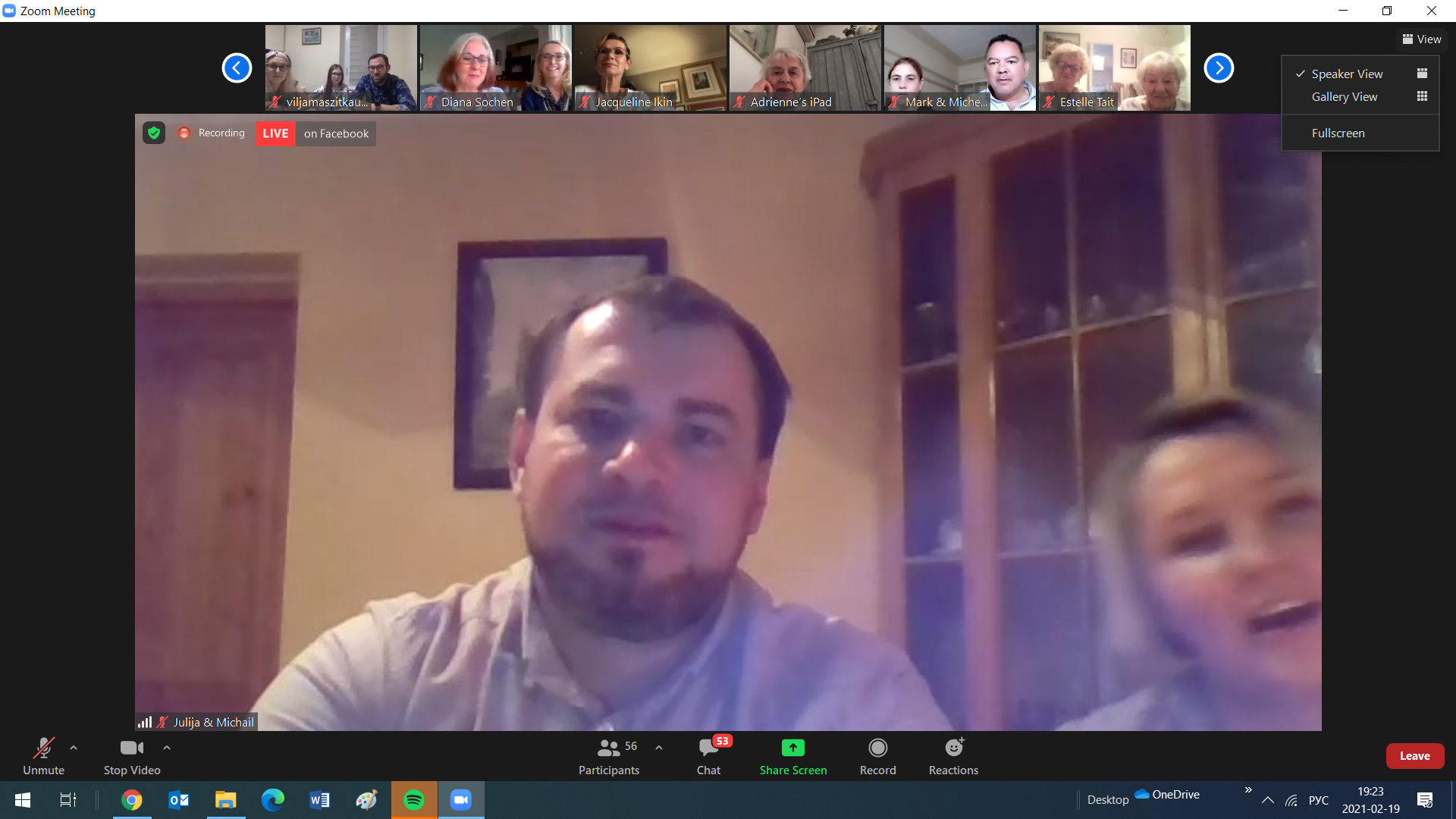 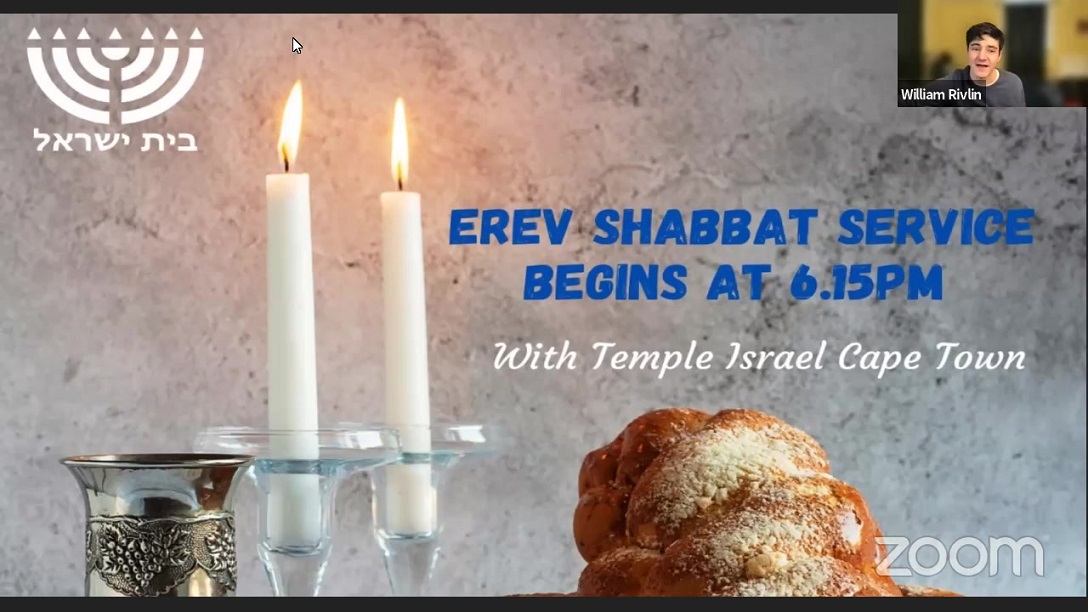 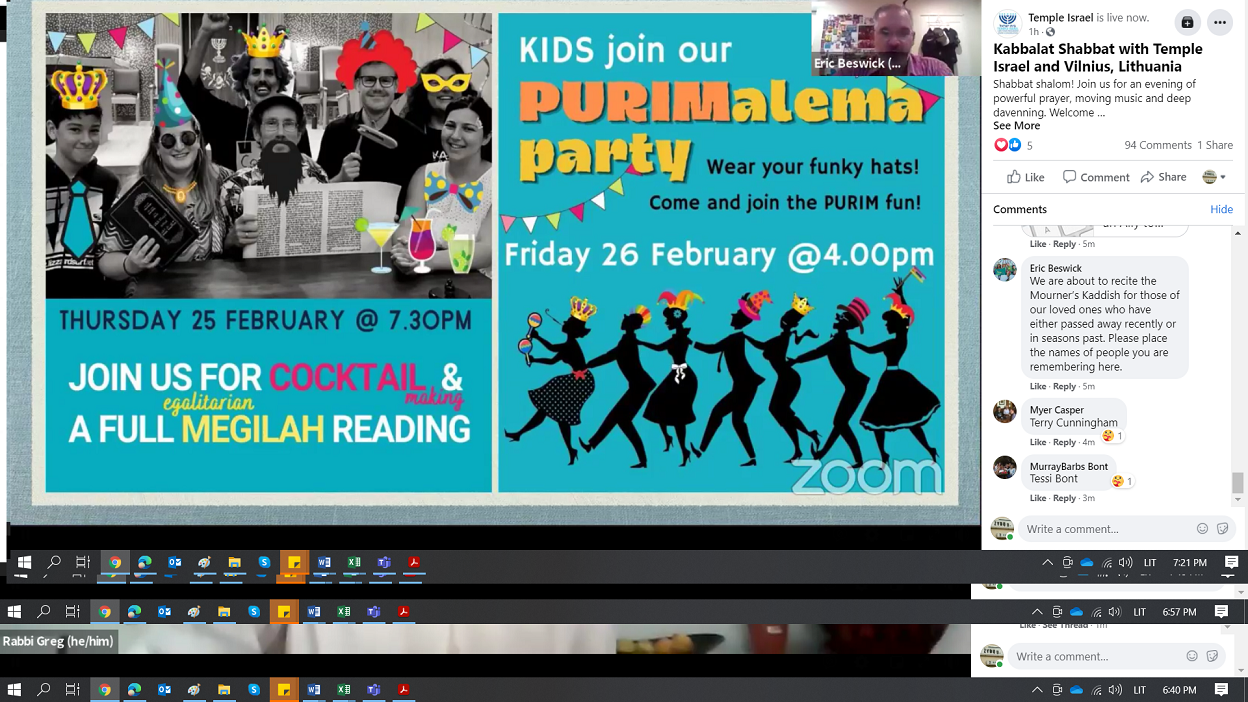