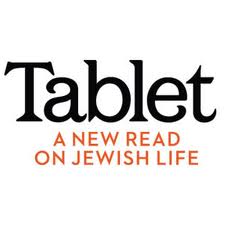 After a long absence, the Jewish staple has returned to the Lithuanian capital

Most food historians place the origin of the bagel somewhere vaguely in the Jewish alleys of the Polish-Lithuanian Commonwealth. In those days in Lithuania’s capital, Vilnius–also known as Vilna, the city once dubbed the “Jerusalem of the North”–bagels were ubiquitous, sold on the streets, and in the bakeries and markets. In modern times, however, the bagel had all but been erased from popular memory. Until now.

For centuries, the city’s Old Town was home to a thriving community of Litvaks, as local Jews referred to themselves. The district was lauded for its cultured elite and a Great Synagogue that attracted scholars from all over Europe. All that changed with the Holocaust, during which 95% of Lithuanian Jews were deported and murdered. Now, all that remains in the Old Town are monuments to what once was: street signs in Yiddish, inscriptions educating about the ghetto, a bust of the famed intellectual Vilna Gaon.

As the Jews disappeared from Vilnius, so did popular knowledge of the bagel. For over 70 years, this once-loved snack was nothing but a vague memory in fading recollections of the elderly. As one local recalled of his childhood in Telšiai, as reported by the Jewish Community of Lithuania: “There will never again be the kind of bagels I ate every day in my childhood. I remember the hot bagels. That smell, the deliciousness, the crunchiness, and when I used to spread butter on it, it’s indescribable.”

So it was quite a surprise when, seemingly from nowhere, bagels started to come back to Vilnius’s Old Town—in a big way.