Archaeologists working in Kranto street in Pakruojis, Lithuania, found the foundations of the Winter Synagogue and also uncovered cultural strata from the 17th and 18th centuries of the Old Town there. They were unable to locate a shtibl believed to be located at the Tailors’ Synagogue there. Team leader Dr. Ernestas Vasiliauskas said there is still no comprehensive historical or archaeological studies of the Winter and Tailors’ Synagogues.

Shtetl by the River

Archaeological digs took place at Kranto street no. 8 in Pakruojis in later August and early September. The public entity Archeologijos Centras performed the work by order of the Pakruojis regional administration.

The regional administration is preparing a project for putting the banks of the Kruoja River and the city park in order and the Lithuanian Jewish Community is offering observations for the identification and investigation of Jewish heritage buildings there.

“Almost nothing is known about the sites being sought, except for material from 1938 in an expedition by Chaim Lemchen and the Aušra Museum of Šiauliai, and the research by synagogue researcher Marija Rupeikienė, but this is comprised of just a few sentences. Everyone writes about the Summer Synagogue,” Dr. Vasiliauskas commented. 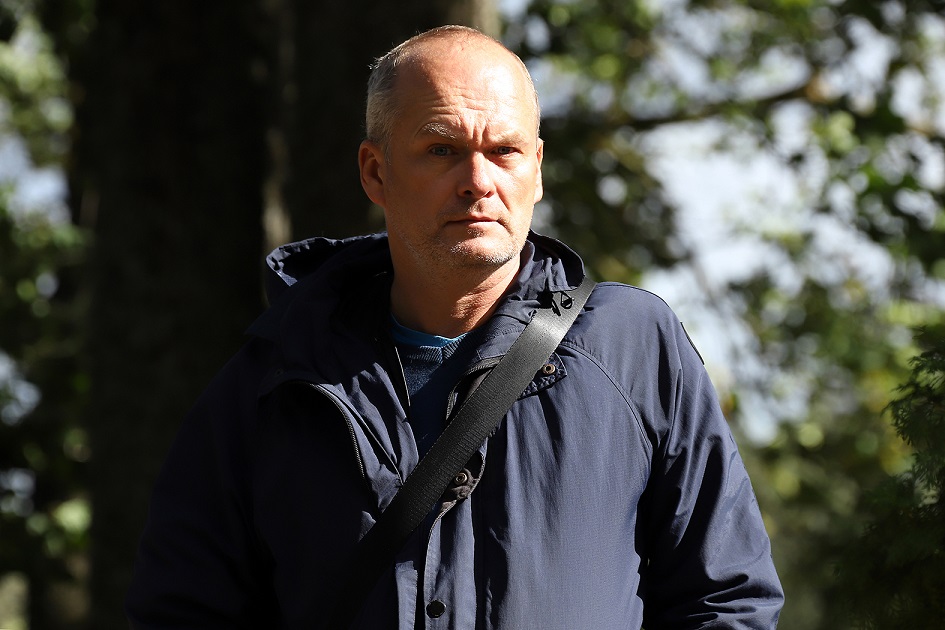 This Year’s Research in Pakruojis

Dr. Vasiliauskas looked for information on the Jewish communities of the Šiauliai and Panevėžys districts in 1848 at the Kaunas Regional State Archive

Back then there were 320 Jewish homes in Žagarė (which belonged to the Šiauliai district then), 189 in Šiauliai, 80 in Joniškis and zero in Vaiguva and Kurtuvėnai.

Pakruojis, part of the Panevėžys district, had 33 Jewish homes, Linkuva had 22, the city of Panevėžys had 172 and Žeimelis had zero.

The Jewish community dominated Pakruojis in the 18th century: in 1790 the number of Jewish farms was more than twice that of Christian farms. According to the 1897 census Jews outnumbered others in Pakruojis by more than two to one, at 1,094 people. After World War I the situation changed and 1923 there were only 545 Jews living in Pakruojis.

Pakruojis between the Two World Wars 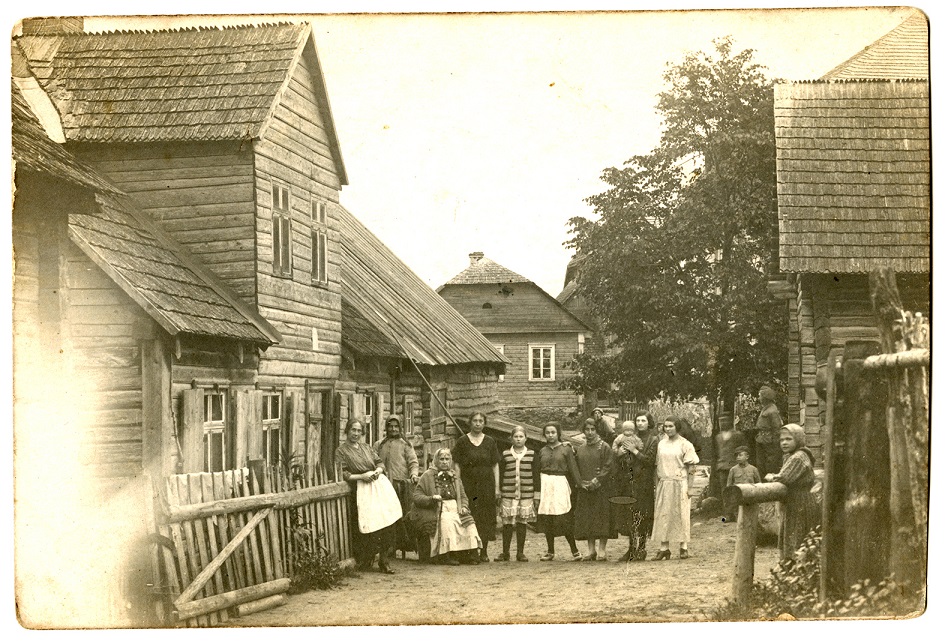 Lead archaeologist Dr. Ernestas Vasiliauskas showed maps including a detailed map of the city of Pakruojis from 1935 and German aviation mapping photographs made on August 27, 1944.

The city map shows the Winter and Summer Synagogues and the shtibl which then stood at the corner of Vydūno and Gedimino streets. [A shtibl is a Hassidic synagogue.]

Looking at the aerial photographs, Dr. Vasiliauskas said he was surprised Pakruojis still hasn’t been declared a protected urban monument, because the current city retains its old form, a main axis with houses and a narrowing street (where there is a stoplight now).

“The city is clearly built according to the German model, it belonged to German estate owners. We find these kinds of towns in Curonia and Prussia, they aren’t large, there is a main axis, a street or a square, around which there are dense buildings, and then nothing more of the city, just fields,” Dr. Vasiliauskas said.

Very dense construction is visible in Pakruojis in 1944 around the Kruoja River, right on its banks.

“My explanation is this: as the population increases–the city belonged to the manor estate until 1861–more space was needed, and the shtetl was established along the river,” the archaeologist said.

A photograph conserved in the Algimantas Miškinis collection of the Lithuanian National Museum of Pakruojis at the beginning of the 20th century shows two dominating buildings: the Catholic church and the synagogue complex. The Summer and Winter Synagogues along with the shtible are arranged in a U shape around a courtyard.

Dr. Vasiliauskas discovered a photograph of Pakruojis in the Daunorava Latvian collection which shows the shtible and very dense buildings. The tiny street is still there but the buildings are now gone.

Dr. Vasiliauskas said there are no points of reference left, just a gravel road, a meadow and bushes.

Date of Construction a Mystery

Geodesic studies were conducted at the request of the Pakruojis regional administration before archaeological investigations began. The sites of building foundations they were looking for were not found. They did find two anomalies: what is believed to be a sewer line where the shtibl was located, and the remains of a fireplace or basement in place of the Winter Synagogue.

“The best teacher in this story is a shovel,” Dr. Vasiliauskas joked.

Nine trenches were dug during the archaeological research.

The first trench was dug based on cartographic material and was supposed to be located along the northwest wall of the Summer Synagogue. Separate stones from the former synagogue foundation were already present on the surface there. During the dig the archaeologists discovered more than individual stones, they also found stones mortared together.

The foundations were most disturbed when the Kruoja River bank was reinforced and a basement was built there, used as a storehouse for the regional union of co-operatives during the Soviet era. The date when concrete was added to the surface hasn’t been determined so far.

Dr. Vasiliauskas said the Summer Synagogue was photographed frequently but there are almost no photos of the Winter Synagogue. The interior was described during Chaim Lemchen’s expedition of 1938, and Pakruojis Jewish motifs appear prominently in the graphic drawings of Gedardas Bagdonavičius.

According to the little material available, the Winter Synagogue had a monumental form with a square floor plan, on plastered brick-and-mortar plinths, with walls of reworked logs.

The style was characteristic of the Classical period, much like the nearby manor home of the masters of the Lašmenpamūšis manor estate. 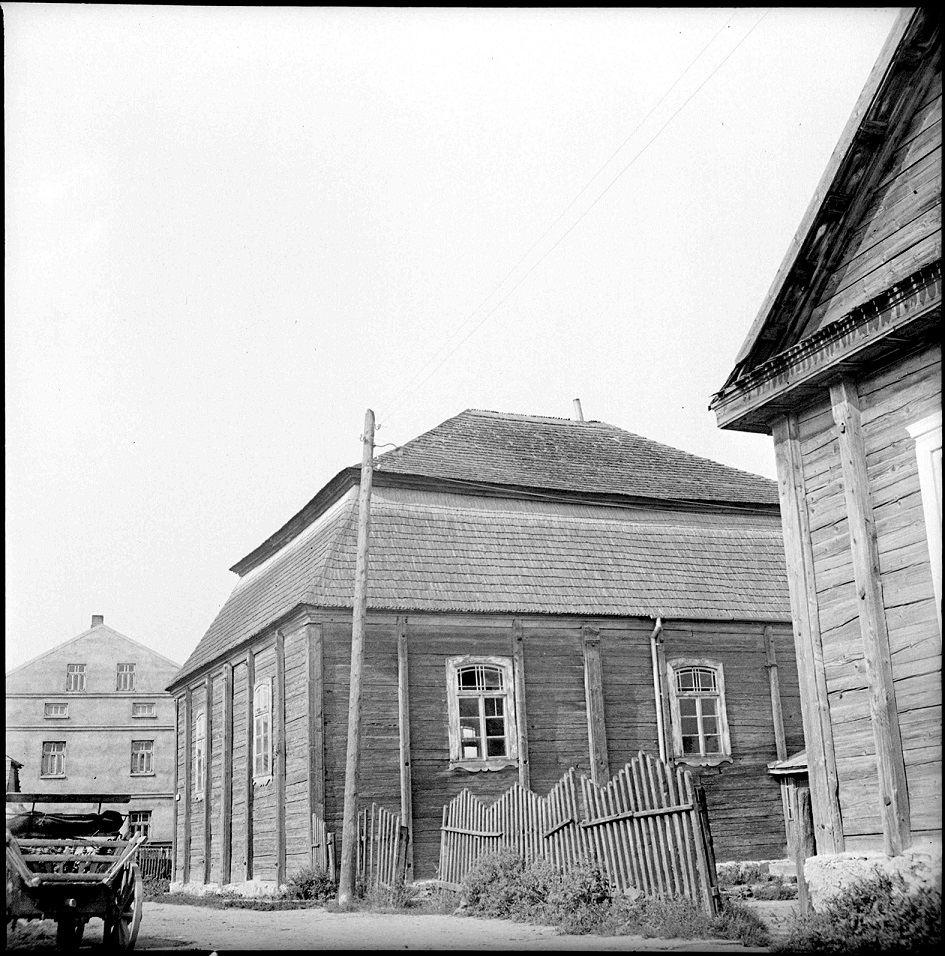 Photo: corner of Winter Synagogue visible in right corner. The style was characteristic of the Classical period, much like the nearby manor home of the masters of the Lašmenpamūšis manor estate, were the cornice is decorated with flat boards imitating modillons. Photo courtesy of Aušra Museum of Šiauliai.

Construction materials from the period under investigation were not discovered, except for a few railroad spikes.

He said one possibility is that 1801 is not the date of construction, but of re-construction. Another possibility: perhaps the builder was very conservative, and wanted to copy the [Great S]ynagogue in Vilnius in the Baroque style.

“Each source brings new information which needs to be discussed,” he said.

Dr. Vasiliauskas thought the answer of the date of construction could be found in inventory documents from the Pakruojis manor estate.

“Since ownership was direct, there should have been permissions granted, if they still survive. Perhaps a plot of land and funding allocated, and maybe some surname will turn up. The manor estate was German and they really liked to document.”

According to information from local inhabitants, the Winter Synagogue was razed after the war in the period from 1945 to 1950.

They failed to identify the site of the former Tailors’ Synagogue. Using the map from 1935, they guessed it had a foundation measuring 8 meters by 13 meters. The shtibl stood on the river bank with brick-and-mortar plinths and a square floor plan. The wooden building looked more like a residential home than a religious building.

“It might be we were measuring using an inaccurate map, didn’t hit the target and that we need to consider a larger area. Or the building might have been destroyed including all its foundations,” Dr. Vasiliauskas mused.

Beneath the topsoil the archaeologists unearthed disturbed earth with disparate stones and stones mortared together, the ruins of a building which were properly deposited in the 1960s to 1970s as buildings on the banks of the Kruoja River were torn down.

It’s very likely the remains of the sthibl were wiped away forever around this time.

While searching for the synagogues, archaeologists uncovered a cultural layer from 32 to 65 centimeters thick, dated to the 17th and 18th centuries, a fragment of the Pakruojis Old Town.

“An Easter egg for the archaeologists,” Dr. Vasiliauskas said with a smile. “Here’s another point where Pakruojis began to develop, the core. The city hasn’t been investigated archaeologically, only the manor estate.”

Among the finds were ceramics, pots, tile fragments, a coin from the 17th century and charred materials testifying to a great fire. The synagogues were built after that fire.

Dr. Ernestas Vasiliauskas presented the results of the digs at the Pakruojis synagogue where Lithuanian Jewish Community chairwoman also participated.

“It is the desire of the Jewish community to commemorate the synagogue site,” Dr. Vasiliauskas said.

Dr. Vasiliauskas proposed the site they investigated around Kranto street no. 8 be included in Lithuania’s registry of cultural treasures, listing the Pakruojis Old Town cultural layer and the foundations and floor of the Winter Synagogue as prominent features.

Dr. Vasiliauskas also calls on readers to reveal more information, saying there might be photographs in family albums which show the synagogues of Pakruojis or other information, and that all information is very important. [lzb.lt readers can contact us at info@lzb.lt]