On Sunday, September 13, foreign ambassadors, Lithuanian Jews and local residents gathered in Žagarė in northeast Lithuania to remember the once-thriving Jewish community who were murdered in the Holocaust.

Israeli ambassador Yossi Avni-Levy, German ambassador Matthias Sonn, Lithuanian Jewish Community chairwoman Faina Kukliansky and Sania Kerbelis of Šiauliai, among others, gathered at the small Dmitrijus Naryškinas park in the center of the rural Lithuanian town. Kerbelis’s grandmother, cousins and other relatives were shot in this park in 1941. They were killed in a mass murder operation where German, Lithuanian and Latvian police mowed down starving Jewish men, women and children with machine guns.

One 15-year-old Jewish girl survived the massacre on the town square, taken and hidden by a Lithuanian family. That girl’s granddaughter is Kornelija Tiesnesytė, Lithuanian deputy minister of education, who was at the ceremony Sunday.

The Žagarė ghetto instituted in 1941 held Jews from that town and surrounding towns including Linkuva, Pašvitinys and Žeimelis. It is believed around 3,000 Jews were murdered in the town park and another 500 in the Vilkiaušis forest. The Jäger report claims 2,236 Jews were arrested in Žagarė, including 633 men, 1,107 women and 496 children. It records an uprising was put down by executing 150 Jews summarily. The park contains a monument to victims of genocide at the present time.

Unlike many locations in Lithuania, local residents including young people in Žagarė know what happened during the Holocaust there. A number of Jewish heritage sites and individual homes bear plaques and inscriptions placed there by the local population recalling the former Jewish population there, especially in the former commercial district surrounding Market Square. 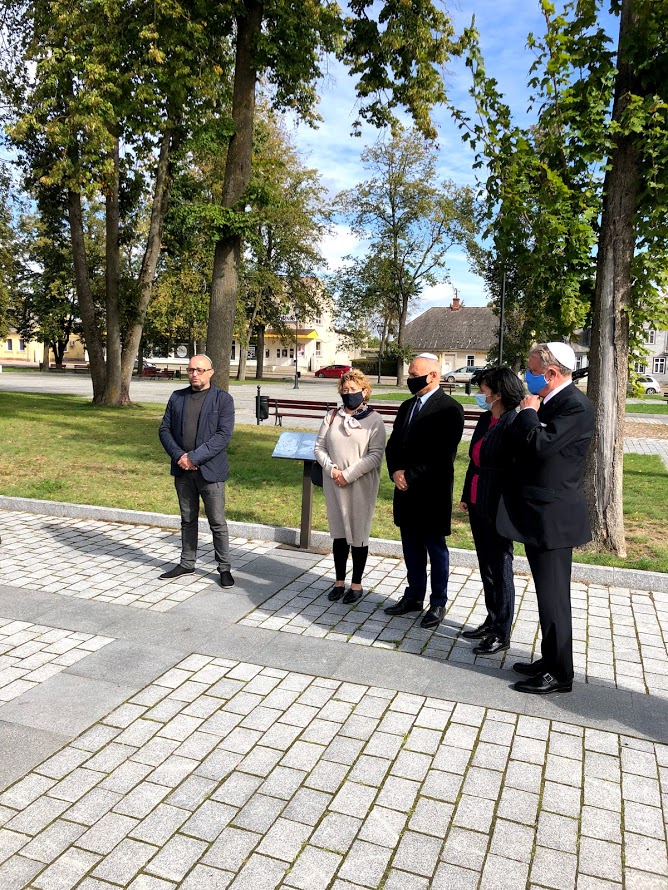 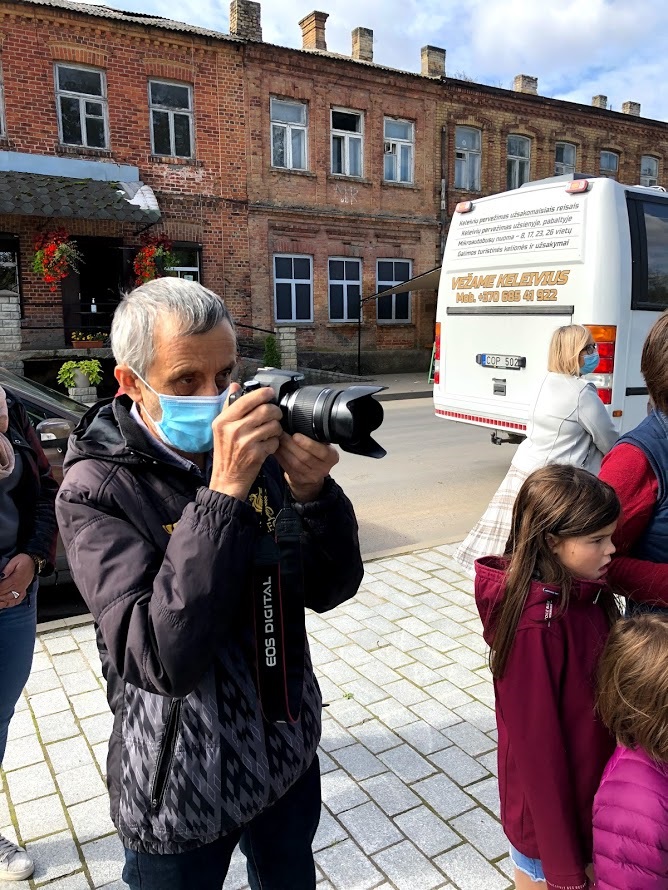