The Kaunas Jewish Community ushered out the waning summer and greeted the fall by remembering those who have gone before and the tragic loss of life in the Holocaust. In the last week of August Community members visited Prienai and remembered the victims there and in surrounding areas. The Kaunas Jewish Community would like to thank Prienai District Administration staff, representatives of the Balbieriškis (Balbirishok) Tolerance Center and students for caring that the Holocaust tragedy is their tragedy, too, with all its agony and loss, and for coming together without being told to hold a commemoration of those who once lived in the area as neighbors and perhaps even as friends of their parents, grandparents and great-grandparents.

As the summer days fade into fall and under a dreary and drizzling sky Community members also visited and remember the victims of the mass murder of the Jews of Petrašiūnai and the victims from the Kaunas ghetto of the intellectuals’ aktion also murdered there. The Kaunas Jewish Community would like to thank violinist Jonė Barbora Laukaitytė for braving the weather and performing her melody to which resonated so clearly with out own heartstrings.

The end of summer also saw the premiere of Aleksandras Rubinovas’s one-man-play “My Father” which was supposed to happen back on March 13, and the Kaunas Picture Gallery is still featuring a show of Samuel Bak’s paintings until September 13.

The play and the pictures witnesses to the memory of the tragedy of the Holocaust, to the incomprehensible human suffering, but also testify to an almost incomprehensible level of human strength, courage, self-sacrifice and the ability to go on with life, to seek, to create, to make sense of the world and to still be a human being in an inhumane world. 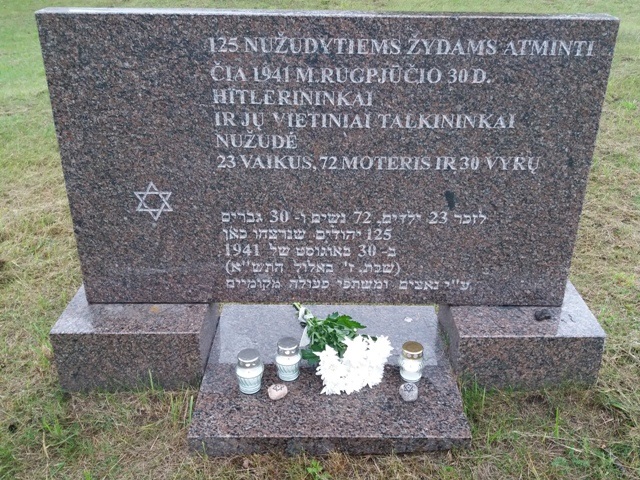 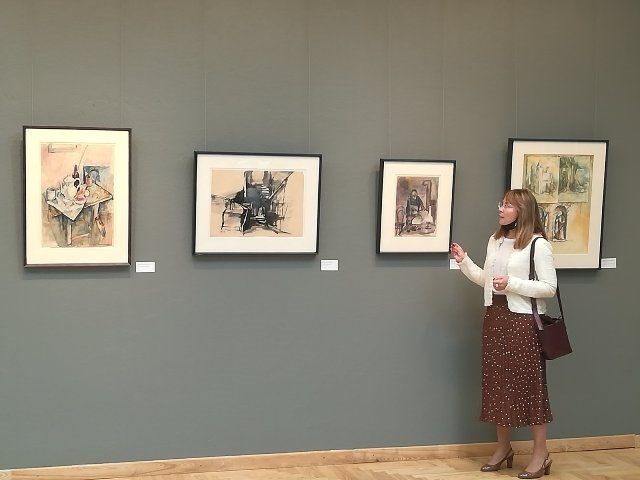