On August 23 the largest event so far this year took place in Simnas, Lithuania: the Simnas church celebrated its 500th anniversary and the town of Simnas celebrated its recognition as the Tiny Capital of Lithuanian Culture for 2020.

Lithuanian Jewish Community chairwoman Faina Kukliansky and Catholic cardinal Sigitas Tamkevičiusattended events there, which included a book launch, consecration of a new cross at the church, Catholic Mass, a performance by opera singer Rasa Juzukonytė and a performance by the Lithuanian Ground Forces orchestra. A procession left the church for the town square where the formal opening ceremony of the event took place only then. There followed vocal and instrumental concerts and a fair featuring religious items, folk art and crafts.

A synagogue in Simnas has been restored and renovated. It was built in 1905. There was a school on the second floor and the prayer hall was arranged so worshipers prayed facing in the direction of Jerusalem. A Soviet palace of culture operated there after World War II, followed by an athletics hall. Consideration is on-going on how to utilize the synagogue space.

A plaque hangs on the outer wall of the synagogue testifying to the local Jewish community who once called Simnas home. The plaque was set up by Ilya Goldovt of Boston whose relatives living in Simnas were murdered in 1941. Last year when he was visiting the town, Goldovt said the synagogue once “held an entire world,” mentioning fire fighters, craftsmen, pharmacists and the school. “This world disappeared in 1941,” he said.

Chairwoman Kukliansky said in commemorating the Simnas synagogue building, we were making a pledge to do everything we can to insure the pages of the history of the Jews of Simnas do not pass into oblivion.

About 414 Jews resident in Simnas were murdered in the Kalesninkai forest during the Holocaust. 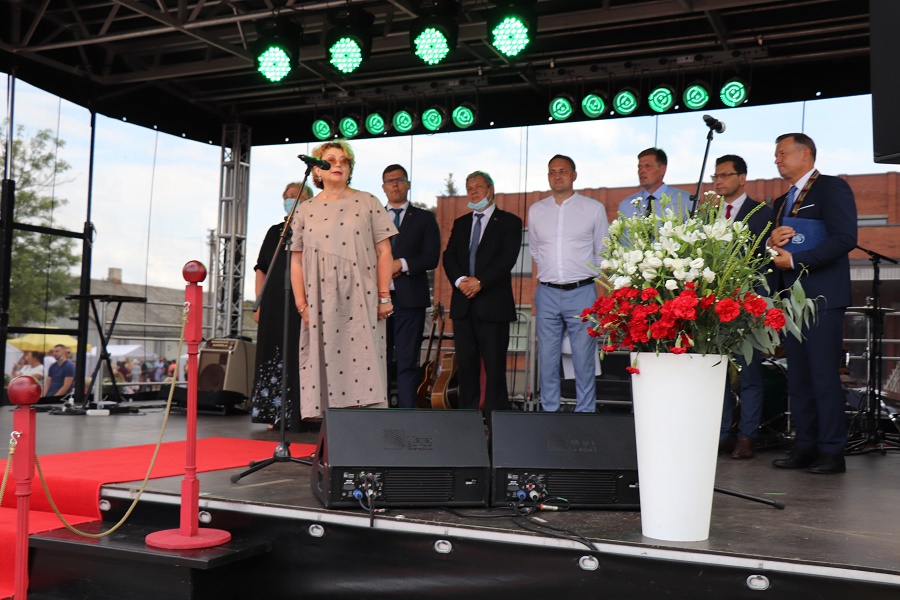 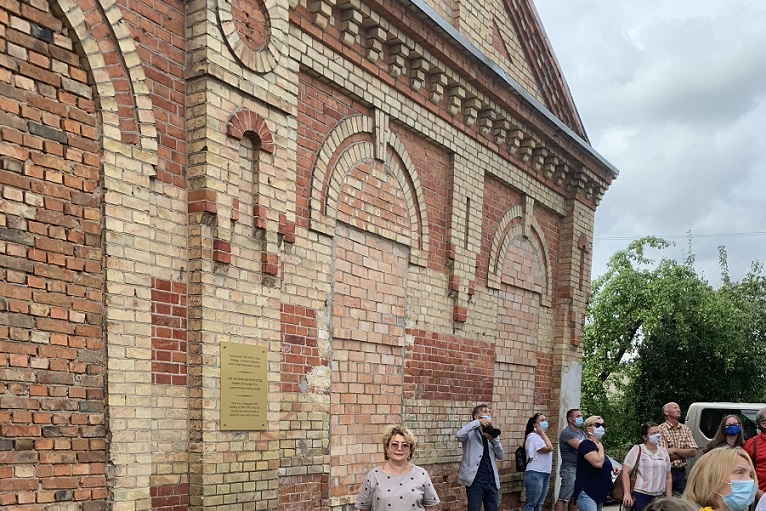