Lithuanian writer Rūta Vanagaitė and German historian Christoph Dieckmann presented their new book called “How Did It Happen?” at a launch ceremony held at the Choral Synagogue in Vilnius on June 25.

Dieckmann delivered what amounted to a lecture on the topic of the Holocaust in Lithuania lasting about one hour, and proposed rejecting some accepted Holocaust terminology as judicial rather than historical. He said looking through the lens of ethnicity creates a false picture, even though the actors at the time did so. He also said the idea of perpetrators, victims, collaborationists and so on should be revisited and the true picture is more complex, with people collaborating with the Nazis at one point and the same people resisting them at another. He said the grey cover of the Lithuanian-language edition of the book reflects this ambiguity.

Lithuanian Jewish Community chairwoman Faina Kukliansky served as moderator and challenged Dr. Dieckmann’s seeming rejection of the legal aspects in favor of the historical truth. Dieckmann responded saying so much of the narrative is dominated by legal defense and prosecutorial arguments that it’s difficult to see what really happened.

Holocaust survivor Irena Veisaitė spoke about her memories and experience, and admitted she still couldn’t make sense of it all. She said Europe is still not Christian, there is only the façade of Christianity and Europeans still don’t practice the religion of love, forgiveness and understanding.

Lithuanian writer Tomas Venclova dismantled the argument Lithuanian perpetrators were somehow innocent because they had sacrificed themselves for their country, saying the Nazis in Germany had done the same but were nonetheless and justly so unvenerated. He wondered what difference it would have made if Lithuanian were ruled by Lithuanian Nazis such as Kazys Škirpa or German Nazis. Apparently responding to the disagreement between Kuklianksy and Dieckmann on the utility of judicial arguments in the process of discovering the truth, Venclova said he had heard arguments from all sides and that some of the narratives were honest and some were dishonest. He said he wanted an honest account of events by people unafraid to admit wrongdoing on their side, and that that hadn’t happened in Lithuania, and might not for another 30 or 60 years. Venclova said Vanagaitė’s book “Mūsiškiai,” coauthored with Dr. Efraim Zuroff, the director of the Simon Wiesenthal Center in Israel, was an important milestone on Lithuania’s road to the honest truth.

Rūta Vanagaitė briefly spoke about how the book, a series of questions she posed to Dieckmann, was born of a chance meeting on the streets of Jerusalem. She didn’t explain why she lives in Jerusalem now, but did reference the banning of her books in Lithuania. She thanked the Lithuanian Jewish Community and the Goodwill Foundation for support for the current book.

Dr. Dieckmann then recalled how he met Vanagaitė and how she convinced him to do the book together, saying she seemed to him to be an honest seeker after historical truth.

The series of interviews were conducted in English. The book launch at the Choral Synagogue was for the Lithuanian edition called “Kaip tai įvyko?” which was published with partial support from the Goodwill Foundation. The event included synchronous translations via headphones in English and Lithuanian. 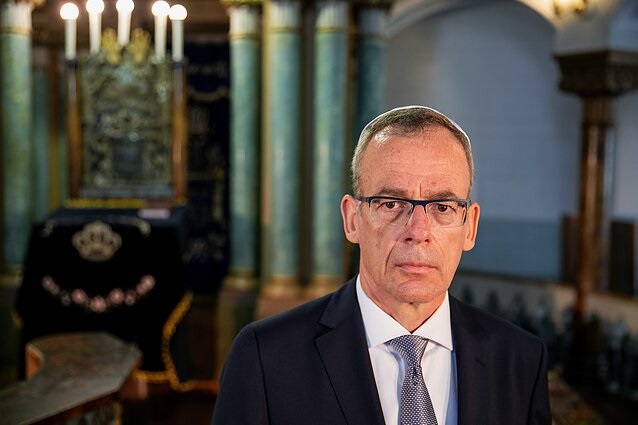 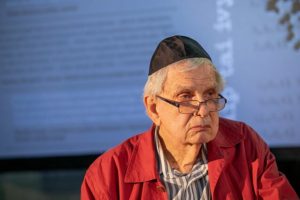 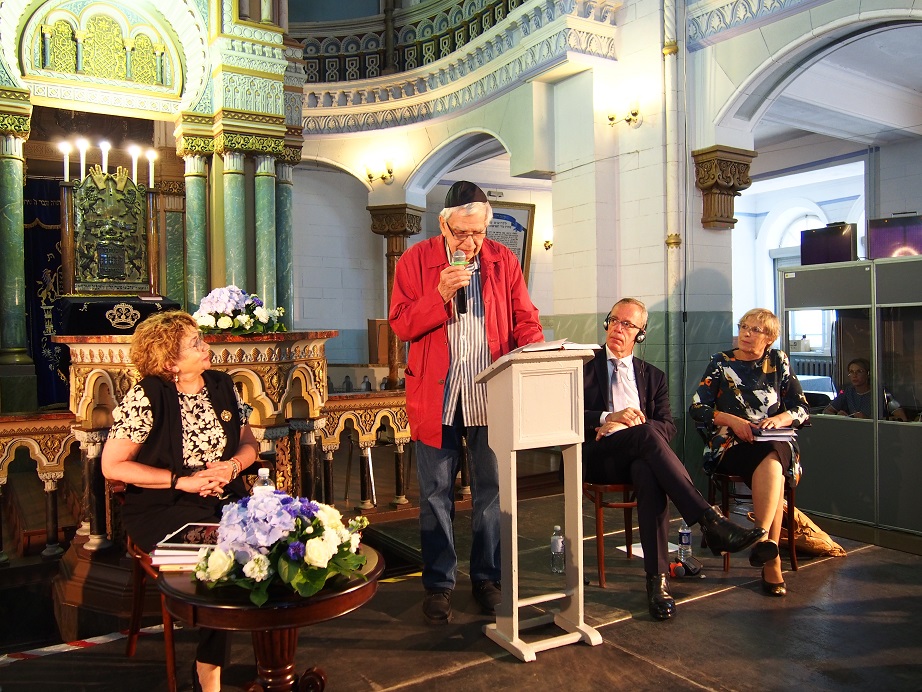 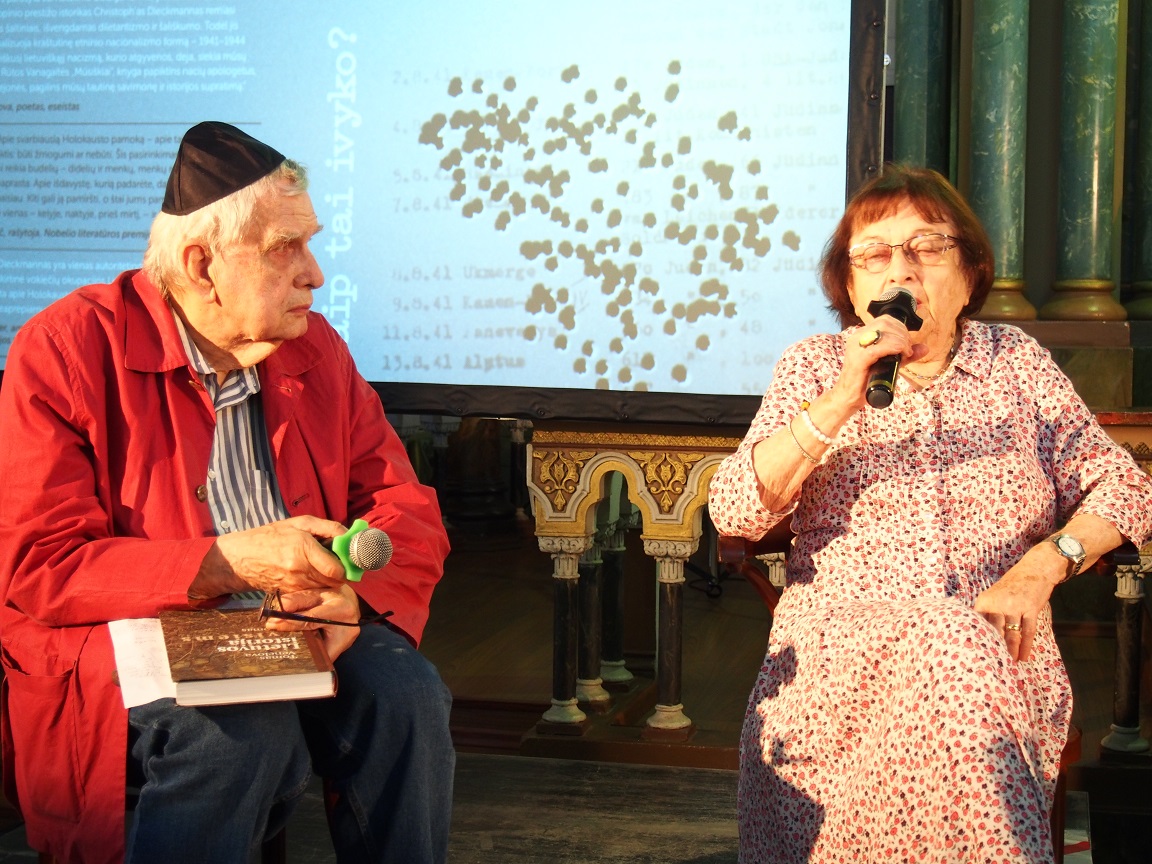 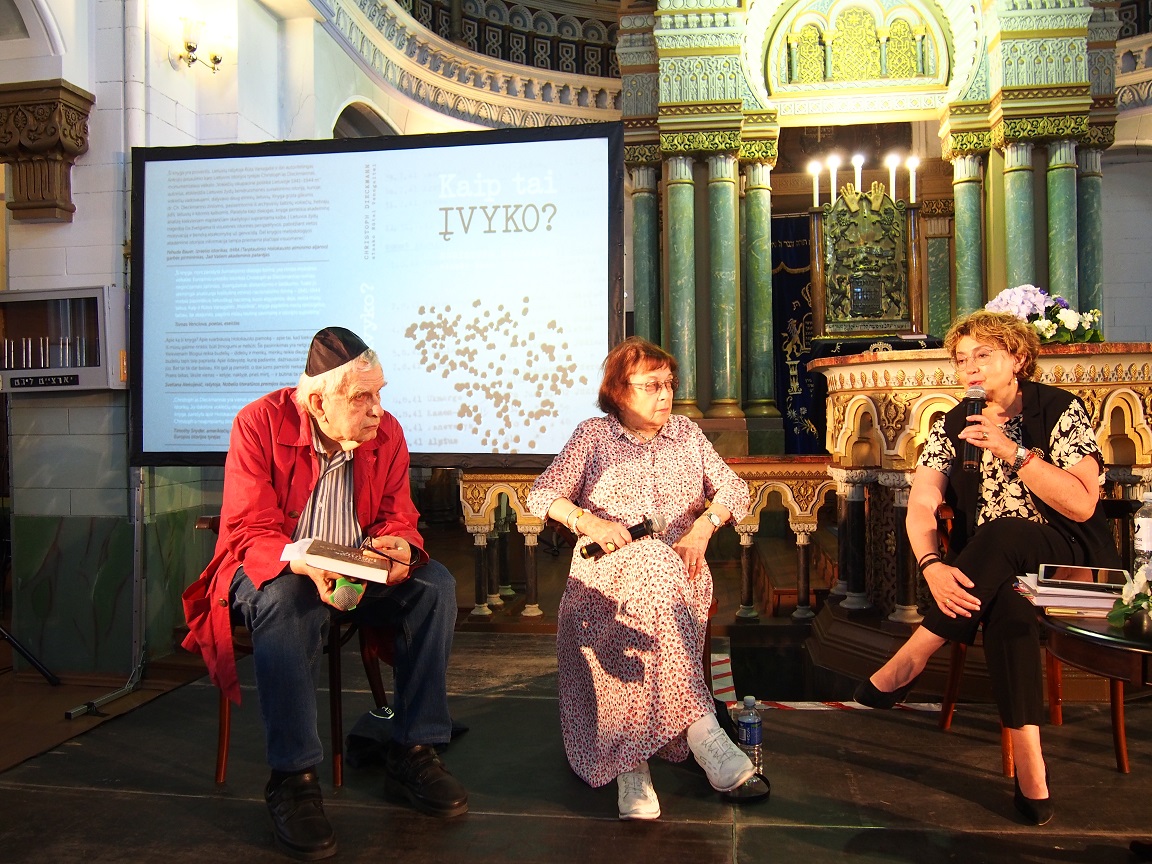 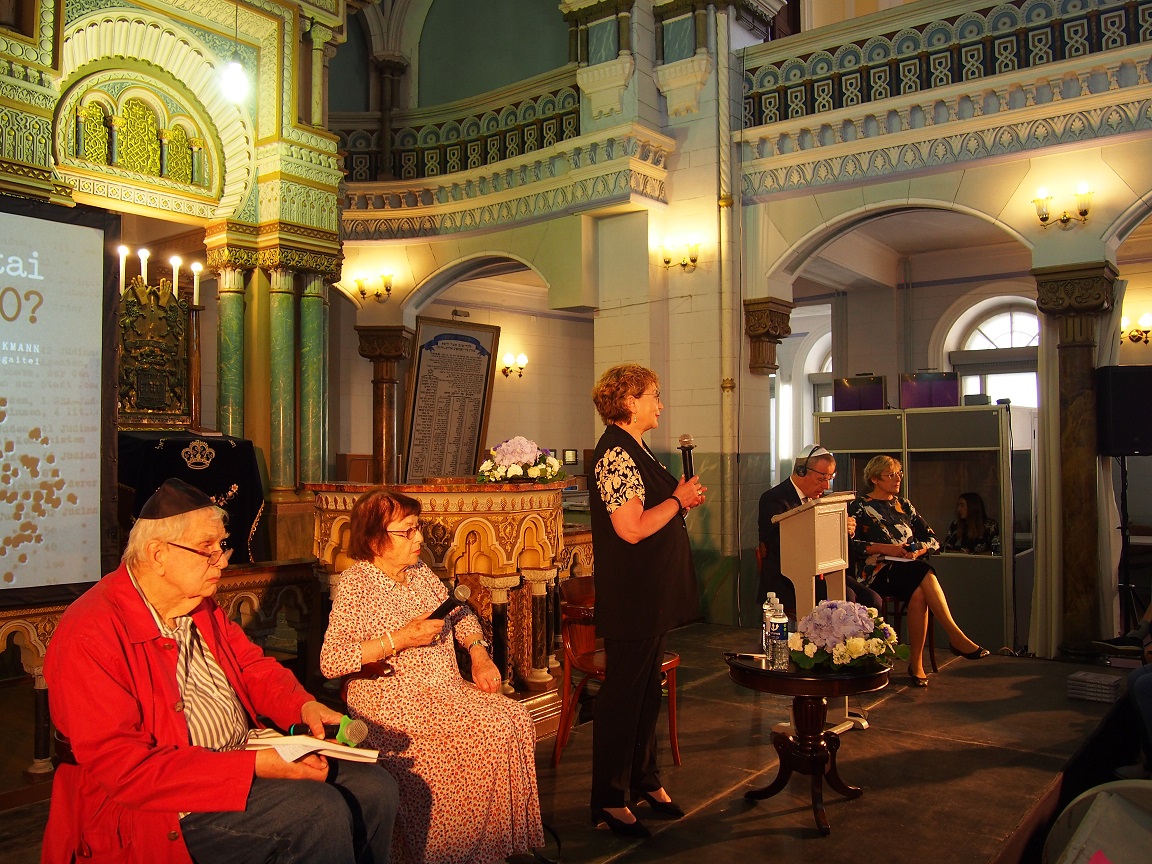 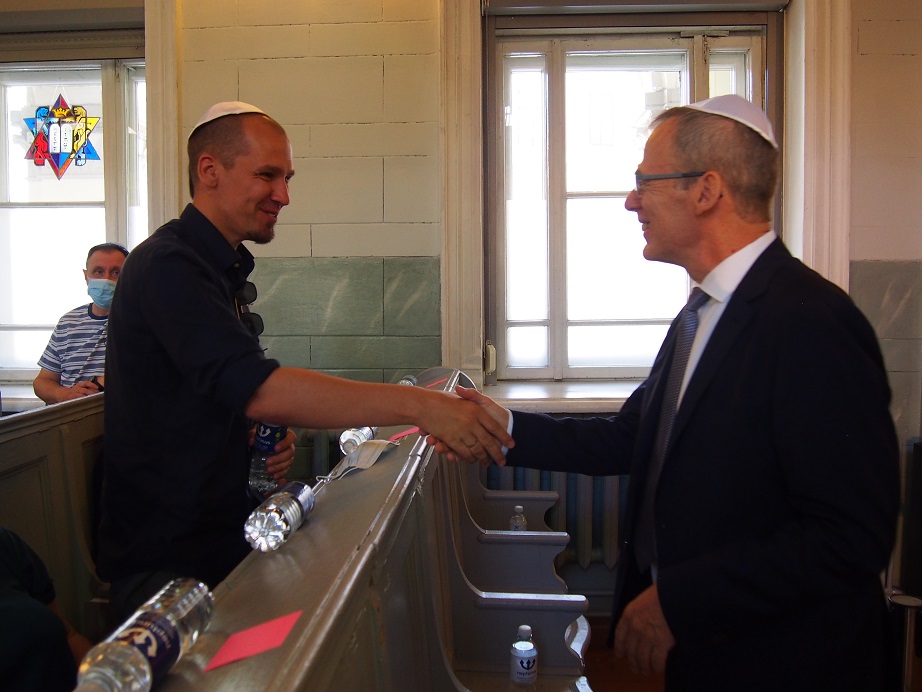 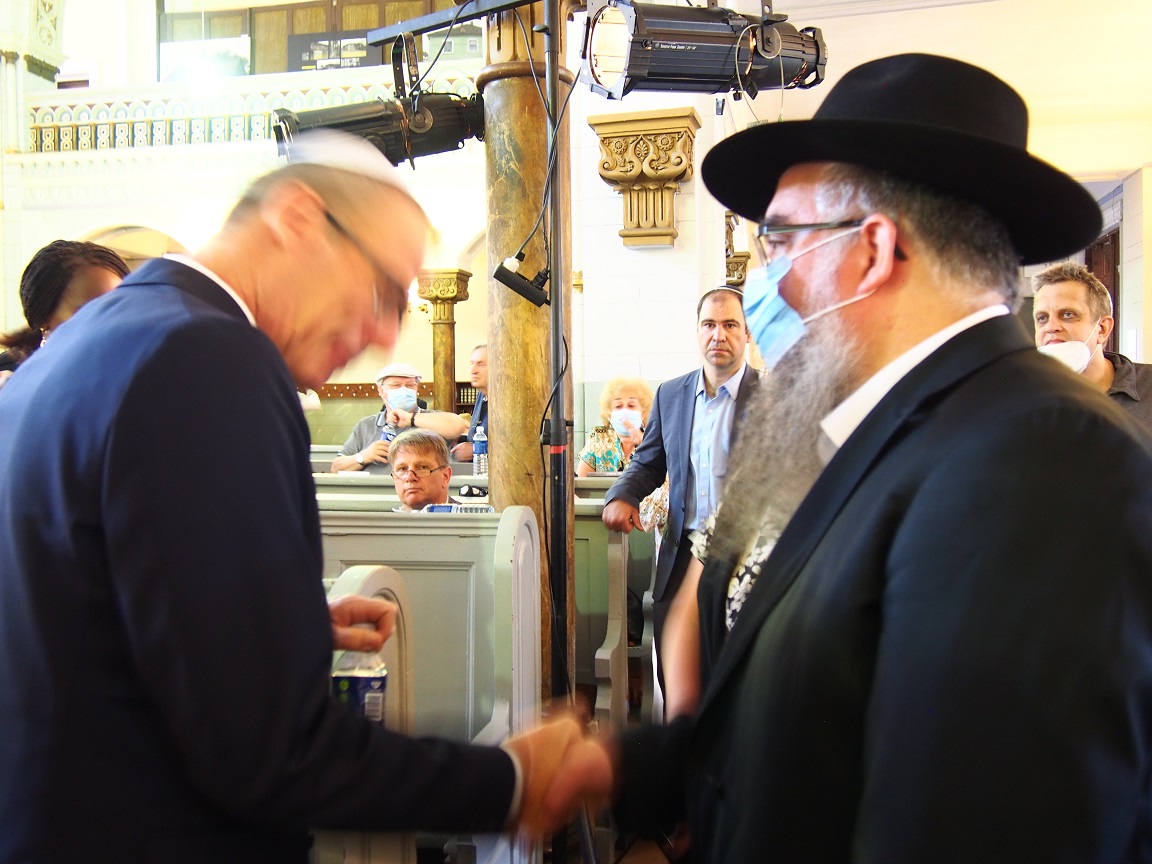 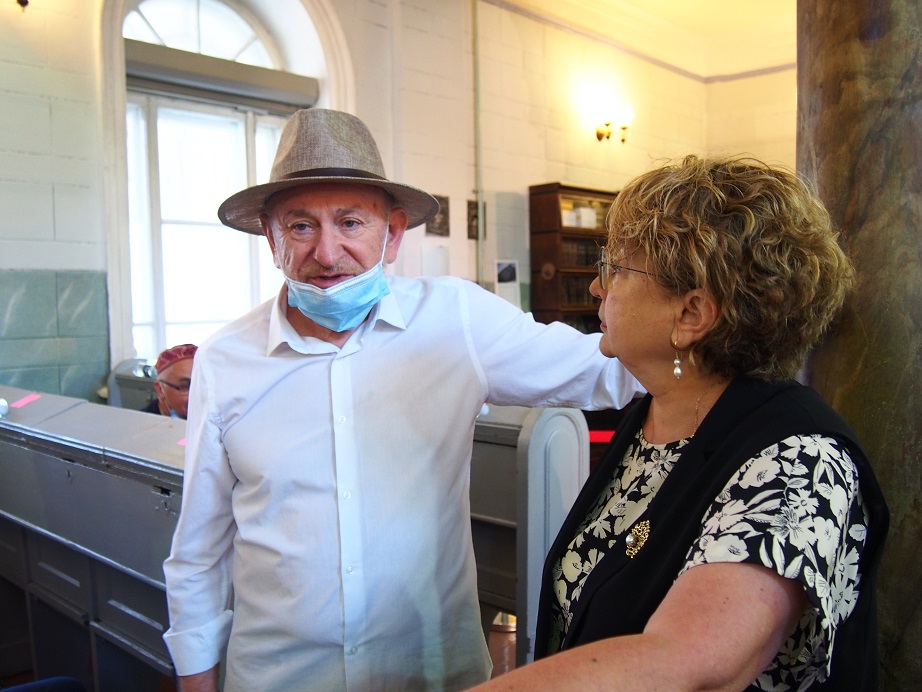 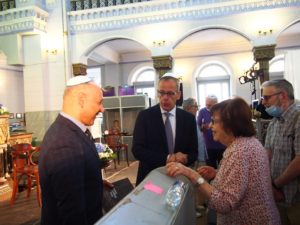 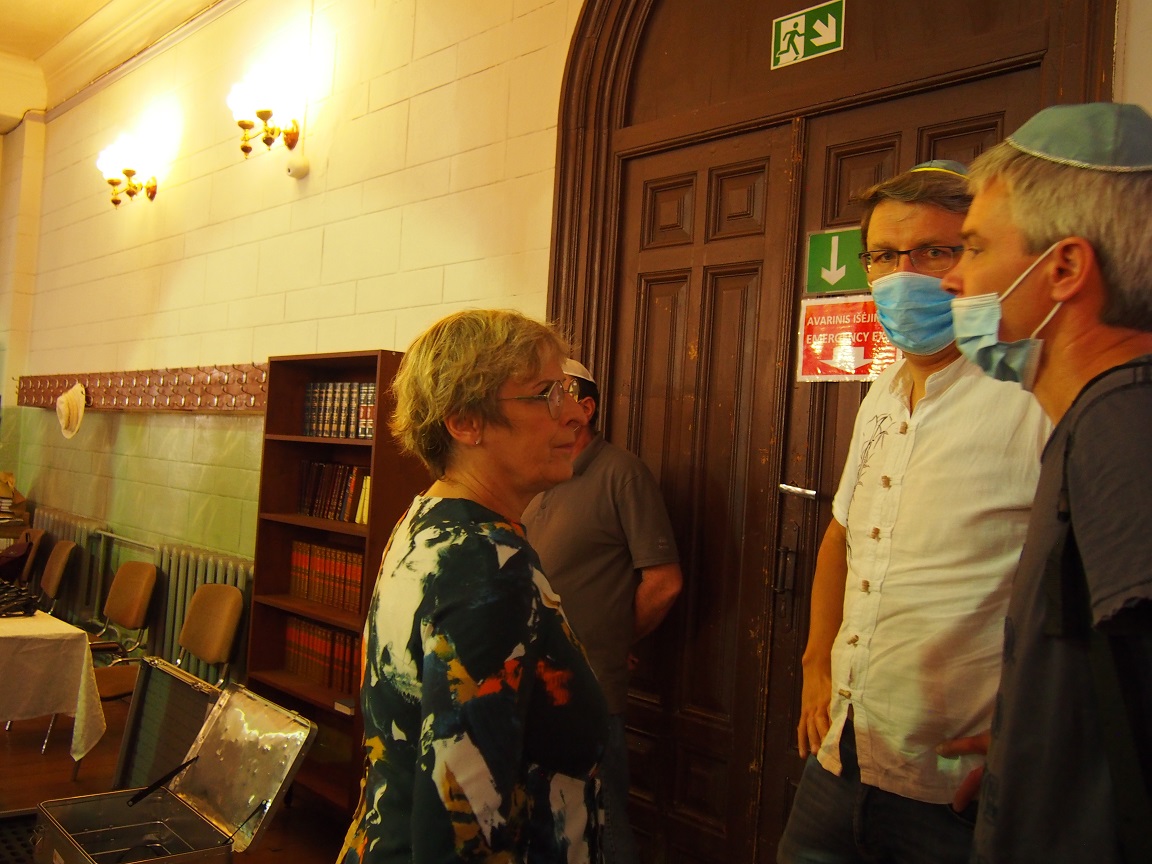 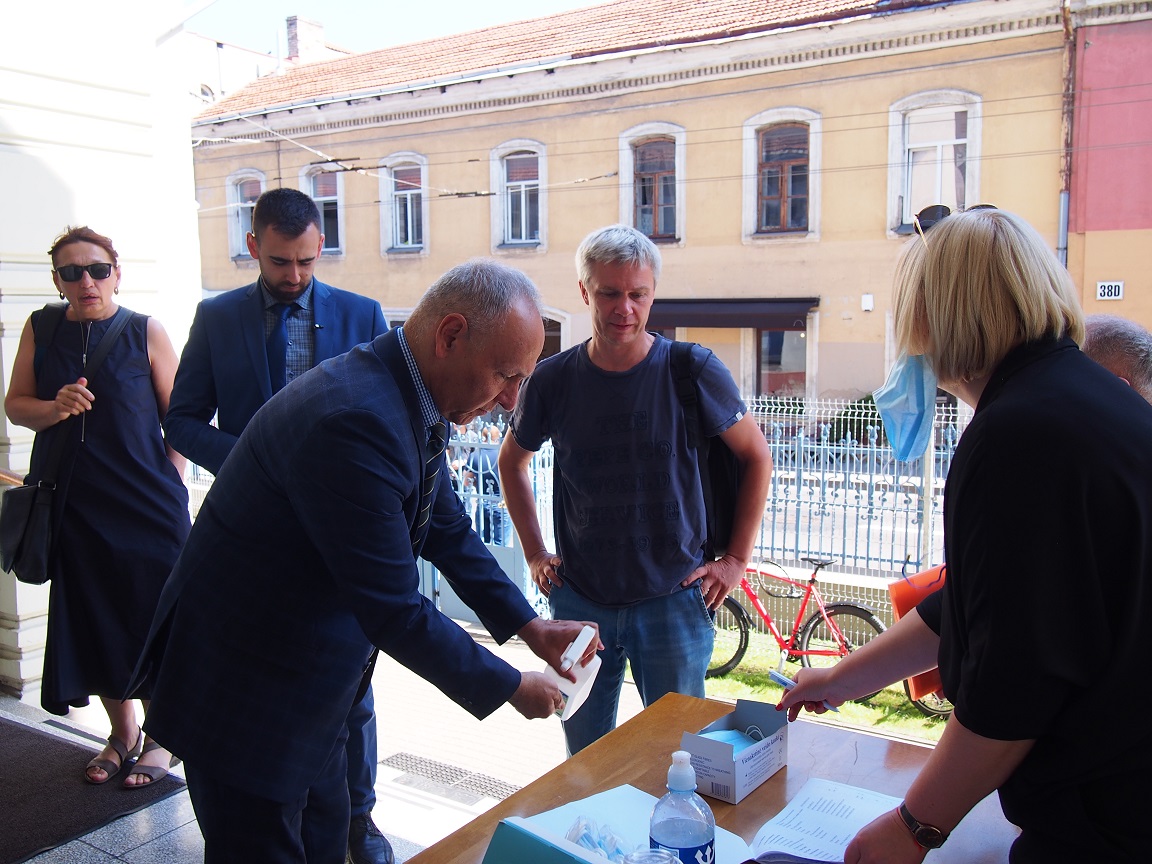 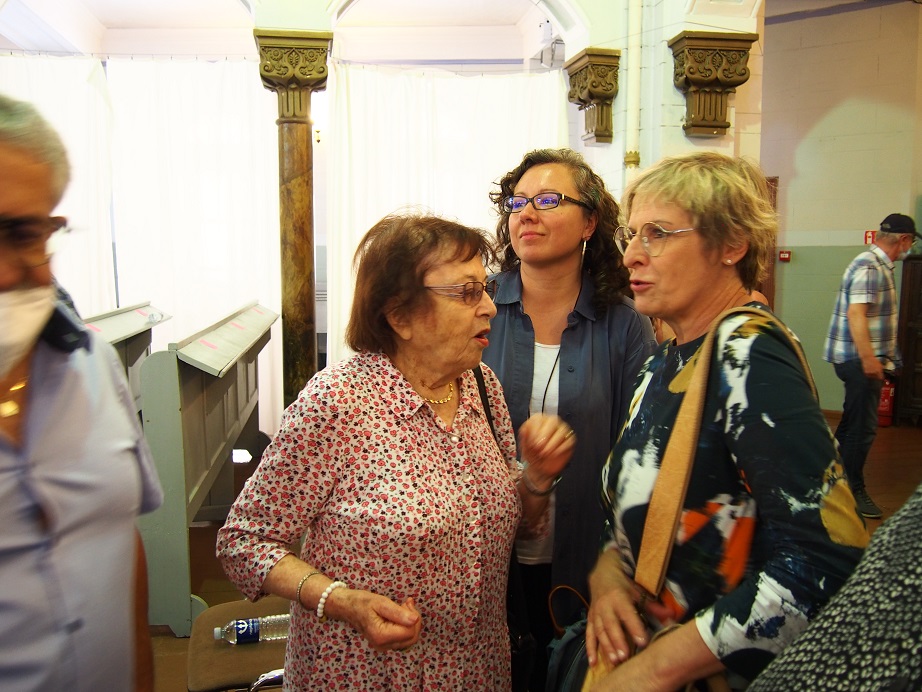