Information for my webpage readers

For your consideration, the article “On the Article ‘Did Kazys Škirpa Rescue a Jewish Rabbi?'”

You might well ask, “Why did you post a Lithuanian text on a Russian instead of a Lithuanian newspaper internet site?” I will tell you frankly:
Lithuanian sites won’t publish me.

It is a strange thing that the New York Times and Radio Free Europe/Radio Liberty quote me, and yet I am an undesirable author on Lithuanian sites.

Would you believe that in 2013 Artūras Račas, who was then the director of the Baltic News Service news agency, wrote an article about me called “Dear Jewish ‘professor,’ your anti-Semitism is wearisome: dedicated to Pinchos Fridberg” in which he passed on to me some great advice:

“Dear Pinchos, you who call yourself ‘professor,’ …

“stick a gag in your mouth, crawl under the table and be quiet.” 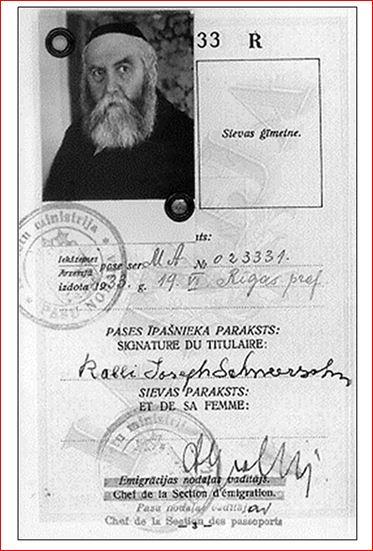 I have to say that right away I had an uneasy feeling about the literacy in the headline. A rabbi is a Jewish cleric, there is no such thing as a Catholic, Russian Orthodox, Islamic or Buddhist rabbi.

This article included a video which mentioned among others the respected Tablet magazine.

I understood right away this referred to the well-known article “The Nazi Who Saved the Lubavitcher Rebbe” printed July 15, 2019, which included a paragraph about the Lithuanian envoy to Germany,

“Once in Berlin,” said Rigg, “the Rebbe and his family were taken to the Jüdische Gemeinde, the Jewish community center in the Jewish quarter. There he met the Lithuanian ambassador to Germany who provided the Rebbe and his group with Lithuanian visas. The next day Bloch escorted them to the Latvian border and bid them farewell. The group continued to Riga and waited there for visas to the United States,”

which, one might guess, provided the foundation for asking whether Kazys Škirpa saved the rabbi.

It’s not difficult to understand from the Tablet article that Rabbi Schneersohn’s rescue in 1939 was arranged by American citizens who turned the issue into an international incident.

At the same time there is this speculation that people who allegedly participated formally in turning Schneersohn over to the USA–these people cannot be considered rescuers of Jews. In my opinion neither should the Lithuanian attaché to Germany be included in the ranks, someone who never for a second risked his own life in the story of the rescue of the Lubavitch rabbi.

Never mind that, Mr. Škirpa was a staunch anti-Semite and therefore in issuing the visas was most likely following orders from higher up in the German leadership.