Abraham “Abe” Cahan (July 7, 1860 – August 31, 1951) was Jewish American socialist newspaper editor, novelist, and politician. Cahan was one of the founders of The Forward, an American Yiddish publication, and was its editor-in-chief for 43 years. During his stewardship of the Forward, it became a prominent voice in the Jewish community and in the Socialist Party of America, voicing a relatively moderate stance within the realm of American socialist politics.

Abraham Cahan was born July 7, 1860, in Podberezhie in Belarus (at the time in Vilnius Governorate, Russian Empire), into an Orthodox Litvak family. His grandfather was a rabbi in Vidz, Vitebsk, his father a teacher of Hebrew and the Talmud. The devoutly religious family moved to Vilnius in 1866, where the young Cahan studied to become a rabbi. He was attracted by secular knowledge and clandestinely studied Russian, ultimately demanding that his parents allow him to enter the Teachers Institute of Vilnius from which he graduated in 1881. He was appointed as a teacher in a Jewish school funded by the Russian government in Velizh, Vitebsk, in the same year. 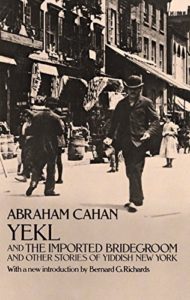 In Czarist Russia, repression from both the government and the Russian Orthodox Church restricted the travel, settlement, and educational opportunities of Jewish subjects, who were subject to discrimination and brutality. By 1879, when Cahan was still a teenager, he had associated himself with the growing radical revolutionary movement in Russia.[6] After the Emperor Alexander II of Russia was assassinated by a member of the Socialist Revolutionary Party in March 1881, all revolutionary sympathizers became suspect to the Russian police. In 1882 the Russian police searched Cahan’s room for radical publications that could be linked to the Socialist Revolutionary Party. The visit from the police prompted the young socialist schoolteacher to join the great emigration of Russian Jews to the United States that was under way (at the time, three quarters of Jewish immigrants to America came from the Russian Empire). Cahan arrived by steamboat in Philadelphia on June 6 of 1882 at the age of 21 and immediately traveled to New York City, where he would live for the rest of his life. 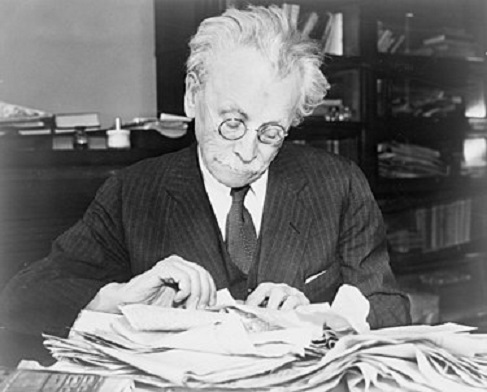 A film based on Cahan’s book Imported Bridegroom about Jewish immigrants was released to good reviews in New York in 1990.

For more, see the wikipedia article here.
More on his writing here.