Around noon on Wednesday I went to take a look at the progress of the electrical wiring being installed in the prayer hall of the Choral Synagogue in Vilnius. I noticed a man who was looking over the synagogue carefully. I greeted him in Hebrew and he immediately began asking me questions about synagogue operations, Lithuanian Jewish life and in general “how are you living in Lithuania?” A usual Jewish question.

As a Jew I of course responded to his questions with questions: where are you from, why are you interested in the synagogue, are you perhaps in need of tefillin? … Then the visitor humbly introduced himself, explaining he was attending an academic conference at Vilnius University and had given himself an extra day especially for going to the synagogue, hoping to meet a Jew and get a chance to talk, maybe even in Yiddish, and then walk around the Vilnius Old Town a bit.

His family came from Poland and Vilnius looks a lot like where they came from. Then he said almost in passing, “I was invited to Vilnius University because I’m a Nobel prize winner…” I thought it was quite a good joke! In Yiddish I asked him to tell me the story of his life and how he had come to be the recipient of this most prestigious prize in the world.

What I heard was a wonderful and tragic postwar story of a Polish Jewish family. He took my card and promised to send me his linkedin profile if I wanted to find out about his academic activities.

We said goodbye to  each other on the synagogue terrace. Looking sadly at the building, he said: “You have a beautiful synagogue. And who knows how man Nobel prize winners Lithuania would have had if thousands of Jews hadn’t been murdered in Lithuania’s cities and towns during the Nazi period.”

An hour later on the dot I received a letter from the Nobel prize winner Aaron Ciechanover.

This is a translation of the letter in Hebrew [from Lithuanian to English]:

Today as I visited the Vilnius synagogue I experienced special feelings. Our meeting and your telling of the history of the Vilnius Jewish \Religious\ Community which today is still thriving, functioning and known. I wish the community health and strength as it grows into the second spiritual capital of the Jewish people.

I hope to see you again soon,

For more about the famous biologist, see: https://www.youtube.com/watch?v=XSXoTpw-ti0 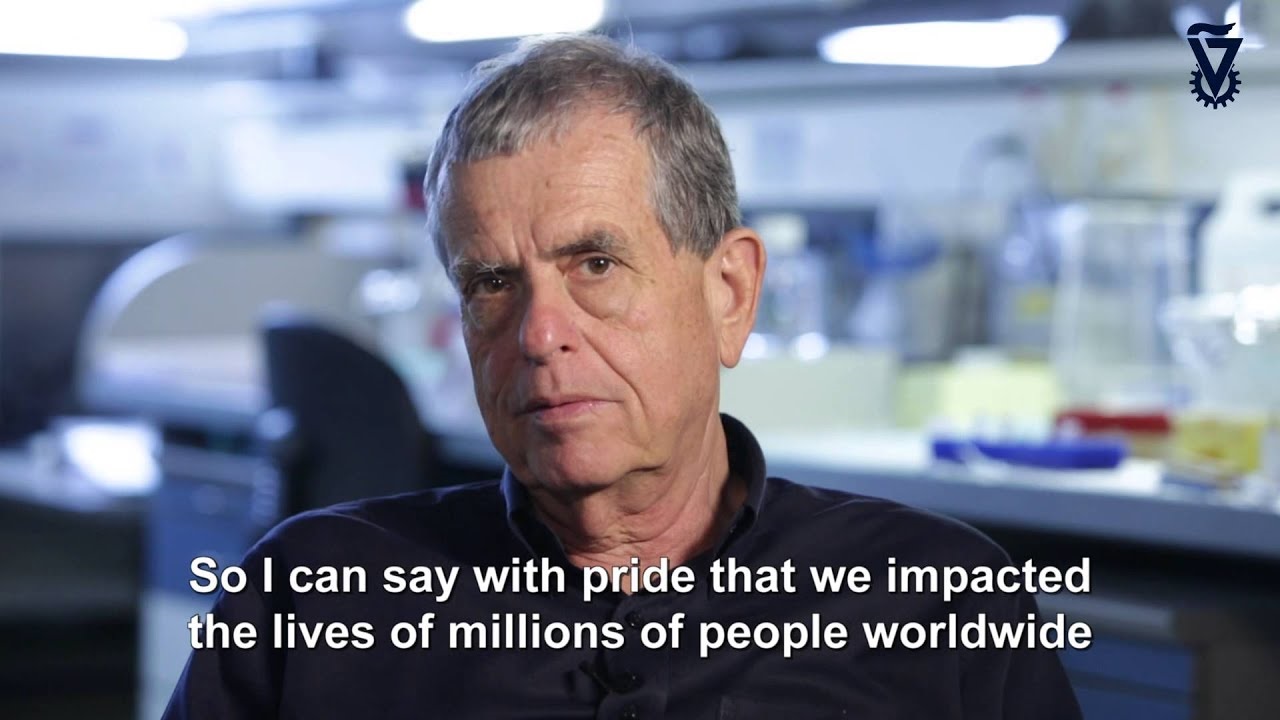