Lithuanian Jews and Jews around the world began celebrating Hanukkah, the festival of lights, December 22, lighting the first light on the menorah. The Lithuanian Jewish Community has a menorah set up on the balcony of headquarters in Vilnius.

Because the Jewish day begins at sundown, Hanukkah actually began on the evening of December 22. Members of the Community, friends and Israeli ambassador Yossi Avni-Levy attended the lighting ceremony.

LJC chairwoman Faina Kukliansky said Hanukkah is folklore as well as a religious holiday lasting eight days, symbolizing the miracle of the lamp oil which lasted eight days at the Second Temple in Jerusalem during the Maccabee uprising. She wished everyone a happy Hanukkah, and that the festival of lights would impart happiness, health and joy among all families. 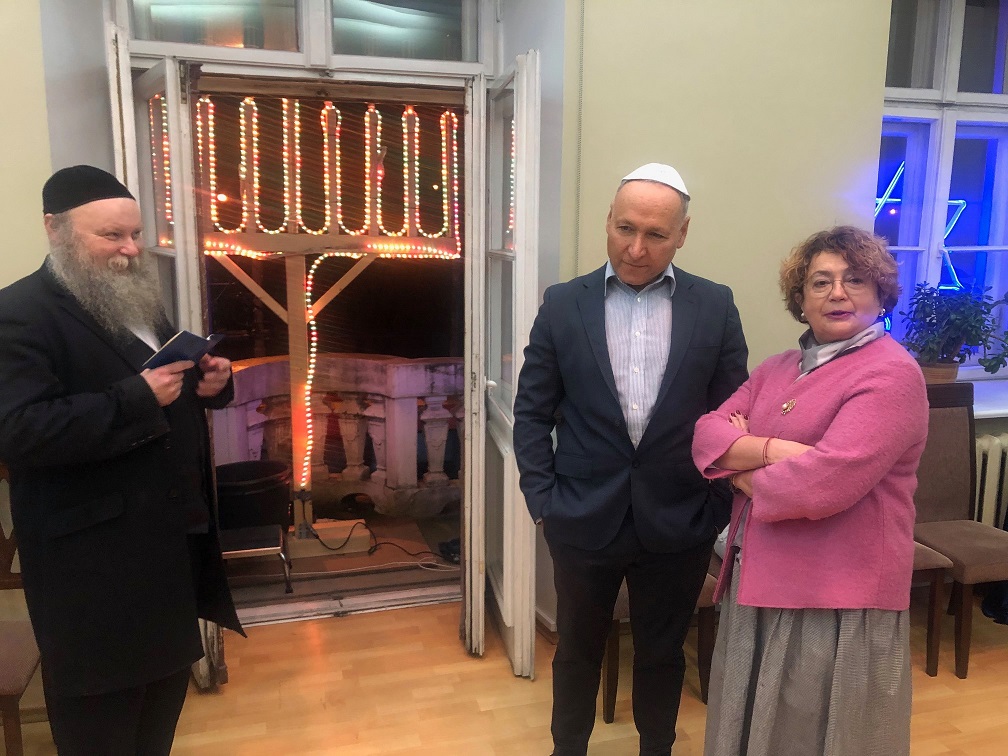