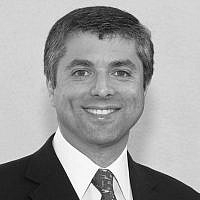 The first mass murders of Jews in the Holocaust began in Lithuania. Germany had not yet decided to annihilate the Jews of Europe; they had put forth the idea to relocate Jews to Madagascar or Uganda, but the war made this plan impossible. Lithuania proved to the Nazis that there was indeed an alternative.

Upon Nazi arrival, Einsatzkommando 2 of the German Security Police asserted charge of murders of Jews. Einsatzkommando 2 reported the murder of 114,856 Lithuanian Jews as early as December 1, 1941. One hundred and thirty-nine Nazi personnel, of whom forty-four were secretaries and drivers, and ninety-five were murderers, directed this slaughter. Local Lithuanians enthusiastically and voluntarily conducted the looting, raping, torture, enslavement and murders of their Jewish neighbors. Thereafter, Germany introduce the Final Solution of the Jewish problem in January 1942.